Please ensure Javascript is enabled for purposes of website accessibility
Free Article Join Over 1 Million Premium Members And Get More In-Depth Stock Guidance and Research
By Maurie Backman - Nov 17, 2019 at 8:04AM

Don't be your own roadblock.

There will probably come a point in your career when you're tired of being stuck in the same role and start vying for a promotion. Now to successfully climb the ranks, you may need to boost your skills, take on more responsibility, or do something else to prove to your manager that you're capable of reaching that next level. And if you're not careful, you could end up thwarting your efforts to get promoted, thereby creating a scenario where you're bored and frustrated. Here are a few ways you may be sabotaging your chances at a promotion -- and what to do about them.

Sometimes, getting promoted boils down to having the right attitude. If you present yourself as a confident person, your manager is more likely to have faith in you, so check your timid sentiments at the door and instead start acting like the capable person you are. When you get up to present at meetings, own the room. When you have suggestions to run by your boss, don't qualify them with "I'm sorry to disagree, but..." Instead, make it clear that you know what you're doing and should therefore be trusted to do more. 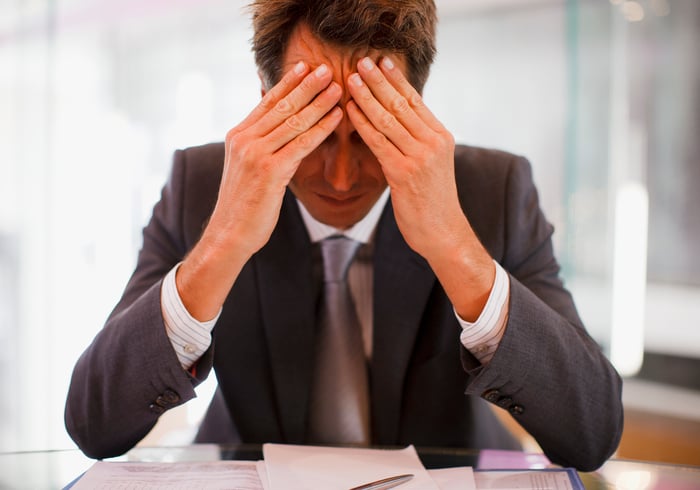 2. Not stepping outside your comfort zone

It's one thing to volunteer for new projects that align with the work you do all the time, but it's another thing to step up and take on initiatives no one on your team has tackled before. It's the latter that's more likely to land you a promotion, so don't balk at the idea of trying something completely out of the box or outside your realm of expertise. If you make it clear that you're not afraid to experiment or be vulnerable, your boss might choose you for the next promotion that opens up.

Your boss may not be your only ticket to a promotion, and if you don't network internally, you could lose out on key opportunities. Talk to different managers within your company, and get to know people in different departments, even if they're not ones you work with. You may find that when an opening pops up elsewhere, your name comes to the right person's mind.

Getting promoted often means taking on more of a workload and facing additional pressure. And that's the sort of thing that may not appeal to everyone. As such, your boss may not be so quick to promote you in an effort to spare you that fate, so if you're keen on a title change despite the negatives involved, make that abundantly clear. Sometimes, the simple act of asking for what you want is enough to help you get it.

The last thing you want to do is inadvertently prevent yourself from getting promoted. Take the time to examine your attitude and behavior at work, and make changes if you're guilty of any of the above. A little self-assessment could set the stage for a positive career shift, and the job-related satisfaction that comes with it.