Please ensure Javascript is enabled for purposes of website accessibility
Free Article Join Over 1 Million Premium Members And Get More In-Depth Stock Guidance and Research
By Maurie Backman - Nov 21, 2019 at 6:54AM

In today's competitive job market, retaining talent is easier said than done. But high employee turnover can be a costly, time-consuming problem to deal with. The process of recruiting job candidates, conducting interviews, and onboarding new hires can be a strain on your company's limited resources and impact its bottom line, so if you'd rather not grapple with turnover, you'll need to step up your game on the retention front.

To this end, LinkedIn did some research to see what factors lend to better employee loyalty. Here's what it found.

Nobody wants to feel stuck in a dead-end job. But if your workers don't shift roles from time to time, they may begin to grow frustrated and seek employment elsewhere. To combat that, help your employees move around within the company, even if just laterally. 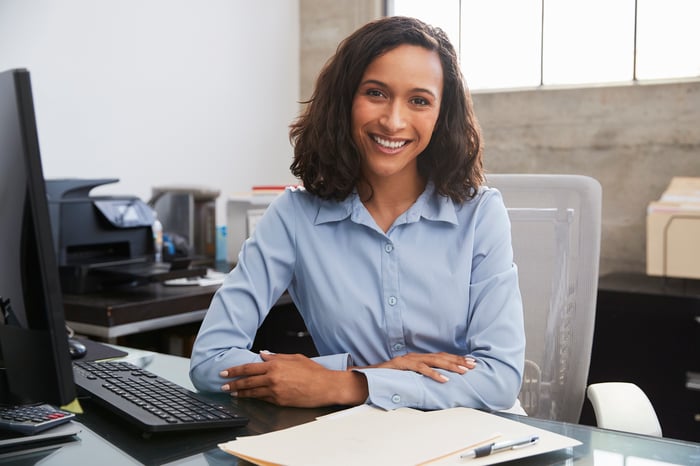 If you're not sure where your management team stands, do some digging. Survey employees to see if they're satisfied, and be prepared to invest in training to get your leadership team up to snuff. That could mean insisting on a shift in attitude among some of your company's highest-ranking officers -- a shift toward flexibility and open-mindedness.

Employees who feel like they're in control at work are more likely to remain loyal to their companies than those who feel like cogs in a machine who never actually get a voice. LinkedIn says that among companies where individual employees get to influence decisions, there's a 47% of workers staying put after three years. Among companies that are less empowering, that percentage drops to 35%.

To help ensure that your workers feel empowered, aim to foster a company culture based on openness and collaboration. And, give employees a forum for sharing ideas and concerns, such as companywide town hall meetings.

Losing employees to outside offers can hurt your business in more ways than one. If you'd rather not have to deal with the process of replacing workers who leave, make a solid effort to retain your existing staff, especially if you're happy with it. Chances are, some manageable changes on your end could set the stage for increased loyalty on a long-term basis.