Please ensure Javascript is enabled for purposes of website accessibility
Log In Help Join The Motley Fool
Free Article Join Over 1 Million Premium Members And Get More In-Depth Stock Guidance and Research
By Maurie Backman - Jan 29, 2020 at 10:36AM

It relates to your health as well as your career.

Many of us feel compelled to work longer hours to get ahead professionally, or to keep pace with our ever-competitive peers. But burning the midnight oil could be harming our health.

An estimated 22% of U.S. employees work 50 to 59 hours per week, on average, according to Sleep Junkie, a comprehensive online sleep guide. And 54% put in 40 to 49 hours on average, the higher end of which can take a toll.

And that toll is evident. A good 51% of those who work 40 to 49 hours a week say they're physically exhausted, while 54% are mentally exhausted. The same holds true for more than 60% of workers putting in 50 to 59 hours a week. 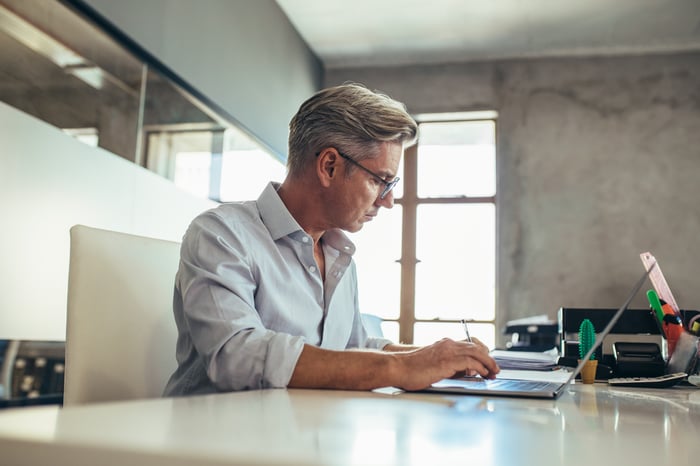 If you have a tendency to plug away at your desk till you reach the point of all-out exhaustion, you're pretty much one step away from burnout. And stopping yourself from reaching that point could spare you a world of distress.

Don't let yourself burn out

It's easy to chalk the notion of burnout up to a bunch of health advocates in desperate need of a buzzword. But believe it or not, burnout qualifies as a legitimate condition. The Mayo Clinic defines it as "a state of physical, emotional, or mental exhaustion, combined with doubts about your competence and the value of your work."

If you're teetering on the edge of burnout, you must make some work-related changes immediately to avoid completely falling victim to it. First, get better at managing your time while you're in the office. At the start of each week, write up a list of priorities so you know which tasks you need to focus on first. Refer to that list every morning when you come into the office, and check in on it again mid-day. Doing so could help you make smarter decisions that get you out of the office earlier.

At the same time, set better boundaries. If your long hours at work stem from a demanding boss or lazy colleagues, put your foot down. Insist that you need to leave at a certain time at least some nights during the week, and if you have teammates who aren't pulling their weight, don't let them get away with it. Nobody wants to be a tattletale, but if you're routinely staying at the office an hour later than you want to in order to compensate for other people's shortcomings, that's something your manager must be made aware of.

Finally, identify the things you're really good at, and ask for permission to offload a few tasks you're not as efficient at. For example, if you're a talented web developer who's also tasked with writing up progress reports each week, and you struggle with the latter task, see if you can provide your boss with some quick points in bullet form instead. That way, you won't waste time composing well-thought-out sentences if writing just isn't your strong suit, and it's not something you were specifically hired to do.

Burnout can harm your physical and mental health, and it can also hurt your career. Your best bet? Avoid it. Doing so could boil down to cutting your hours, but if you get better at establishing priorities, setting boundaries, and focusing on the right tasks, you'll likely find that you're able to escape the office at a more reasonable time.