Please ensure Javascript is enabled for purposes of website accessibility
Log In Help Join The Motley Fool
Free Article Join Over 1 Million Premium Members And Get More In-Depth Stock Guidance and Research
By Maurie Backman – Apr 15, 2020 at 6:36AM

It's no secret that COVID-19 has hurt the economy, but the job market may be affected more than you'd think.

If you're following the news, you're well aware that the impact of COVID-19 stretches far beyond the realm of healthcare; the outbreak is also battering the U.S. economy and forcing millions of Americans out of a job. The crisis has also hit small businesses hard, forcing many to shut down temporarily, and possibly permanently. And new data from job site Glassdoor reveals that, not shockingly, the job market has taken a beating as well.

What is shocking, however, is the extent to which job openings have declined in less than a month. Between March 9 and April 6, roughly 20% of new job listings disappeared, marking the lowest level since February 2017. And Glassdoor reports that on a percentage basis, the U.S. stands to lose as many job openings in the first four weeks of the COVID-19 crisis as it did during the first nine months of the Great Recession. 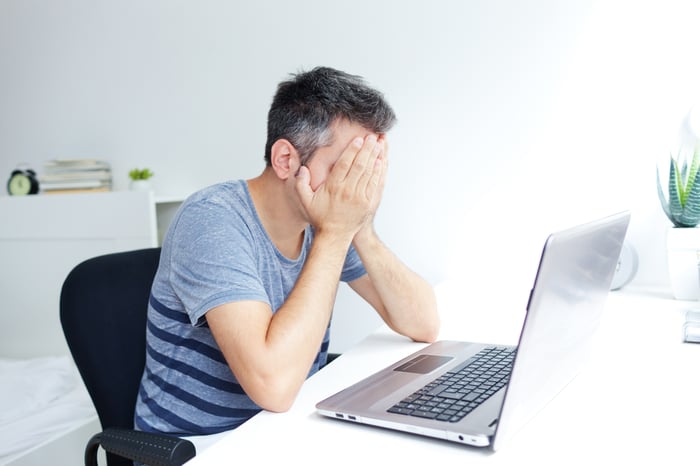 Who's getting hit the hardest?

While businesses all over the country are hurting from COVID-19, certain industries have had to bear more of the brunt. These include:

Even supermarkets are showing declines although they're an essential business whose product is high in demand right now.

What does this mean for workers?

Employees who have lost their jobs in the past few weeks may need to gear up for a potentially lengthy period of unemployment, in part because of a decline in openings but also because of the social distancing mandate that makes certain work impossible. Thankfully, there's relief available for those who are currently without a paycheck from work. As part of the $2 trillion economic stimulus package that was passed in late March, workers who lost their jobs during the crisis through no fault of their own can qualify for an extra $600 a week in unemployment benefits on top of the weekly benefit they're otherwise entitled to. Unemployment benefits have also been extended by 13 weeks across all states.

And that's just where things stand today. If the situation grows even more dire, we may see additional relief measures implemented.

Of course, many workers have managed to retain their jobs, whether because they're considered essential or because they've been able to shift to a remote setup. If you're one of them, make every effort to save a chunk of your earnings in the coming weeks so that if the situation worsens, you'll have an emergency fund to fall back on. At the same time, aim to keep your job skills current, and maybe even learn a few new ones to make yourself a more viable job candidate should the need to find work arise.

The longer COVID-19 poses a threat to Americans' health, the more the economy is apt to suffer. As a member of the workforce, your best bet may therefore be to hope for the best, but actively plan for the worst.