Please ensure Javascript is enabled for purposes of website accessibility
Log In Help Join The Motley Fool
Free Article Join Over 1 Million Premium Members And Get More In-Depth Stock Guidance and Research
By Chris Neiger - May 25, 2016 at 6:00PM

Falling iPhone sales, Mac sales slipping to Chromebooks, and trouble in India define most of Apple's year so far. 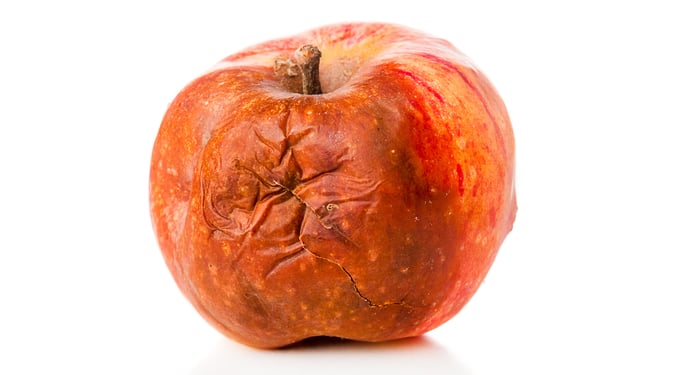 Perhaps you've already noticed, but Apple's (AAPL -2.77%) having a fairly drab year so far. Sure, the company's stock is down about about 7% since the beginning of the year, but there's much more to it than that.

Apple's had some bad news in few of its product categories over the past five months, and some of the company's biggest prospects are having a hard time gaining traction.

Let's take a quick look at how the company's year is going so far:

The news wasn't all that surprising considering Apple mentioned back in January that iPhone sales would slow, but that didn't make news any easier to swallow for investors.

The success of the iPhone 6 last year made it difficult for the 6s to outperform its sales numbers, but it's hard to know right now whether the next iPhone will bring sales back to their usual levels, or if lower sales are the new normal.

Apple Watch gets a price cut

Apple entered the wearables market just over a year ago, and so far it's doing pretty well. The company currently holds the No. 1 position for smartwatch sales and is the No. 2 worldwide wearable tech vendor, according to IDC.

But Apple made a curious move in March when it announced $50, or 14%, price cut for the Apple Watch. Despite the company making some positive inroads into wearables, the price cut is clearly a move to spur sales.

It's not unprecedented for Apple to drop the price of a new device (it shaved $200 off the original iPhone price a few months after it launched), but it still indicates that Apple many be unhappy with the number of Apple Watch sales.

In the first quarter of this year Chromebook shipments surpassed Mac shipments for the first time ever.

Most of this came from increasing Chromebook sales in the U.S. to the K-12 education market. Chromebooks outpacing Mac shipments for one quarter could be a short-lived story, but it's worth mentioning that Google just announced Android apps will soon be able to run on the Chrome OS, which could spur even more interest among consumers.

The news is by no means damning for Apple but is a setback considering Apple CEO Tim Cook says that Chromebooks are simply "test machines" for school kids.

And last, but not least, Apple is struggling to get its footing in the potentially lucrative smartphone market in India.

India rejected Apple's request to sell refurbished iPhones in the country. The country's government also recently said Apple won't receive an exemption on the high taxes it's set on iPhones because they're not made with at least 30% of locally sourced materials.

That's bad news because the iPhone's average selling price in the country is about 253% higher than Samsung's devices -- which is the No. 1 vendor in the country.

Apple could turn things around in the second half of this year, of course. These problems could all be fixed over time with the right strategies.

Apple's services revenue was up 20% year-over-year to $6 billion, and the company ended fiscal Q2 with $233 billion in cash and marketable securities. Additionally, sales from the quarter didn't include the company's latest iPhone SE release, so we'll have to wait until next quarter to see if those help prop up iPhone sales.

Apple could certainly turn things around the rest of this year, but the problems listed above certainly should give investors some concern as Apple seeks to grow in the post-PC and soon-to-be post-mobile era.