Gold prices are climbing again. That's good for miners, if it's sustained. 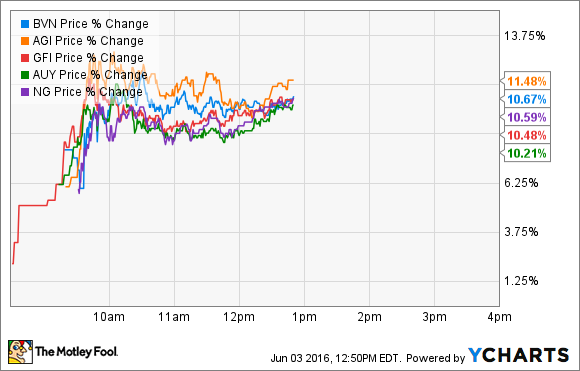 So what: The big driver is a surge in gold prices. Gold futures are up 2.4% today, one of the biggest single-day moves for gold prices since earlier this year. The big push is likely a product of today's jobs report, which shows U.S. jobs growth slowed to the lowest levels in five years in May.

How does this tie back to gold prices? It's a bit indirect, but it's largely related to interest rates.

The Federal Reserve seemed to be on track to raise the Fed's overnight funds rate -- a key number that affects the interest rate for nearly everything, including home loans, savings yields, and corporate debt -- for the second time in the past six months. But after this widely considered weak jobs report, expectations are now that it's more likely the Fed will table another rate increase to later in the year.

Interest-rate hikes are largely viewed as bad for gold prices, as this chart demonstrates: 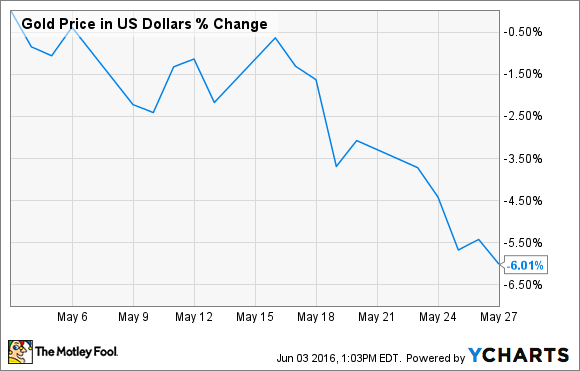 During the past month or so, the expectation has been that the Fed would raise rates soon, and that's been a drag on gold prices. Today's jobs report has many investors speculating that economic growth is set to slow, which would not only further delay rate increases, but also weaken returns from other investments, including stocks with broad exposure to the economy.

Gold stocks, however, are viewed a little differently, because gold prices often skyrocket in weak economic conditions, as well as when interest rates fall or stay low. So far this year, these gold stocks have been market-crushing investments: 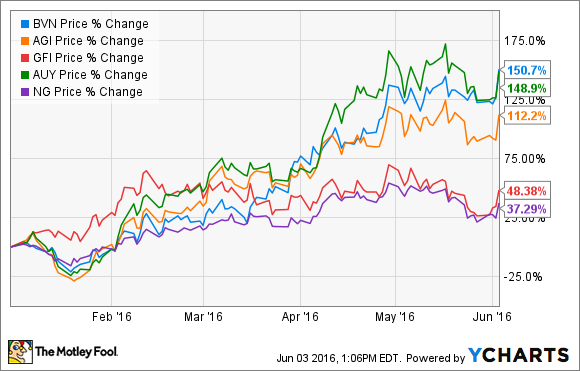 This is largely because gold prices, even after the May sell-off, are still up big since the start of 2016.

And investor sentiment in gold can be very fickle: 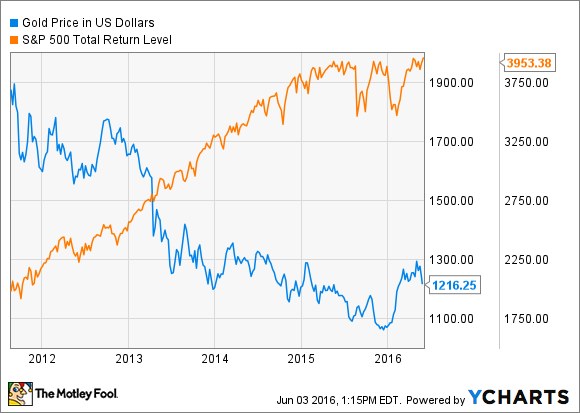 If the U.S. economy stumbles in the coming months, gold prices are likely to continue climbing, and that would further boost gold-mining stocks higher. But at the same time, if this turns out to be just a small bump in the road for the economy and jobs growth, the gold prices would likely falter, bringing gold-mining stocks back down to earth.

That's exactly what happened between 2011 and 2015 with the miners above, even when factoring in the strong gains so far this year: 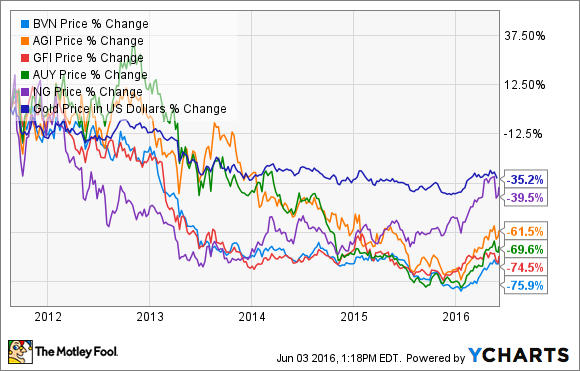 Bottom line: Gold stocks have largely become a proxy for gold prices, which itself is largely a product of speculation on the economy and interest rates.  So before you invest in any gold-mining stock, it's a good idea to understand what its operating structure looks like, and how much it needs to realize per ounce of gold that it sells to operate profitably.

Trading gold stocks based on what you think the economy will do in the short term is a 50/50 bet. Better to understand the fundamentals of the business first.