There's been plenty of buzz about chipmaker Qualcomm (NASDAQ:QCOM) making a big acquisition to diversify its core business away from mobile chips, where it has been losing market share to cheaper challengers like MediaTek and first-party chips from Samsung, Huawei, and other OEMs.

Two potential targets that analysts have frequently suggested are Xilinx (NASDAQ:XLNX) and NXP Semiconductors (NASDAQ:NXPI). Let's discuss how feasible it would be for Qualcomm -- which finished last quarter with $30 billion in cash and marketable securities -- to acquire either company. 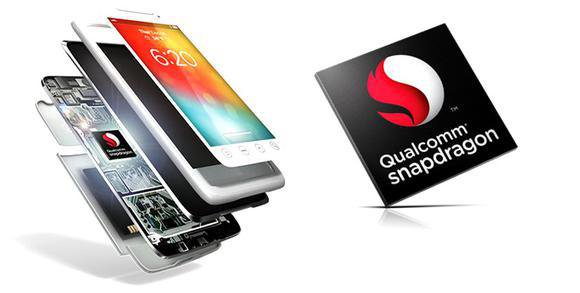 Why should Qualcomm buy Xilinx?

Xilinx, which has an enterprise value of $10 billion, is the biggest maker of field-programmable gate arrays (FPGAs) in the world. FPGAs are more flexible than traditional application processors, since they can be reprogrammed for a wide range of devices like servers, connected cars, smart appliances, and airplanes.

Xilinx's only meaningful rival in the FPGA market was Altera, which Intel (NASDAQ:INTC) acquired for nearly $17 billion last year. Buying Altera strengthened Intel's data center and Internet of Things (IoT) business, because pairing FPGAs with its x86 processors accelerated workloads and made its chip combinations more customizable for customers.

In the IoT market, Qualcomm has already launched a wide variety of chips for wearables, connected cars, drones, cameras, smart appliances, and other gadgets. Qualcomm acquired IoT chipmaker CSR last year for $2.4 billion to accelerate that expansion, and over 1 billion IoT devices are now powered by its chips. Pairing Xilinx's FPGAs with these chips can enhance their overall security and allay fears about hacked cars and smart homes.

Why should Qualcomm buy NXP?

NXP, which has an enterprise value of $31 billion, would be a much bigger acquisition. The Dutch chipmaker became the world's largest manufacturer of automotive chips after its $12 billion acquisition of rival Freescale last year, which puts it in a solid position to capitalize on the growth of connected and driverless cars. NXP also recently launched BlueBox, a turnkey computing platform for autonomous cars. NXP's platform consumes much less power than its closest competitor, NVIDIA's (NASDAQ:NVDA) Drive PX platform.

NVIDIA gained an early lead in the connected-car market by pivoting its Tegra mobile chips away from smartphones and toward car infotainment systems. It's now trying to build upon that first-mover advantage with end-to-end autonomous solutions like Drive PX. Qualcomm recently launched a new line of Snapdragon A-series chips with integrated LTE modems to counter NVIDIA, but it needs a game-changing boost -- like buying NXP -- to truly knock NVIDIA off balance.

But which acquisition makes more sense?

Qualcomm generated $25.3 billion in revenue in 2015. Buying either Xilinx or NXP would immediately beef up its QCT (chipmaking) business, which generated $17.2 billion of that total. Xilinx's revenue is expected to improve 5.5% to $2.3 billion this year, while NXP's revenue (boosted by the Freescale acquisition) is expected to rise 56.3% to $9.5 billion.

Analysts expect Xilinx to grow its annual earnings about 4.6% over the next five years, which gives it a five-year PEG ratio of 4.8. NXP is expected to post 24.8% annual earnings growth during that same period, which gives it a much cheaper five-year PEG ratio of 0.6. Since a PEG ratio less than 1 is considered undervalued, Qualcomm could get a good deal on NXP today even if it has to pay a big acquisition premium.

Moreover, Qualcomm already holds a key FPGA partnership with Xilinx, so it could already reap those benefits without buying the company. But if it buys NXP, it would gain the ability to bundle various automotive chips and solutions together to undercut ambitious competitors like NVIDIA. I'm not saying that Qualcomm will buy NXP anytime soon, but it certainly looks like a smarter purchase than Xilinx for now.