The iPhone maker could start replacing Qualcomm’s modems with Intel’s in the near future. 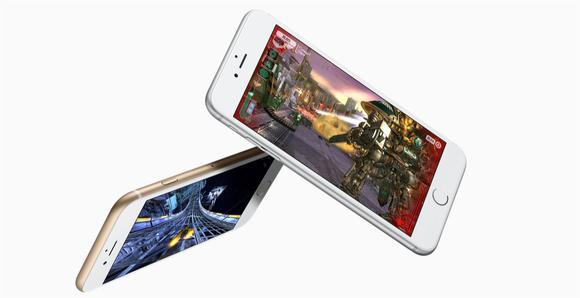 Intel (INTC -0.80%) could supply LTE modems for some of Apple's (AAPL 0.19%) upcoming iPhones, according to several reports recently corroborated by CLSA Securities analyst Srini Pajjuri. The reports claim that Intel has assigned over 1,000 employees to prepare its 7360 LTE modem for the iPhone 7. The new modems will reportedly support downlink speeds up to 450 Mbps -- a 50% upgrade from the max speed of 300 Mbps for the LTE Advanced standard used in the iPhone 6s.

Pajjuri estimates that Intel will produce "30% to 40%" of all LTE modems for the iPhone 7. That could certainly hurt Qualcomm (QCOM 0.25%), which currently produces all of Apple's LTE modems. Pajjuri claims that the deal could respectively reduce Qualcomm's annual revenue and earnings estimates by 4% and 2%, while adding between 1.5% to 2% to Intel's revenue and earnings.

What this deal means for Qualcomm
Qualcomm's chipmaking business has been under pressure due to rising competition from lower-cost app processor and modem makers like MediaTek. Top smartphone makers like Samsung and Huawei also started using their own chips instead of Qualcomm's to tighten control of their supply chains and boost margins. Those problems caused Qualcomm's chipmaking revenue to fall 22% annually to $4.1 billion last quarter as the unit's operating profit plunged 49% to $590 million.

In its 10-K filing for fiscal 2015, Qualcomm admits that revenues from Samsung, top Apple contract manufacturer Foxconn, and other Apple suppliers together accounted for 45% of its top line. Each of those three groups generated "more than 10%" of its sales. Apple only buys Qualcomm's LTE modems, since it develops its own mobile processors. The vast majority of Qualcomm's LTE modems are installed in iPhones instead of iPads, since only the pricier cellular variants of the tablets have LTE connectivity.

Therefore, losing 30% to 40% of Apple's modem business to Intel might cause Qualcomm's annual revenue to fall 4%, as Pajjuri expects. A faster-than-expected decline in chipmaking revenues would also force Qualcomm to accelerate its expansion into non-mobile markets like connected cars, action cameras, drones, and data centers.

What this deal means for Intel
A deal with Apple could strengthen Intel's long-suffering mobile unit, which tried to regain mobile market share from ARM by subsidizing smartphone and tablet OEMs with "contra revenues." Through those agreements, Intel gave OEMs steep discounts on Atom chips, provided financial assistance in redesigning logic boards, and financed co-marketing deals.

Those costly strategies caused the mobile business to post an operating loss of $4.2 billion in 2014, compared to a loss of $3.1 billion in 2013. In 2015, Intel stopped reporting its mobile results separately and combined the business with the PC unit to create the "Client Computing" group. While that move obfuscated Intel's quarterly mobile losses, the unit remains deeply unprofitable. During last quarter's conference call (as transcribed by Thomson Reuters), Intel CFO Stacy Smith claimed that the unit's profitability improved by "almost $1 billion," indicating that it still lost over $3 billion in 2015. He also noted that the 7360 was still being sampled by OEMs.

If Intel is applying the same contra revenue strategy to modems, Apple's decision to buy Intel modems makes a lot of sense. The move would simultaneously reduce production costs, boost margins, and possibly pressure Qualcomm to offer Apple more favorable prices. However, that certainly isn't great for Intel, and suggests that Pajjuri's forecast for 1.5% to 2% revenue and earnings growth could be too optimistic.

Could a foundry deal be in the works?
Another reason for Apple to strengthen its relationship with Intel is access to its foundry, which Qualcomm lacks. Apple currently relies on TSMC (TSM -0.36%) and Samsung's foundries to fabricate its A-series chips. However, complaints that TSMC's A9 processors were more power efficient than Samsung's reportedly forced Apple to shift all A10 orders to TSMC instead.

Since Apple doesn't like depending on a single supplier like Qualcomm, it would be logical for Apple to split A-series fabrication between TSMC and Intel. Looking ahead, some analysts expect Apple to merge the A-series chip and LTE modem in a single SoC. If Apple doesn't want to develop its own modem from scratch, it could license the IP from Intel and source the fabrication to its foundry in an exclusive deal. Samsung recently secured a comparable foundry deal with Qualcomm in exchange for installing its Snapdragon 820 processors in its new flagship devices.

Let's not jump to conclusions
Although a potential deal with Apple sounds like good news for Intel investors, they shouldn't jump to conclusions. Neither company has made official announcements regarding the partnership, and contra revenues could be playing a part in this deal. Even if Apple pays full price for Intel modems, a 1% to 2% bump in earnings won't likely offset the chipmaker's ongoing declines in PC sales and slowing demand for data center chips.