Please ensure Javascript is enabled for purposes of website accessibility
Log In Help Join The Motley Fool
Free Article Join Over 1 Million Premium Members And Get More In-Depth Stock Guidance and Research
By Leo Sun – Jan 22, 2016 at 8:09AM

Will Samsung’s new deal with Qualcomm lift the chipmaker’s sales this year?

Qualcomm (QCOM -1.36%) recently announced that Samsung's (NASDAQOTH: SSNLF) foundry will be the exclusive manufacturer of its new Snapdragon 820 chip. In exchange, Samsung will reportedly install the Snapdragon 820 into some versions of its new Galaxy S flagship devices. This deal reduces the possibility of Samsung evolving into a full-fledged rival against Qualcomm, but is it really a win-win deal?

How this deal helps Qualcomm
Last year, Samsung replaced Qualcomm's Snapdragon 810 chips and wireless modems with its own Exynos processors and Shannon modems in its flagship Galaxy devices. Samsung reportedly did that to save money, maintain tighter control over its supply chain, and avoid the Snapdragon 810's overheating issues.

Since Samsung was one of Qualcomm's top customers, Qualcomm's chipmaking (QCT) revenue and profits fell throughout the year. In fiscal 2015, Qualcomm's QCT revenues fell 8% annually, and the unit's earnings before taxes plunged 35%. By regaining Samsung's business, Qualcomm's top- and bottom-line growth should improve.

How this deal helps Samsung
Yet Samsung arguably got the better end of the deal, since it gains exclusive fabrication rights for the 820 chips while only promising to install them into some versions of its Galaxy S7 devices. This means Samsung hasn't ruled out using its own Exynos processors just yet. 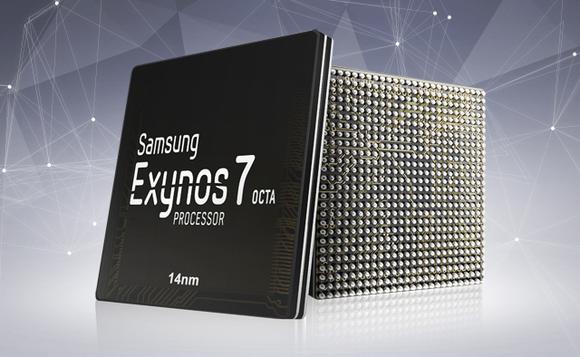 The deal with Qualcomm can help Samsung's foundry recover from the embarrassing "chipgate" fiasco with Apple (AAPL -1.96%) last year. TSMC and Samsung split production of Apple's A9 chips, but several tests claimed that TSMC's 16nm chips offered better battery life than Samsung's 14nm ones. Subsequent reports suggested that TSMC would become Apple's exclusive manufacturer for its A10 chip.

Analysts estimate that Qualcomm's 820 orders could generate $1 billion in revenues for Samsung's foundry and offset a potential loss of Apple's A10. That growth in the chipmaking business can also offset Samsung's declines in smartphones and tablets. During the third quarter, Samsung's mobile unit's revenue inched up 2% annually, but its operating profit fell 13%. By comparison, its semiconductor division's revenue and operating profit rose 14% and 8%, respectively. The semiconductor unit also generated over 50% more operating profit than the mobile division, even though it generated less than half of its revenue.

Not a magic bullet
The partnership between Qualcomm and Samsung will help both companies, but it's not a magic bullet for either company's problems. Over the past year, Qualcomm has consistently lost market share in both application processors and wireless modems to low-end Taiwanese rival MediaTek. Samsung's use of the Snapdragon 820 in the Galaxy S7 will protect its high-end business, but it won't widen its moat against MediaTek in the low- and mid-range markets.

Samsung's declining market share in smartphones also means its flagship devices won't generate as much revenue for Qualcomm as they did in the past. The deal also won't shake off regulators in South Korea and Taiwan, who are trying to reduce Qualcomm's wireless licensing fees. Those fees, which generated 87% of its pre-tax earnings last year, are crucial to its earnings growth.

Samsung recently estimated that it will post flat year-over-year sales growth for the fourth quarter, and that its operating profit will rise just 15%. In the prior year's fourth quarter, sales rose 11%, and operating profit soared 30%. This indicates that while Samsung's semiconductor unit can help offset declines at its mobile unit, it won't generate top- and bottom-line growth comparable to previous years.

Does the partnership make Qualcomm a buy?
Qualcomm shares have fallen 35% over the past 12 months thanks to issues including the loss of Samsung, MediaTek's growth, OEMs in China underreporting shipments to pay lower license fees, and the antitrust probes in Asia. Samsung's return partially resolves the first issue, but the other headwinds remain.

The good news is that Qualcomm's price decline has reduced its forward P/E to 9 and pushed its dividend yield to 4.2%. Those numbers could limit the stock's downside potential, but it probably won't bounce back until Qualcomm fixes more of its problems.