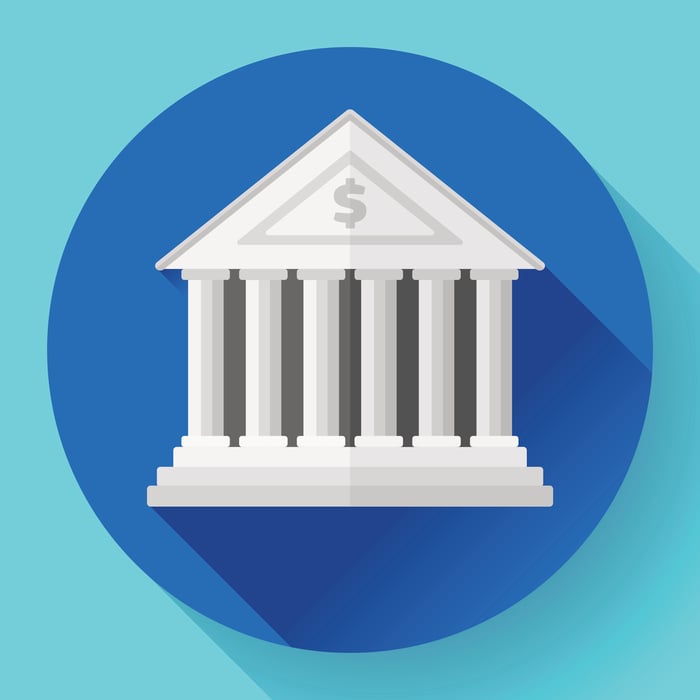 Bank investing is not an easy task, but that doesn't mean you can't do it. In fact, we're here to help. Whether you're a novice or seasoned bank investor, these three tips could be just what you need to take your bank stock investing to the next level.

The best bank stocks are not often the ones you hear about in the headlines. Consider the bank-related news stories you've seen since the financial crisis. There hasn't been very much positive press. Instead, you read about those that are settling Justice Department inquiries, paying out billions in fines, and ones with the most egregious practices during the financial crisis. Clearly, these banks have had some issues to work through, making them less-than-ideal investment options.

Now, think back to the years leading up to the crisis. Many of the banks in the headlines post-crisis were also the ones making news previously, albeit for supposedly positive reasons. There were announcements for huge acquisitions, rapidly appreciating stock prices, and rosy projections for profit and growth. At the time, the markets reacted by sending their shares higher. We now understand the longer-term consequences of the policies and practices before the crisis.

In both cases, the bank stocks with the best performance over the long term largely avoided the headlines, positive or negative (there are a few exceptions, of course. (We're looking at you, Wells Fargo (NYSE:WFC)). These banks were neither overly aggressive before the crisis nor inordinately conservative after. They simply kept doing what they always had: making loans, accepting deposits, and prudently managing their expenses and risks.

M&T Bank (NYSE:MTB), for example, is a bank largely unknown outside of the Northeast and mid-Atlantic region. The bank's stock, however, is arguably the best performer of any regional bank over the past 30 years. There's nothing outwardly special about M&T Bank, either. It's a relatively simple operation -- it sells mortgages, commercial loans, and other fundamental financial products. It collects deposits and offers value-added services to its clients. It's kind of boring, to be honest. And yet, through consistently strong risk management, financial prudence, and expense management, its stock is among the elite over this time. 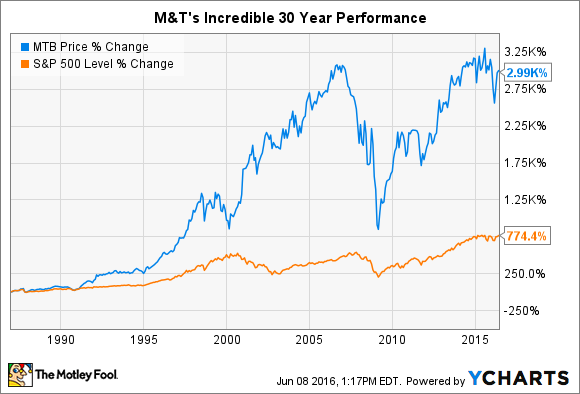 Don't mistake flashy headlines and huge growth rates for quality in bank stocks. It's mainly the boring banks with a long-term approach, like M&T, that produce the best shareholder returns.

2. Pay attention to the credit cycle

At different points in the credit cycle, the market values bank stocks based on different factors. For example, when the economy is doing well and the credit cycle is expanding, the market looks to the returns a bank generates today and its potential for future profits. During these times, analysts will focus heavily on a bank's return on equity and its growth.

However, we all know that the economy is cyclical. Eventually, growth will slow and credit will contract. When that happens, the focus shifts away from profit potential and toward the bank's credit quality.

During the tough times, analysts will discuss problem assets, charge-off rates, and loan-loss reserves instead of return on equity. A bank that just a few months ago was flying high with strong returns could quickly come crashing down as investors lose faith not in the company's income statement but in the loans and liabilities held on its balance sheet.

This is critical to an investor trying to understand if a bank stock trades at an attractive valuation today and what will drive its value in the future. Bank of America (NYSE:BAC), for example, is a bank that has seen its share of highs and lows over the past 16 years. 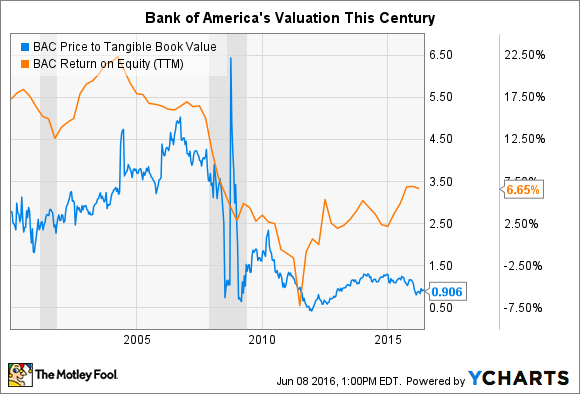 In the years leading up to the financial crisis, the bank's strong returns on equity, over 20% at times, drove its valuation steadily higher. As the credit cycle suddenly shifted, Bank of America's stock price plummeted, as did its returns. However, B of A's valuation following the crisis failed to follow the rebound in return on equity. The reason is that investors changed their focus to the bank's balance sheet problems, from its portfolio of subprime mortgages to its legal liabilities related to representation and warranty claims on securitizations it sold years ago.

Today, with the vast majority of those balance sheet problems in the rearview mirror, investors will once again focus on profitability to drive its valuation.

In the U.S., a handful of megabanks dominate the banking landscape. After the megasized national banks, a few dozen large regional banks command large market shares in their respective regions. Outside of these players, there isn't much to alert investors to the thousands of smaller regional and community banks that are, despite their small size, still publicly traded and potentially lucrative investments.

To truly maximize your bank stock portfolio, you must find the best of these smaller, under-the-radar bank stocks. Otherwise, you may miss out on stocks with truly outsized potential. Stocks like Glacier Bancorp (NYSE:GBCI).

On a total-return basis, Glacier Bancorp's returns over the past 30 years or so blow even the most elite bank stocks out of the water. 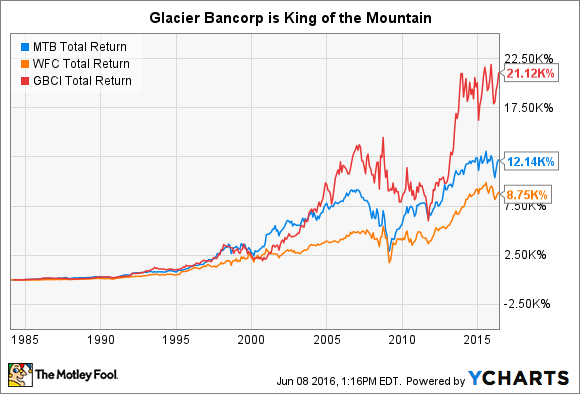 Glacier's business model doesn't lend itself to flashy growth or headline-grabbing acquisitions. Instead, the bank keeps things simple, focuses on cost discipline, risk management, and shareholder priorities. It's small at just $9.1 billion in total assets as of March 31, but it still tends to perform better than its peers throughout the credit cycle.

It's not alone, either. There are many more small banks producing better results than their larger competitors. According to data from the FDIC, in fact, banks with total assets between $100 million and $10 billion reported higher returns on assets on average than those with total assets greater in $10 billion.

There are no hard-and-fast rules in investing. However, with bank stocks, there are some generalities that come up again and again when analyzing the very top-performing stocks. If you want to improve your bank stock investing, my advice is to look for the boring banks, large or small, that have performed well in all phases of the credit cycle. Do that and you'll greatly improve your chances of finding the best bank stock for the next 30 years.