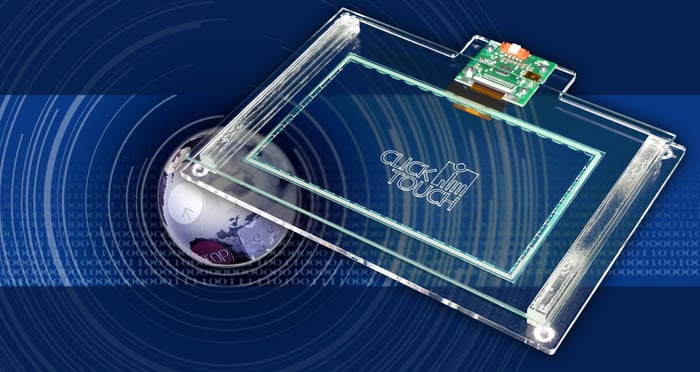 What: Shares of Cypress Semiconductor (NASDAQ:CY) rose 17.7% in May, according to data from S&P Global Market Intelligence. Fresh off a strong first-quarter report at the end of April, the company basked in delayed investor reactions and plenty of positive developments around its most important target markets.

So what: Cypress more than doubled its first-quarter sales year over year, albeit mostly because of the merger with memory-chip specialist Spansion in the late spring of 2015. Earnings swung from a sizable loss to a modest net profit, near the top end of management's guidance range. Alongside this report, longtime CEO T.J. Rodgers announced his retirement and the company bought Broadcom 's (NASDAQ:AVGO) Internet of Things products in a $550 million all-cash deal.

That's a lot of important news for Cypress investors to chew on. I can't blame them for taking some time to fully digest what's going on here.

Other than that, embedded processors turned out to be a hot ticket in the second half on May. Key Cypress rivals Xilinx (NASDAQ:XLNX) and Integrated Device Technology (NASDAQ:IDTI) both surged more than 10% across this period, lifted by a handful of fresh product introductions and rising interest in the future of automotive chip sales. That's one target market these rivals all have in common, and that represents serious growth potential for several hopefuls. Automotive computing is a cozy place to park your investing dollars right now.

But Cypress had them all beat with a 20% second-half price boost. That separation came from analyst firm Wedbush Morgan's suggestion that the unprofitable Deca range of chip packaging technologies could be spun out as an independent company in 2018. Taiwan-based chip testing and assembly specialist Advanced Semiconductor Engineering (NYSE:ASX) already invested $60 million in Deca -- yes, the deal was announced on that very busy day of the earnings report.

Now what: Cypress is wheeling and dealing in an effort to optimize its product portfolio. The Spansion integration is still not complete, and Cypress has yet to extract the revenue it wanted from that merger.

On the upside, Rodgers believes that the first quarter was the very bottom of the merger-related weakness. The Spansion deal should start pulling its weight, and a number of smaller plug-in acquisitions are also champing at the bit.

Perhaps the biggest challenge for Cypress won't be found in the ever-changing market environment, nor in the struggle to integrate several important buyouts. Finding a new CEO who can equal the value of Rodgers might be downright impossible. Heck, fellow Fool Rich Duprey wished that Rodgers would run for president as a visionary libertarian.

That being said, the stock looks neither overpriced nor deeply discounted today. It's hard to say how the Rodgers replacement will work out in the long term, or how quickly Cypress can get a grip on its unruly merger processes. Therefore, I'm happy to stay on the sideline for now -- but always keeping a close eye on this interesting company and stock.