The U.S. Committee on Foreign Investment in the United States (CFIUS) has approved Infineon's proposed acquisition, despite recent doubts.

Shares of Cypress Semiconductor (CY) have skyrocketed today, up by 47% as of 12:45 p.m. EDT, after the company clinched regulatory approval to be acquired by Infineon (IFNNY 4.09%). The news comes less than a week after a report that the Trump administration could seek to block the deal, which had caused Cypress shares to plunge.

Cypress announced yesterday evening that the U.S. Committee on Foreign Investment in the United States (CFIUS) had completed its review of the proposed purchase and cleared it after determining "that there are no unresolved national security concerns with respect to the proposed merger." 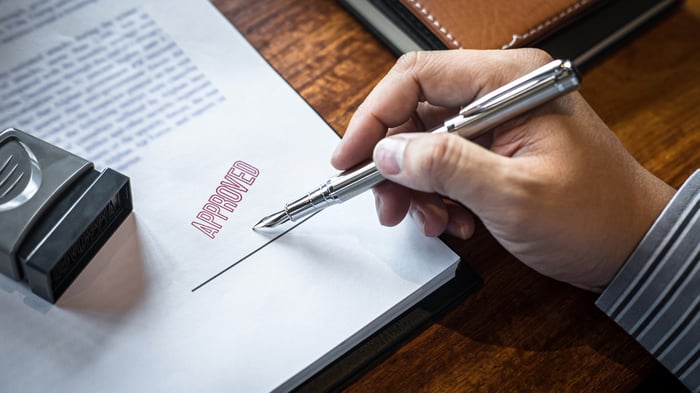 Bloomberg had reported that CFIUS was concerned that Infineon, a German-based chipmaker, relies heavily on sales to China and could represent a national security risk. Infineon management has remained confident that the deal would pass regulatory scrutiny and said last month that it was working closely with CFIUS to obtain clearances.

The two tech companies continue to make progress toward consummating the deal, which entails an all-cash offer of $23.85 per share and represents an enterprise value of 9 billion euros ($10.2 billion). Cypress and Infineon note that it still needs to secure one more major regulatory approval from China's State Administration for Market Regulation (SAMR), as well as "other customary closing conditions."

Infineon said last month that it expected to close the acquisition around the end of the first quarter or the beginning of the second quarter.