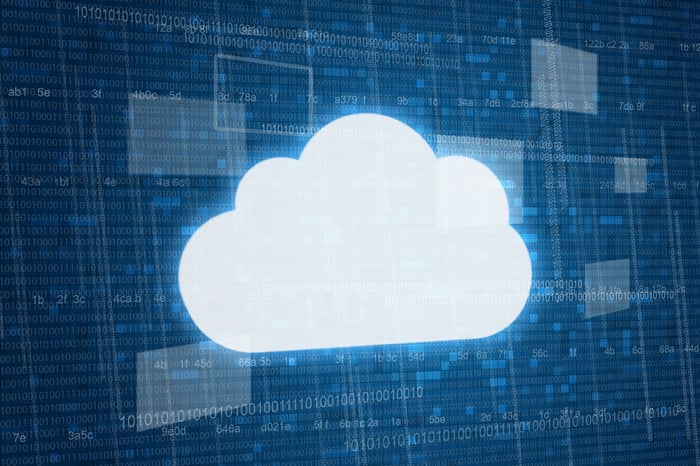 Has Dropbox dropped the ball?

Dropbox was once the belle of the cloud storage ball. However, mounting competition from powerful tech incumbents, including Apple, Alphabet, Microsoft, and Box (NYSE:BOX), has some wondering about the company's prospects.

At the same time, Dropbox remains valued well in excess of public peers like Box. After a recent announcement, we also learned that Dropbox is officially cash flow positive.

At Bloomberg's Technology Conference last week, Dropbox CEO Drew Houston revealed that the firm he founded in 2007 has officially become cash flow positive. When asked by anchor Emily Chang about his plans for the company, Houston responded, "Well the thing about being cash flow positive is we have flexibility... so we're just heads down, building."

Houston's comments refer to cash flows, not GAAP profits, and it isn't entirely clear whether he means cash flow from operations, free cash flow, or something else. Regardless, the Dropbox chief's comments imply that the company's emphasis on revenue growth and monetization has paid off. Further emphasizing this theme, Houston said, "We're managing our way toward profitability," though the company remains unprofitable at the moment.

While it isn't shocking for a nine-year-old company, Dropbox's financial progress wasn't widely expected at this stage in its development. For comparison, Box, its closest publicly traded proxy, remains unprofitable on a net income and cash flow basis as of its latest quarterly filing.

What's more, the cloud storage industry's increasingly competitive economics create a headwind for Dropbox's and Box's pursuit of profits. In the last few years, the combined efforts of Apple, Amazon, Alphabet, and Microsoft have driven down the cost of cloud-based storage in an effort to snap up market share in this growing market. This makes Dropbox's accomplishment all the more impressive.

Why a Dropbox IPO isn't imminent

When asked about his plans to take Dropbox public, Dropbox's CEO replied, "We can go public on our own timeline."

This isn't to say that Dropbox will never go public. Very much the opposite -- Dropbox is a virtual lock to conduct an IPO eventually. Aside from raising fresh capital to fund future growth, an IPO will provide liquidity to Dropbox's venture capital investors as well as the firm's employees.

The key is that reaching positive cash flow enabled Dropbox to fund its own operations, which removes the need to receive ongoing capital from investors, which, as we learned in the case of Spotify, can in some circumstances light the fuse for an eventual public debut. As Houston described it, Dropbox is "funded by your customers, not your investors," and that position brings with it significant benefits as the company competes against larger rivals.

That being said, when Dropbox does eventually hold an IPO, it will be interesting to see how the company's valuation is treated. Dropbox was valued at $10 billion in its recent round of financing. Importantly, this occurred in the more "bubblicious" days of late 2014. More recently, several large mutual fund shareholder have reduced the value at which they carry Dropbox stock on their books.

This too could be part of the working idea behind Dropbox's emphasis on remaining private for the foreseeable future. Doing so will give the company time to grow into, and perhaps even beyond, its lofty valuation. Either way, despite passing a significant milestone of late, tech investors and unicorn stalkers alike shouldn't hold their breath for a Dropbox IPO any time soon.