Please ensure Javascript is enabled for purposes of website accessibility
Log In Help Join The Motley Fool
Free Article Join Over 1 Million Premium Members And Get More In-Depth Stock Guidance and Research
By Andrew Tonner - Updated May 19, 2017 at 9:42AM

As the Swedish streaming startup fills its coffers en route to an inevitable IPO, what could it mean for competitors like Apple, Alphabet, and Pandora?

In the digital music market, $1 billion can buy you a lot of songs. At least that's what Swedish streaming music upstart Spotify hopes.

In what seems to be a cooling market for start-up investing, the world's largest on-demand streaming service raised a cool $1 billion to help cement its global lead in this increasingly important market. However, as with most things in life, Spotify's new funding comes at a cost, the most likely of which is its status as a private company.

In March 2016, Spotify closed its largest ever round of financing, securing $1 billion in capital from a consortium of investors including Goldman Sachs, hedge fund Dragoneer Investment Group, and private equity giant TPG. The deal came in the form of convertible debt, which, as the name suggests, contained an option for the investors to swap their promissory notes for equity under certain circumstances.

The use of convertible debt allows Spotify to maintain its June 2015 valuation of $8.5 billion without diluting the company's existing shareholders. However, this sweetheart of a deal came at a price for Spotify and its current investors. 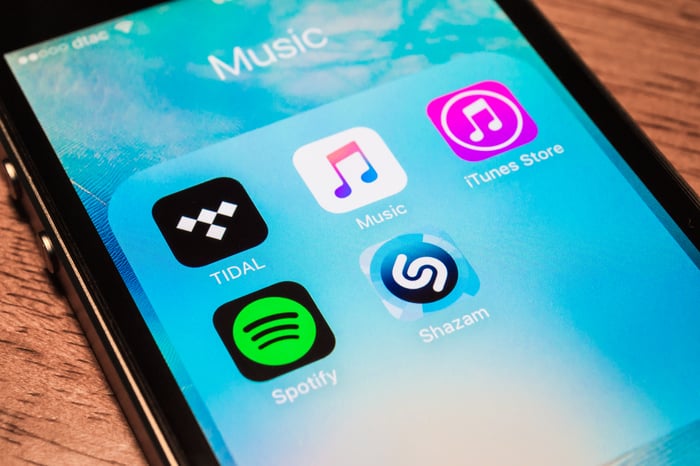 The debt carries a 5% interest rate that increases by one percentage point every six months until either Spotify executes its IPO, or the interest rate hits 10%.

Parsing Spotify's intentions, amid a fair amount of action within the wider streaming music market, is where things truly become interesting. And what's the fun in not trying to guess a bit?

For starters, I don't see this as evidence that Spotify will acquire Pandora, as many have long discussed. I've never liked this theory, because it isn't clear what advantage Spotify would gain in doing so. True, Pandora had 77 million active listeners at the end of the first quarter of 2017, but virtually all of those use Pandora's free ad-supported product, even as Pandora has since launched its own on-demand equivalent. Timing also strikes me as a hurdle. 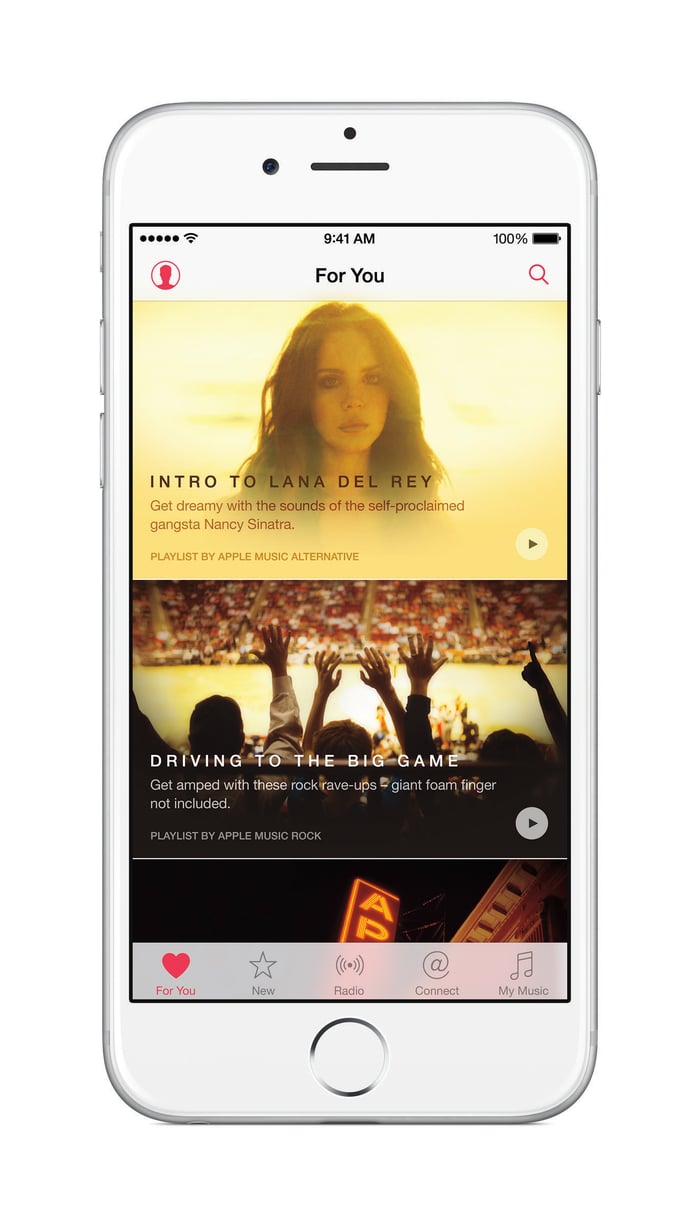 Completing its largest acquisition ever either closely before or after going public would seem like a logistical nightmare in the works. I could be wrong, but taking both points into consideration, Spotify purchasing Pandora just doesn't add up.

What seems more likely to me is that Spotify will follow Apple's slowly unfolding tactic of using video content, perhaps even its own exclusive content, as a means of insulating itself from better-financed rivals like Apple and Alphabet. Word has surfaced that Apple is in fact accelerating the pace of its original and exclusive content strategies. The strategy is by no means innovative. It's really an extension of the content strategy we've seen employed with great success at Netflix in streaming video. Alphabet's YouTube has taken steps to secure its own original video content as well.

The most recent rumor following Spotify claims that the streaming giant plans to conduct its long-awaited IPO using a obscure method known as a "direct listing." In such an event, the company directly sells its shares to the public, which allows the market to set a trading price for Spotify stock. This would allow Spotify to skirt paying steep fees to Wall Street investment bankers -- a move some claim could serve as a fundamental blow to banks' IPO departments. However, the move also risks Spotify potentially leaving precious capital on the table by not having an experienced bank managing setting the company's initial price.

Reports claim Spotify will seek a $13 billion valuation as part of its IPO and that the deal will likely take place in the latter half 2017 or early in 2018. So as they say in the radio business, stay tuned, folks.

Stocks on Sale: Is Snowflake a Buy Now?