If David Tepper wants to take Caesars Entertainment into bankruptcy, he may be able to do so almost single-handedly. 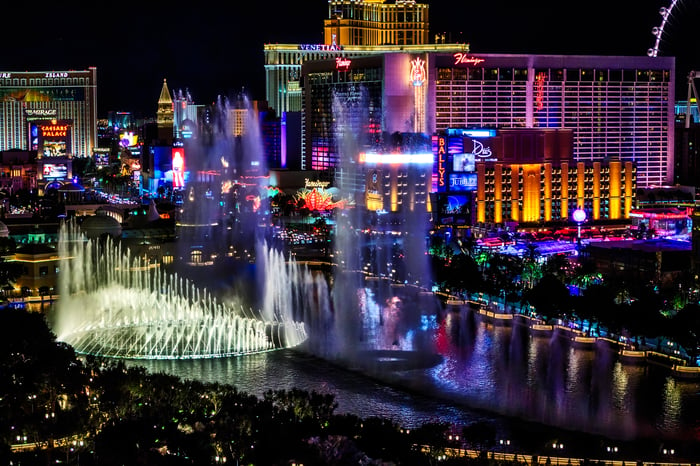 But the parent company has avoided bankruptcy by saying it's protected from debtors in CEOC's bankruptcy. The bankruptcy court examiner's report and comments from the judge indicate that Caesars was in the wrong, and the judgment against the company, and its private equity owners, could amount to billions. But rather than force Caesars Entertainment into bankruptcy, the judge has given all parties until August 29 to reach a restructuring deal. And that deal may rest on the appetite of a few billionaires to either drop the fight or keep it going.

David Tepper, the hedge fund manager at Appaloosa Management L.P., is one of the lead holdouts in Caesars Entertainment's proposed restructuring plan. And it's easy to see why.

As part of bankruptcy negotiations, CEOC has offered senior lenders 113%-117% of what they're owed in cash, debt, and new company equity. Senior bondholders have been offered 96%-128% of their original value, and junior bondholders, where Tepper falls in line, would get 22%-48% of what they're owed, depending partly on whether they accept the plan.

Here's the problem for Caesars Entertainment. The offer to junior bondholders isn't much of a premium to the level they were likely purchased, and Tepper is challenging whether or not the transactions Caesars made were illegal. And if they were, directors may be liable for fraudulent transaction. That's a great negotiating position if you're Tepper. And he could take the company all the way to bankruptcy if he chooses to take the battle that far.

The bankruptcy court's examiner's report sums up the transactions like this:

The principal question being investigated was whether in structuring and implementing these transactions assets were removed from CEOC to the detriment of CEOC and its creditors.

The simple answer to this question is "yes." As a result, claims of varying strength arise out of these transactions for constructive fraudulent transfers, actual fraudulent transfers (based on intent to hinder or delay creditors) and breaches of fiduciary duty by CEOC directors and officers and CEC.

There's now a little over two months for all of the parties involved to come to an agreement or Caesars Entertainment may be in trouble. Unless the offer to junior creditors is sweetened significantly, I don't see them coming to a deal. But Caesars Entertainment also has limited assets left to offer creditors without wiping out equity holders (i.e., going into bankruptcy), so I'm not sure how much more it can offer.