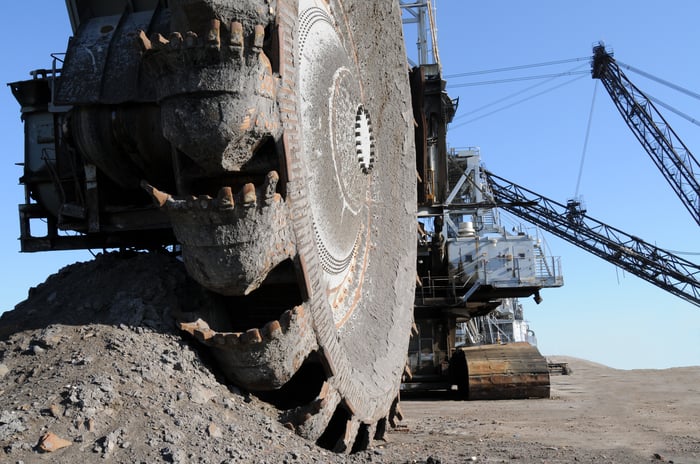 Two years ago, it seemed that the Canada's oil sands industry was just starting to hit its stride. In 2014, 2.3 million barrels of oil per day came from Alberta's oil sands on the back of $201 billion of investment between 1999 and 2013. And TransCanada's (NYSE:TRP) Keystone XL pipeline was political leverage in the U.S. and seemed likely to pass.

Falling oil prices decimated the industry, however, and now a new carbon tax in Alberta could lead to a long and slow decline for the industry.

There's sweeping reform taking place in the Canadian energy industry, and as the country that supplies the U.S. with more oil than anyone else, it could have a trickle-down effect on U.S. consumers and companies. Canada's federal government is working on a national action plan on climate change, but has a lot of factors to consider as it develops that plan. So, provinces are taking action on their own.

Alberta, which is the equivalent of Texas in terms of oil production, recently passed a carbon tax that will impact businesses and consumers who burn fossil fuels. It will also affect oil producers, which use a lot of energy in their production processes.

Even more notable is that businesses won't be able to produce, process, refine, flare, or vent oil or natural gas without registering for the carbon tax. While this doesn't kill the oil sands business where it stands, it makes it even harder for a troubled business to recover by adding even more incremental costs. Investment in future production also isn't likely unless oil prices climb over $100 per barrel again.

Elsewhere in Canada, Ontario is joining a cap-and-trade plan with Quebec and California that is expected to raise $1.9 billion that will then be turned to energy efficiency, renewable energy, and electric vehicles. Oil may be big business in Canada today, but the current political climate indicates that there's little interest in keeping it that way.

From a production standpoint, the most affected in Canada may be Suncor (NYSE:SU) and Encana Corporation (NYSE:OVV), which are two of the largest producers in that country. Both have made big bets on oil sands that aren't paying off, with oil prices and regulation where they are. On the pipeline side, TransCanada and Enbridge (NYSE:ENB), which own pipelines both within Canada and traveling into the U.S. If Canada's oil production drops because of carbon taxes or cap and trade, it could mean a major slowdown for all four companies, which have combined to report nearly $5 billion in losses over the past year. 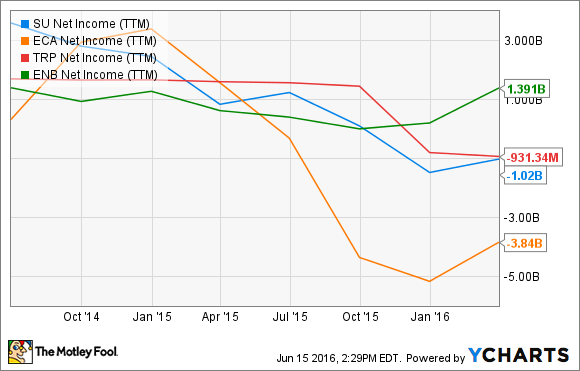 Going beyond oil and gas

Incentive programs across Canada may also push consumers to adopt EVs or natural gas trucks more rapidly in Canada. EV buyers get up to $14,000 in rebates depending on the vehicle they purchase and a carbon tax could help push truck owners to lower intensity fuels like natural gas.

Given the country's commitment to reducing carbon emissions, the moves it's making now may cause an industry shift there's no coming back from. And that could have an impact up and down the oil supply chain.

Death by a thousand cuts

There's been enough invested by oil companies to make it virtually impossible to cut off production immediately. But the Canadian oil boom is likely to suffer from decreased profitability, as compared to what once was possible regardless how high oil prices were, as regulations, taxes, and other costs eat into profits.

A once-promising oil boom in Canada is becoming an asset the oil industry can't quite put in its rearview mirror. The country, however, is looking ahead and wants to be an industry leader in EVs and renewable energy. Investors should take notice.