Please ensure Javascript is enabled for purposes of website accessibility
Log In Help Join The Motley Fool
Free Article Join Over 1 Million Premium Members And Get More In-Depth Stock Guidance and Research
By Travis Hoium - Jun 21, 2016 at 8:07AM

One of America's biggest nuclear power plant owners doesn't see a future for two of its plants. 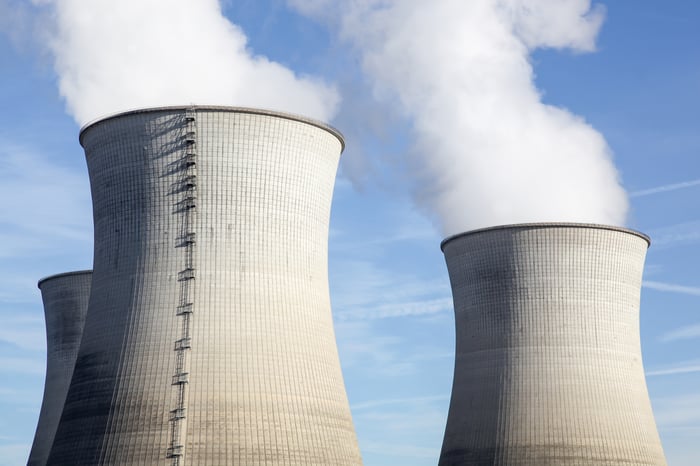 Five years ago, we were supposed to be entering a nuclear renaissance. A string of new nuclear plants were being planned and there were loan guarantee programs in place from the federal government to make their construction possible.

Alas, today, the nuclear industry in the U.S. is dying. Old plants are shutting down, new plants are vastly over budget, and there doesn't seem to be any appetite to take a risk on starting construction on next-generation plants. Where did things go wrong?

Exelon (EXC -0.42%) is the country's largest nuclear plant operator and has a huge incentive to see nuclear succeed. But it's losing the battle to keep its older nuclear plants alive. 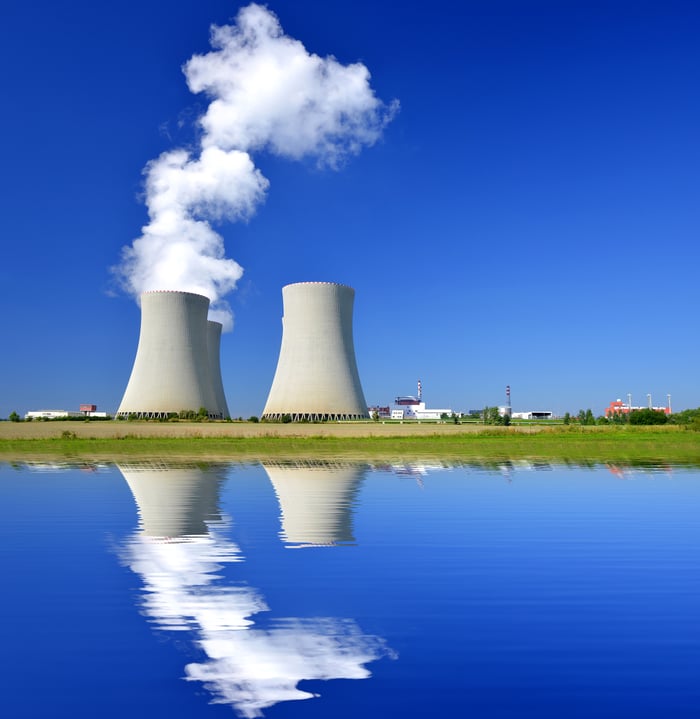 The Quad Cities Generating Station and Three Mile Island nuclear plants it owns failed to clear the PJM capacity auctions for 2019/2020 -- meaning plants with lower energy costs won the auction -- and it's unclear how the plants can survive beyond 2019. But that's not the latest problem Exelon faces.

After the Illinois legislature declined to provide financial incentives to the Clinton Power Station and Quad Cities Generating Station it appears the plants are going to be the next to shut down. The company said it will close the Clinton plant next June and the Quad Cities plant a year later.

This could be a bad sign for Duke Energy (DUK 0.81%), FirstEnergy (FE 0.83%), and Entergy (ETR 1.13%), all of whom own multiple nuclear plants across the country. If Exelon can't justify keeping plants open based on economics, how long will other plants last?

New nuclear plants have been a disaster

Older plants are being shut down, but new plants aren't faring much better. Southern Company's (SO 0.11%) Vogtle nuclear plant addition has seen costs surge more than 50% over the original budget to over $21 billion. And at that price, there's no chance nuclear would be competitive on a cost basis with natural gas or renewable energy.

NRG Energy (NRG -1.06%) found that its nuclear plant in Texas wasn't worth the cost in 2011, taking a $481 million writedown in the process. In NRG's case, cost overruns doomed the project before it really got started.

How nuclear energy could survive

What's strange about the fall of nuclear energy, especially older plants, is that it's losing primarily to natural gas in capacity bids and in new construction. If the goal of the Clean Power Plan, environmentalists, and the energy industry in general is to lower emissions, it seems strange to shut down nuclear plants and replace them with natural gas.

But the nuclear industry hasn't won the kind of support wind and solar have. That's also a lost opportunity for the nuclear industry, which could be providing a bridge to the renewable energy future. If companies like Exelon, FirstEnergy, and Entergy can work with renewables to be part of the clean energy plan, it could save more plants from being shut down -- and shutting down two plants in Illinois might be the wake-up call the industry needs.