Last week was dry as a desert summer as far as dividend raises went. Only a precious few companies hiked their distributions. That's fairly normal, though, for the periods between earnings seasons, but it does leave income investors somewhat parched. 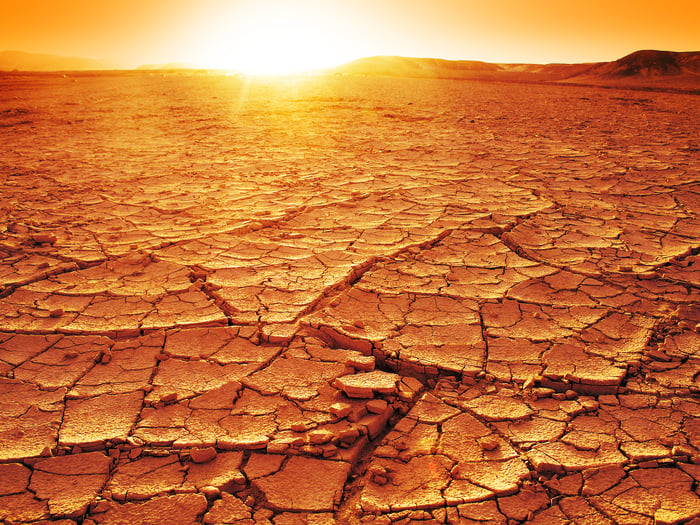 Here's to hoping the early summer season won't be so arid. In the meantime, last week's lifters consisted of the following companies:

A frequent visitor to this series, real estate investment trust Realty Income (NYSE:O) is an income investor favorite. That's because it not only spits out dividends on a monthly basis, but it's also fond of raising them frequently.

These hikes are usually incremental -- the latest one is only 0.3% higher than its predecessor, to just under $0.20 per share -- but they sure add up. Since the dividend train started rolling at Realty Income, on an annual basis, the REIT's payout has climbed from $0.90 in 1994 to slightly above $2.90 last year.

The company's stock in trade is single-occupancy retail buildings, which it leases under long-term contracts to typically quite stable and well-known companies.

This is a solid business model that works. In its most recently reported quarter, Realty Income improved its funds from operations (widely considered the most critical profitability figure for REITs) by 12% to $171 million, on the back of rental income that rose 9% to $257 million.

The company is projecting a modest lift in FFO for the entirety of its fiscal 2016. Since REITs are required to pay out the bulk of their bottom line as dividends, that means Realty Income will almost certainly keep adding to its payout, at least in the near future.

Realty Income's upcoming distribution will be paid on July 15 to stockholders of record as of July 1. At the current share price, it would yield 3.8%, well outpacing the 2.1% average of dividend-paying stocks on the S&P 500.

Elsewhere in the REIT space is W.P. Carey (NYSE:WPC), an operator as diverse as Realty Income is focused. The company's assets are spread among office, industrial, warehouse, and retail properties, and unlike the U.S.-centric Realty Income, it actively invests abroad. It also has an interesting side business managing small, non-traded REITs.

One similarity between the two companies, though, is that W.P. Carey also likes to raise its dividend often (albeit incrementally). In fact, it's hiked its quarterly payout every quarter since mid-2001. The latest top-up is by 0.6% to $0.98 per share.

W.P. Carey is doing like gangbusters with its properties; real estate owned directly by the company -- i.e. the bulk of its assets -- produced 26% more revenue on a year-over-year basis in Q1, landing at $215 million. FFO also saw an even juicier rise, by 38% to $138 million.

Again like Realty Income, W.P. Carey is estimating higher -- if not necessarily spectacular -- FFO for its full year. That should provide enough room for those habitual dividend micro increases.

Although it's a solid operator, there is a chance it'll divide itself -- last year, its then-CEO Trevor Bond talked about splitting it into three component parts (a U.S. REIT, a European properties REIT, and an asset manager). The company has been mum on the subject since then, but it adds uncertainty into the mix -- not least about the future of the current dividend.

W.P. Carey's next payout will be dispensed on July 15 to shareholders of record as of June 30. It would yield a muscular 5.8% on the most recent closing stock price.

Leaving the REIT sector for apparel, the colorful footwear retailer Shoe Carnival (NASDAQ:SCVL) rounds out our trio of dividend raisers from last week. The company boosted its quarterly distribution by nearly 8% to $0.07 per share.

Shoe Carnival is a recent arrival to the dividend club. Although it's been on the stock market for over 20 years, it only started paying a distribution in 2012. Since then, this has been raised a mere two times.

The company has been doing well lately, especially considering that it operates in a field loaded with rivals. Net sales rose by 3% on a year-over-year basis to notch a new Q1 record, at $261 million. Bottom line grew at a faster clip, by 13% to $10 million.

The carnival is predicted to roll merrily along. Shoe Carnival updated its guidance for fiscal 2016, lifting its bottom end by $0.02. It now anticipates booking a diluted per-share profit of $1.58 to $1.65, which would represent growth of at least 9% over the 2015 result.

Shoe Carnival's cash flow has been more than sufficient to not only cover the dividend but also to fund the opening months of a $50 million share buyback program. The improving results should lift its cash pile, opening the possibility for future raises in the distribution. This shoe slinger's future looks pretty good, as do the prospects for its payout.

The new dividend will be handed out on July 18 to shareholders of record as of July 5. It would yield 1.1%.