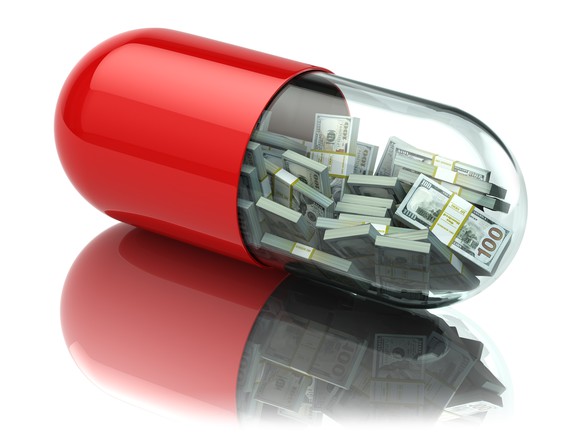 What: After announcing that its buying a shopping cart full of generic drugs from Teva Pharmaceutical (NYSE:TEVA) and Allergan plc (NYSE:AGN), shares in Impax Laboratories (NASDAQ:IPXL) are falling by 11.7% Tuesday afternoon.

So What: Teva Pharmaceutical is attempting to buy Allergan's generic drug business in a deal worth $40.5 billion, and to satisfy regulators who are concerned that the combination could be anti-competitive the two are unloading a slate of generic drugs.

Impax Laboratories expects this acquisition to be immediately accretive to its earnings this year, but investors appear less-than-happy that the acquisition will be financed largely with $400 million in loans.

Allergan and Teva Pharmaceutical's eagerness to finalize their deal may mean that Impax Laboratories got a bargain.

The drugs its acquiring will add about $80 million to Impax Laboratories sales in the second half of this year. It will also increase EBITDA by $50 million, boost gross margin, and increase EPS by at least 20% this year versus a year ago.

The company's acquisition, however, does increase Impax Laboratories' interest expense and its leverage, and that's something that makes investors a bit nervous given how debt and leverage is causing significant struggles for Valeant Pharmaceuticals.

Nevertheless, investors might not want to be too worried about Impax Laboratories. After all, the company's $340 million in cash and $425 million in debt exiting Q1 isn't nearly as bad as Valeant's debt to cash ratio, and given that this deal will boost earnings right away, there should be plenty of cash coming in to cover the increase in interest payments. Industry watchers were modeling for Impax Laboratories to deliver $2.24 in EPS in 2017, up from $1.74 in 2016, but once this deal closes, I imagine that upward revisions will provide some tailwinds to the company's share price.