In what has been a challenging past 12 months for Apple (NASDAQ:AAPL) stock, the Mac maker's difficulties in expanding deeper into India have made for an important and frustrating story line. 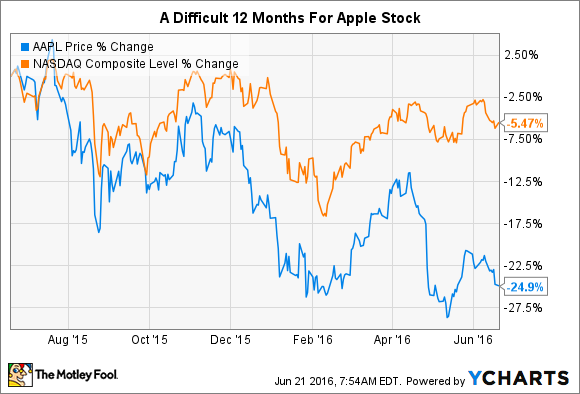 However, after a series of setbacks, it appears that the tide of Apple's India expansion ambitions may be about to turn for the better.

Specifically, the Indian government plans to loosen the requirement that foreign companies attempting to establish a company-owned presence in the world's second-most-populous nation source at least 30% of their raw materials from inside India. The Indian government will grant a three-year grace period before requiring single-brand retailers to comply with the 30% sourcing requirement. Additionally, companies deemed as selling "state of the art or cutting edge technology" may enjoy an additional five-year window before they must adhere to the stringent sourcing rules.

Practically speaking, this announcement opens the door for Apple to apply to open its first wholly Apple-owned retail stores in the world's fastest-growing major smartphone market. Commenting on the matter in a Bloomberg report, retail consultant Devangshu Dutta said: "The relaxed rules give Apple a window to build up a credible brand and give the company a chance to build up internal capability and familiarity with the supply base. ... For branding, a certain consistency is critical and this can be done by having retail control."

Until this point, Apple has been forced to partner with local retail firms and electronics chains to distribute its products, a dynamic that Apple reportedly feels has hampered the quality of the customer experience it so deeply values.

With global smartphone shipments slowing, most worryingly in China, India remains the lone nation with enough growth potential to possibly move the needle for a corporate giant like Apple. Here's a quick snapshot comparing the entire Indian smartphone market to Apple during calendar year 2015.

This sizable difference between a single company and the world's second-most-populous nation might come as a surprise to many casual readers. As a quick point of additional contrast, China recorded roughly 438 million smartphone shipments in 2015,  according to Strategy Analytics. If anything, the chart above speaks to the immense latent growth potential the market offers handset makers like Apple, Samsung, Xiaomi, and others.

With Apple's revenue expected to contract in its current fiscal year, especially if the iPhone 7 proves only an incremental improvement over the 6s, the company clearly needs to access any and all possible growth opportunities. And with China and much of the rest of the world's smartphone shipments slowing, India is perhaps the last obvious major growth market available for the company.

At the same time, India isn't the most obvious fit for Apple's high-priced handsets. Roughly three-quarters of smartphones in India are sold for less than $150, and per-capita incomes in India are about one-tenth of those in the United States at constant prices.

Apple launched the iPhone SE earlier this year in hopes that its new "low cost" handset might bridge the chasm to Apple's pricey handsets. Though certainly a price  improvement over its more expensive devices, the iPhone SE's roughly $580 sticker price, after taxes and tariffs, is likely unattainable for most Indian citizens.

To be sure, an Apple move to open its own Apple retail stores in India should help bolster its presence in a market with truly impressive long-term potential. At the same time, though, breaking into India is unlikely to solve most of Apple's most pressing short-term issues.