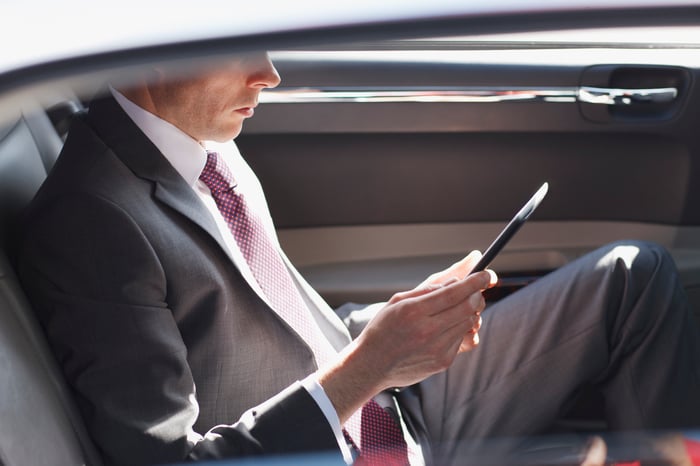 It's not every day a revolution begins, but we may have seen the start of one this past Monday. That's when FCC chairman and industry lightning rod Tom Wheeler delivered a speech that should jump-start the 5G revolution.

Wheeler's opening salvo is likely to initiate fresh competition among U.S. telecoms AT&T (NYSE:T), Verizon Communications (NYSE:VZ), T-Mobile (NASDAQ:TMUS), and Sprint (NYSE:S), though the first punch in this battle is probably years away.

Dawn of the 5G era

In a speech at the National Press Club, Wheeler made the case for the U.S. to take the lead in the transition from 4G to 5G mobile connectivity. "[I]f the United States is going to continue to be a world leader in wireless, we need to speed the deployment of 5G, here, on our shores," he said.

Wheeler used the speech to describe a number of potential technologies that will require 5G wireless connectivity to reach their full potential, including virtual reality, the Internet of Things, and self-driving cars. To initiate this process, Wheeler said he will petition the rest of the FCC's members, proposing new rules to help "identify and open up vast amounts of spectrum for 5G applications."

On July 14, the FCC will hold a vote on Wheeler's proposal in regard to high-band spectrum, whose responsiveness makes it ideal for 5G deployment. A passing vote would make the U.S. the first country to earmark high-band spectrum for 5G uses.

Wheeler envisions the U.S. following a similar path as it did in its shift toward 4G connectivity, allowing the country to "lead the world in spectrum availability, encourage and protect innovation-driving companies, and stay out of the way of technological development."

This all sounds fantastic, but what does it mean for investors in the big four American telecom companies -- AT&T, Verizon, T-Mobile, and Sprint?

Wheeler's comments are only the first step in what will be a multiyear process, assuming the July 14 vote is successful. Although the nation's largest wireless carriers are already preparing for a 5G future, the new standard isn't expected to reach the mass market until 2020. In the meantime, the big carriers will continue fighting for wireless subscribers on their 4G networks.

When it does arrive, 5G will offer roughly a tenfold performance improvement over 4G, and the standard should help usher in a new era of mobile productivity and innovation. But while Wheeler's speech should be an important catalyst toward the new standard, it will be some time before the market feels any big-ticket effect.