Please ensure Javascript is enabled for purposes of website accessibility
Log In Help Join The Motley Fool
Free Article Join Over 1 Million Premium Members And Get More In-Depth Stock Guidance and Research
By Maurie Backman – Jul 1, 2016 at 7:46AM

If you're a dual-income family, here's a strategy that could work wonders for your financial health.

These days, dual-income households are becoming more the norm and less the exception. According to a 2015 Pew Research Center report, 46% of households with male/female married couples are dual-income, with both parents working full-time. And while being a dual-income family comes with certain challenges, there's a major upside: money. 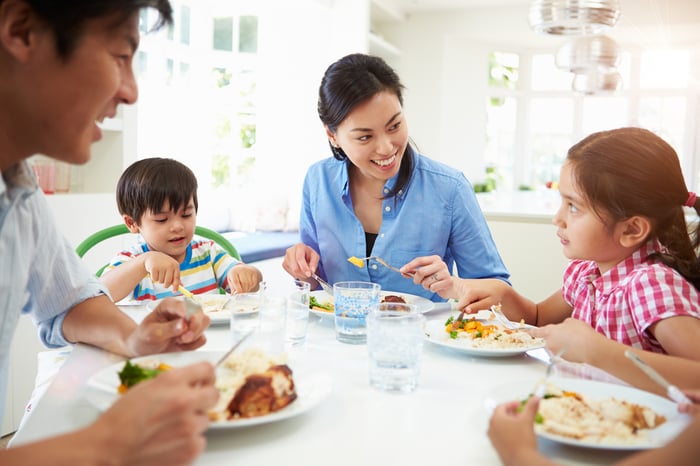 Many dual-income families take on expenses based on the money both partners earn, which makes sense. After all, if you're earning $60,000 and your spouse is earning $40,000, why not assume that you have $100,000 in income to work with?

While there's technically nothing wrong with that approach, the problem is that Americans tend to be pretty bad savers, as evidenced by the fact that almost two-thirds of us have less than $1,000 in the bank. So if you're a dual-income household, your best bet is to create a budget based on one salary only -- and it's OK if that one salary is the larger of the two, even if by a lot. By making sure a single salary can cover your living expenses, you get the flexibility of saving the other salary, investing it, and letting it grow into a sizable retirement nest egg. Want to put a small portion of that savings into a vacation fund? That's OK, too. The key here is to gain some form of financial independence from that second source of income, while using it to your advantage while you still have it.

A form of protection

Living off one salary when you actually have access to two is a good way to protect your family from the unknown. Imagine your living expenses are such that you need both salaries to cover your monthly bills, and that one earner unexpectedly gets laid off. Suddenly you're in a situation where you may be not able to cover your bills, and in the absence of savings (which is the reality for many of us), you risk going into debt to keep up with your basic expenses. On the other hand, if you live modestly enough for just one salary to pay for your monthly costs, you'll be better protected if one of you does fall victim to job loss.

Along these lines, it's not unheard of for one member of a dual-income household to decide not to return to work after having a child. If you want the flexibility to be a stay-at-home parent, you'll need to learn to make do without that second income.

Of course, it's hard to ignore money coming into your bank account each month, and it's equally difficult to avoid the temptation to spend it. So if you're serious about implementing the one-salary approach, take that second salary out of the equation by setting it up to automatically filter to your savings and retirement accounts.

In fact, let's say you and your spouse are 30 years old and that $18,000 is the only 401(k) contribution you ever make. If your investments earn an average annual return of 8% (which is feasible when you're young and are able to invest more aggressively in stocks), by the time you're both 65, you'll have $266,000 for retirement.

While the one-salary approach may not be feasible for some families, if you have the flexibility to lower your living costs to make it work, it pays to give it a shot. You may have to sacrifice certain luxuries, like that fancy home or nicer car, to cover your costs on a single salary, but if you can pull it off, you'll put your family in a more financially secure position in the long run.