This mutual fund has seen big changes but remains a popular choice among investors. Find out if it's right for you. 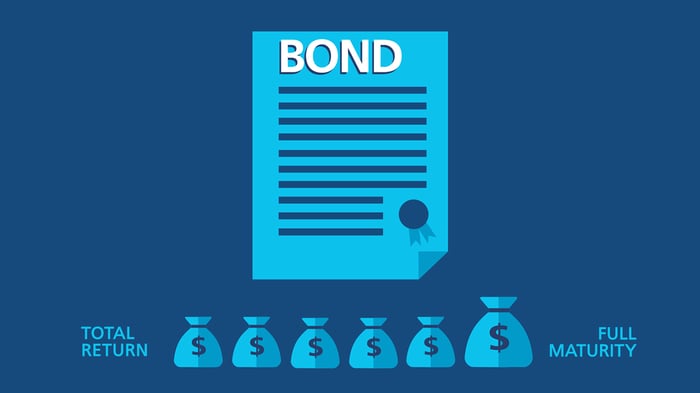 PIMCO hopes its bond investments will give its funds an edge. Image source: PIMCO.

Bond funds don't usually get much attention from investors, but the PIMCO Total Return Fund (PTTRX -0.35%) was once the most popular mutual fund in the industry. At its heyday, PIMCO Total Return had more than $300 billion in assets under management. Even though its size has shrunk lately, its $86.4 billion in assets as of June 2016 still ranks it among the largest funds in the industry. With a goal of maximizing total return in a manner that's consistent with preservation of capital and prudent investment management, PIMCO Total Return focuses on investing in intermediate-term investment-grade bonds, and that makes it a tool that investors can use in setting up an asset allocation strategy for retirement saving. The fund's solid long-term returns stand out from its peers, although the departure of a key manager has been a major cause for the investor exodus the fund has seen in recent years.

PIMCO Total Return has put up impressive long-term returns. Over the past decade, the fund's institutional share class has produced an average annual return of 6.4%. That's about 1.5 percentage points higher than the category average, putting the fund in the top 5% of all intermediate-term bond funds in the mutual fund universe according to Morningstar. More recently, however, the fund has fallen back from the top tier of bond funds, with a five-year performance that puts it squarely in the middle of the pack.

Even in a tough environment for bonds, PIMCO Total Return has kept up its ability to pay reasonable levels of income to its investors. The fund's current yield is 3.3%, and that compares favorably to the 1.4% that 10-year Treasuries currently offer.

PIMCO Total Return's annual expenses depend on which share class you own. The institutional class, which is open to 401(k) plans and other institutional investors, has annual operating expenses of 0.46% and doesn't charge a sales load. By contrast, the Class A shares available to individual investors include a 0.85% charge for annual expenses. Those who invest less than $100,000 will pay a 3.75% load, with smaller sales charges applying up to the $1 million mark, at which point the load disappears.

PIMCO Total Return invests primarily in U.S. government-related and mortgage bonds, with more than 80% of its portfolio in those two categories. Investment-grade corporate bonds, municipal bonds, and emerging market bonds make up most of the remainder of PIMCO Total Return's exposure. The fund also has a small position in high-yield junk bonds.

More than half of PIMCO Total Return's holdings have a maturity of less than five years, and long-term debt of 10 years or more makes up less than a quarter of its total assets. With an average maturity of 7.7 years and an effective duration of 4.7 years, the fund has modest exposure to interest rate movements.

Most people who follow the PIMCO Total Return Fund remember bond guru Bill Gross and his time at the helm managing the fund. Gross managed the fund until his departure from PIMCO in late 2014, and when he left, some of the fund's shareholders left with him.

Currently, the fund has three experts on its management team. Scott Mather runs U.S. core strategies, while Mark Kiesel deals with global credit and Mihir Worah handles real return and asset allocation. These three chief investment officers have the full suite of PIMCO's resources available to them to guide the fund's investment.

For investors looking for bond market exposure, PIMCO Total Return still does a reasonably good job. However, the fund's performance over the past one-year, three-year, and five-year periods doesn't stand out from the crowd like it used to. That explains in part why the fund's assets have dwindled. If PIMCO Total Return is a bond fund option in your 401(k) and you have access to lower-cost shares, then it's worth a look for your bond allocation as you save for retirement. Outside of that context, however, paying a sales load for shares just doesn't make sense given its lackluster recent returns.

PIMCO Total Return Fund: Should You Invest in It?

The Danger Lurking in Your Next Brokerage Statement
349%