The music industry-backed streaming music service could provide some much-needed differentiation for Apple Music against Spotify. 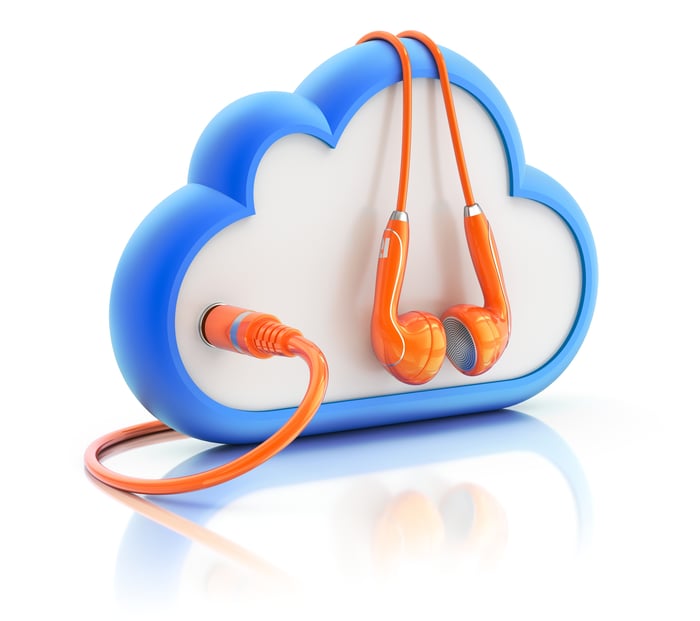 Though relatively successful since its launch last summer, Apple (AAPL 0.19%) Music is losing the race for digital-music dominance to streaming leader Spotify.

With the clock likely ticking on a Spotify IPO, Apple Music has resumed its offensive against its Swedish rival. Not only did Apple release a redesigned version of Apple Music at June's Worldwide Developers Conference, the tech giant is also reportedly in talks to purchase streaming service Tidal.

How will this key development affect Spotify and Apple Music? Let's take a look.

According to a flurry of media reports, Apple and the privately held Tidal have held discussions over a potential acquisition. Per The Wall Street Journal, the talks remain ongoing, and the terms of the deal aren't publicly available at present. As a working benchmark, though, boutique bank Piper Jaffray pegged an estimated price of $500 million on the deal.

A deal between the two parties would be a boon for hip-hop mogul Jay-Z, who purchased the service in March 2015 for $56 million. To help differentiate the service, Jay-Z reportedly ceded minority stakes to 19 well-known musicians, along with ample promotional support including hit-makers such as Kanye West, Rihanna, Beyonce, and others.

This strategy has helped Tidal secure exclusive album rights for some of the most popular album launches in recent years. As just one example, Kanye West's The Life of Pablo launched exclusively on Tidal earlier this year before becoming available on rival services including Apple Music and Spotify. Tidal has also developed a positive reputation among musicians thanks to the service's high-quality sound and subscription-only business model.

For context, paid subscription business models are the unequivocal future of the streaming music industry. What little publicly available data we have about Spotify, the industry's largest player in terms of free and paying users, suggests its paying subscribers generate over 22 times as much revenue as free ad-supported users. So purchasing Tidal seems like a clear win for Apple and a loss for competitors such as Spotify and Pandora.

Though it might not completely tilt the competitive scales in its favor, Apple Music would benefit by purchasing Tidal. In assuming Tidal's role as the preferred destination for music aficionados, Apple Music could further find a means of differentiating itself from Spotify.

Since its launch, Apple Music has clearly sought a way to brand itself as distinctly different from its Swedish rival, to little avail. Apple originally highlighted its curated playlists and radio stations in the initial advertising blitz to support Apple Music's launch last year. However, Spotify largely eroded -- and, some might argue, eclipsed -- Apple's curation efforts by adding machine-learning features such as Discover Weekly, Fresh Finds, and more.

More recently, Apple has attempted to incorporate original video content in another bid to set itself apart from Spotify, a homage to the same strategy that Netflix, Amazon.com's Prime Streaming Video, and other video-first platforms have used successfully. However, Spotify has also been reportedly developing its own original video content in recent months, again reducing another possible means of differentiating the two platforms.

Given Tidal's unique relationship with many of the music industry's most popular artists, integrating Tidal's ability to stream many of the most sought after albums could give Apple Music the ace in the hole in its long attempt to differentiate itself against Spotify. Tidal reportedly counts 4.2 million paying users, whom it has largely attracted through its exclusive album launches, which implies that this tactic resonates with some cohort of streaming listeners.

So, while Apple Music may not end up purchasing Tidal, it seems the service could benefit Apple as the company continues to attempt to strengthen its hand against its primary rival.