Netflix's path forward in 2016 is a bit harder than a couple of years ago. 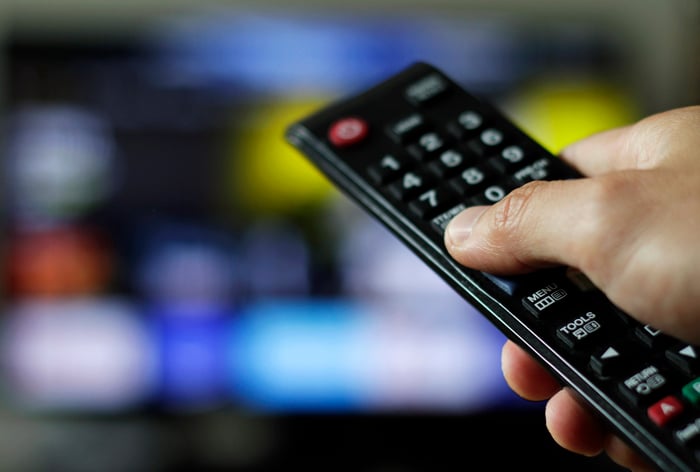 After robust growth over the last two years, Netflix (NFLX -2.25%) is facing more challenges in 2016 than in years past. That's reflected in the company's second-quarter outlook, which forecasts just 2.5 million net subscriber additions versus the 3.28 million the company added a year ago. Year to date, Netflix shares are down around 14%, while the S&P 500 is up almost 6%.

Here are three challenges that Netflix is facing, and how management is working to overcome them.

No more subscribers left in the U.S.

Netflix already has nearly 47 million subscribers in the U.S. More than half of Americans say they watch Netflix, which is more than YouTube or any other video service, for that matter. With only 134 million households and just 88 million broadband subscribers, Netflix is coming up against a wall in its home country.

As CFO David Wells put it, "It's just the next 50 million are a little harder than the first 50 million." Netflix still thinks it can grow to 60 million to 90 million U.S. subscribers, according to its long-term view. It's looking like it might end up near the lower-end of that range than the high-end. The company expects to add just 500,000 net new users in the U.S. for the second quarter compared to 900,000 last year.

To combat the slowdown, Netflix has increased its pricing. During the quarter, most longtime subscribers saw their monthly rate increase $2, to $9.99. So even while subscriber growth is slowing, Netflix will get a nice bump in revenue. Netflix's outlook for the second quarter shows an 18% increase in revenue from domestic streamers despite just 12% increase in total subscribers.

International growth won't be easy, either

At the beginning of the year, Netflix announced its expansion to nearly every major market outside of China. Prior to that announcement, Netflix operated in about 50 countries, and had just over 18 million international subscribers. The expansion opens Netflix to a bunch of new potential subscribers, but getting them to come on board won't be easy.

While Netflix was growing in countries in Latin America, the U.K., and Scandinavia, smaller regional competitors started popping up around the world. Meanwhile, Netflix's staggered International rollout has left its library somewhat lacking in some countries compared to what Netflix is in the U.S. That makes the product significantly less compelling in a lot of Netflix's newly launched markets.

Netflix is spending heavily to acquire global rights for blockbuster content like it did with Gotham before the first episode even aired on network television. Additionally, most of its new originals come with global rights, a significant shift from its regional license of its early originals like House of Cards. Slowly but surely, Netflix will be on part with itself in most every international market. But its competition is fierce.

A huge part of Netflix's value comes from other company's content. Many of those companies are competing against Netflix for viewers, which makes them wary of selling their content to the streaming service. Time Warner (TWX), for example, said it's going to consider extending the time between a show's original run, and when it shows up on SVOD services like Netflix.

As Netflix gets more popular, its job gets harder. Content deals become more expensive, and media companies are willing to part with less. That's evidenced by Netflix's ballooning content obligations, which reached $12.3 billion at the end of the first quarter.

But Netflix's willingness to spend is one of its biggest strengths. The company recently convinced CW to start streaming its original series on Netflix just eight days after their original runs end. That's despite the network's part ownership by the aforementioned Time Warner. No doubt Netflix's checkbook had something to do with that.

Netflix's subscribers outnumber most of its competitors by a wide margin, which allows it to outspend them, as well. And while the negotiations may be getting more difficult, Netflix has managed to line up several high-profile and differentiated content contracts over the next few years.

While Netflix faces some significant challenges in 2016, management seems capable of handling them. Just know "the next 50 million are a little harder than the first 50 million."

Adam Levy has no position in any stocks mentioned. The Motley Fool owns shares of and recommends Netflix and Time Warner. We Fools may not all hold the same opinions, but we all believe that considering a diverse range of insights makes us better investors. The Motley Fool has a disclosure policy.