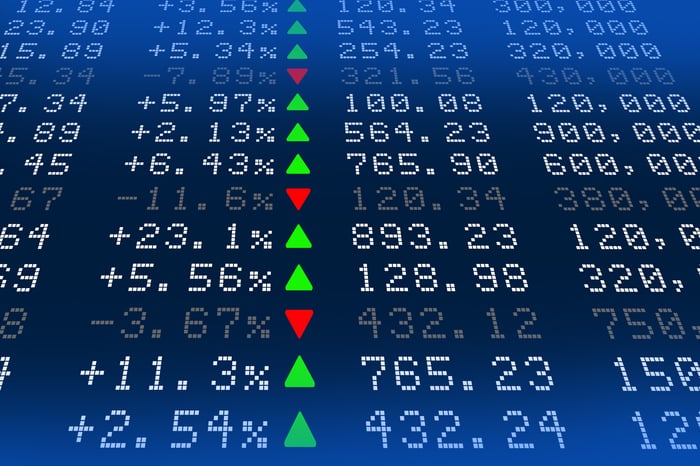 Many of the tech companies that went public last year have made for poor investments.

Square (NYSE:SQ), Fitbit (NYSE:FIT), Pure Storage (NYSE:PSTG), Rapid7 (NASDAQ:RPD), and Box (NYSE:BOX) were some of 2015's biggest tech IPOs. Unfortunately for shareholders, all have performed poorly -- three of the five have seen the value of their shares cut in half.

Let's take a look at why these recent IPOs have been such disappointments for investors.

Square made its public market debut on Nov. 19 at $9 per share. On its first day of trading, it soared almost 50%, rising to a little over $13. Since then, however, the stock has mostly moved lower, and now trades near $9.17. Those who managed to get shares in the IPO are sitting roughly even -- those who bought in on the first day of trading, however, may be down around 30%.

Square's earnings reports have been a mixed bag. The company posted a better-than-expected quarter in February, but then followed it up with disappointment in May. Last quarter, Square lost more money than investors anticipated, although the company's revenue continues to grow rapidly. As an investment, Square's long-term potential may lie with the network of ancillary services it offers its merchant partners. Unfortunately, these services continue to make up only a modest portion of Square's revenue (just under 7% last quarter), and the largest driver, Square Capital, has suffered from slowing growth.

The smartwatch could crush this market leader

Unlike Square (and all of the other companies on this list), Fitbit is profitable. Still, that hasn't stopped it from devastating shareholders since it went public on Jun. 17. The largest maker of wearable devices in the world priced its IPO at $20 per share. The value of those shares surged more than 50% on its first day of trading. But since then, Fitbit shares have fallen nearly 56%.

A steady stream of disappointing earnings reports have largely been to blame. In May, the company gave lower than expected guidance for the current quarter, intensifying fears that its products could be cannibalized by ever more-powerful smartwatches. Fitbit remains the market leader, but competition has been intense, and though its fans continue to buy its new products, investors appear to doubt the pace of its product innovation. Earlier this year, Fitbit released its first smartwatch, the Blaze. Although reviews were largely positive, the stock tumbled following the announcement.

Pure Storage went public on Oct. 7. The enterprise storage company priced its IPO at $17 per share. Those shares actually lost value during the first day of trading, dropping to $16, and have mostly continued to fall since. In the last 9 months, Pure Storage shares have fallen about 27%.

Pure Storage's business has actually performed pretty well, with a series of strong earnings reports that have met or exceeded analyst expectations. In May, Pure Storage posted first-quarter revenue and earnings that were better than expected. Still, the beat was narrow, and guidance was only in-line with analyst estimates. Pure Storage is a rapidly growing, innovative flash storage company, which makes it difficult to compare to more established firms, but stocks of flash and hard drive-makers have stumbled in recent months, which may have weighed on Pure Storage shares.

It's been a difficult year for cybersecurity stocks

Cybersecurity firm Rapid7 made its public market debut on July 17, pricing its IPO at $16 a share. The value of Rapid7's shares rose nearly 70% on its first day of trading, but since then, investors in the fast-growing company haven't done so well. Shares of Rapid7 have lost nearly 50% of their value over the last 12 months, and are now sharply below their IPO price.

Rapid7's earnings have generally exceeded analyst expectations, but not to a large extent. In May, it turned in an adjusted loss per share of $0.23, which was only $0.01 better than estimates. Its revenue rose more than 47% on an annual basis, but was basically in-line with analyst projections. For a company that's still in the midst of rapid growth, investors often look for larger beats. At the same time, many of its fast-growing peers in cybersecurity have seen the value of their shares tumble, which may have limited investor interest.

Building a platform around a commodity

Cloud storage provider Box priced its IPO at $14 a share last year. On Jan. 23, its first day of trading, Box shares rose more than 65%. But over the last 18 months, Box shares have fallen nearly 54% -- and at around $10.70, Box shares are well below their IPO price.

Last month, Box shares dropped nearly 18% following a disappointing earnings report. Box's business is growing rapidly, but the company remains unprofitable, and its sales aren't rising as quickly as some anticipated. Box's billings growth -- which reflects its future revenue growth -- slowed last quarter. Box's core offering is cloud storage, an increasingly commoditized business. To protect its business model, Box has been working to establish a platform around its core service, but investors continue to doubt its prospects.