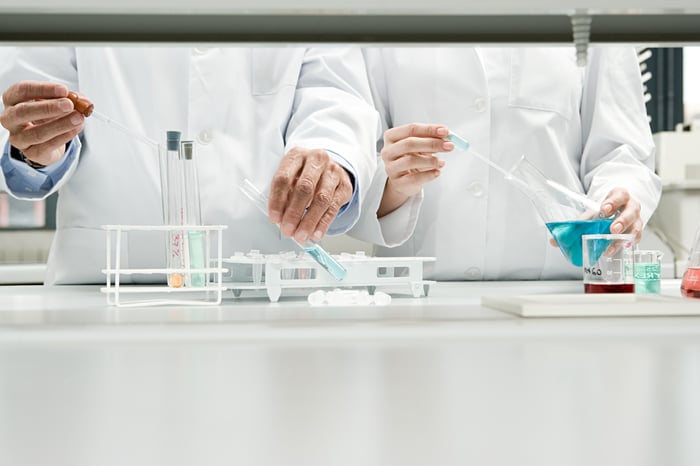 What: Shares of chemical maker Olin Corporation (NYSE:OLN) fell as much as 21.7% today after the company lowered earnings expectations for the second quarter. At 12:50 p.m. EDT, the stock hadn't recovered much and was still down 20.3%.

So what: The biggest news was a reduction in EBITDA guidance for the second quarter from a range of $220 million-$240 million down to $180 million. Management said higher raw material and natural gas costs had about a $15 million negative impact and weak chlorinated organic results fell about $8 million below expectations.

Full-year EBITDA guidance was also reduced from a range of $915 million-$985 million, down to $840 million-$900 million on the year. Weakness in chlorinated organic sales and higher raw material costs aren't expected to let up anytime soon.

Now what: The reduction in EBITDA guidance is very large, so a big move in the stock isn't surprising. Sometimes the market can overreact to guidance changes, but in this case the change is so big that shares almost had to react. Management still thinks normal market conditions will bring in $1.5 billion in EBITDA, but that remains to be seen, and with demand in commodities moving away from the company, I don't see a buy sign on the stock today.