Please ensure Javascript is enabled for purposes of website accessibility
Log In Help Join The Motley Fool
Free Article Join Over 1 Million Premium Members And Get More In-Depth Stock Guidance and Research
By Scott Levine – Jul 24, 2016 at 8:49AM

This state -- true to its motto -- is looking ever upward toward increasing its renewable energy resources. 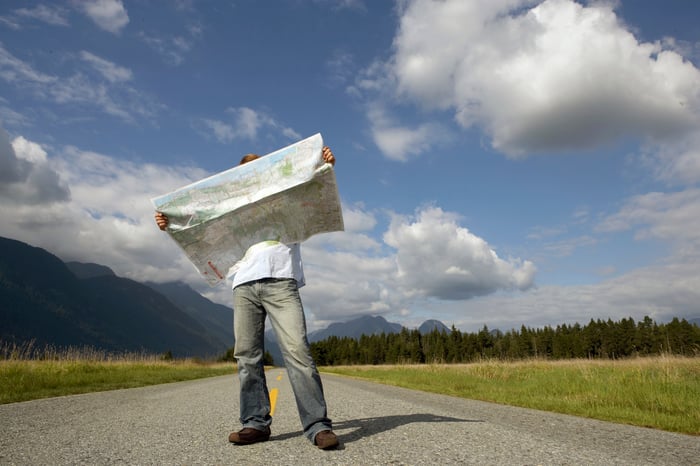 Nope, try again -- it's not California. Don't feel bad; most people probably thought of the Golden State first, too. But back east, it's New York that's busy, trying to prove it doesn't have to play second fiddle in leading the adoption of renewables.

In January, New York's governor, Andrew Cuomo,announced the launch of a $5 billion fund meant to expedite growth of renewable energy and other "green" initiatives over the next 10 years. According to the governor's office, the Clean Energy Fund will yield more than $39 billion in overall customer savings and be instrumental in the state achieving the governor's goal of sourcing 50% of the state's electricity needs with renewable resources by 2030.

One group applauding the governor's efforts is the solar industry, since $961 million of the fund has been specifically ear-marked for growth of the solar electric market. The Solar Energy Industry Association (SEIA) estimates that New York State currently has about 716 MW -- enough to power 121,000 homes -- of solar capacity currently installed, and the state is expected to install almost 3,000 more megawatts over the next five years.

Although many companies will contribute to realizing the lofty goal, SolarCity (SCTY.DL) will surely win big. The leading residential solar installer already has a significant presence on the population-dense Long Island, Westchester Country just north of New York City, and the state's capital, Albany. But the relationship between SolarCity and New York transcends the Clean Energy Fund. In May, New York approved a $485.5 million grant (just a portion of the $750 million to be spent in total) to be spent on construction of SolarCity's "gigafactory" currently being built in Buffalo. When completed, the facility is expected to produce up to 10,000 solar panels per day.

Announcing his support of a 90 MW offshore wind project, Gov. Cuomo has his sights set on the Atlantic Ocean in addition to the sun. The governor's goal is an ambitious one considering it would only be the second offshore wind farm in the United States.

Currently under construction, the Block Island Wind Farm (BIWF), when completed, will be the first facility of its kind in the U.S. General Electric (GE 0.31%) is supplying the five turbines for the 30 MW project to Deepwater Wind, the developer of the BIWF.

Offshore wind projects have had an inauspicious beginning in the United States. What was expected to be the first offshore wind farm, Cape Wind -- after surviving more than 10 years of litigation -- was indefinitely put on hold because of the developer's failure to meet numerous filing deadlines. And in New Jersey, Gov. Chris Christie vetoed a bill, despite approval of the state legislature that would have cleared the way for development of a facility in waters off of Atlantic City.

Should Gov. Cuomo's project (or others) be realized, GE stands to benefit. After its acquisition of Alstom power unit, a global leader in offshore wind turbine production, GE has developed an impressive portfolio of wind turbine offerings. Having already partnered with Deepwater Wind on the BIWF, GE is a likely candidate to supply the turbines for the New York facility, and since it already owns the lease for the site, Deepwater Wind would most likely be the developer of the project.

And the lucky winner is...

It's not just solar and wind that are attracting all the attention. Utilities are turning to fuel cells as a way to wean New York off of traditional power sources. Converting hydrogen to electricity, fuel cells produce only water and heat as the byproducts.

Long Island's power utility, Public Service Enterprise Group (PEG 0.36%), will begin accepting bids on August 1 in response to a request for proposals (RFP) for up to 40 MW of multiple fuel cell projects to be located in the service areas of Long Island and New York. One of the prime contenders to win awards for these projects is FuelCell Energy (FCEL -0.57%). A leader in using fuel cells for stationary power applications, FuelCell -- which has already developed several projects on Long Island -- intends to submit multiple bids into the RFP.

According to FuelCell, it has more than 125 MW of fuel cell projects on which it has issued bids throughout 2016. The company is optimistic about its chances to win awards for many of these projects, and in all likelihood, it will continue to bid heavily into future RFPs since the company sees this as a key driver of revenue growth.

The formation of the Clean Energy Fund, Gov. Cuomo's endorsement of offshore wind, and PSEG's interest in fuel cell solutions are just a few examples of how New York is deploying vast resources toward the cultivation of renewable energy resources. But New York isn't alone. Despite the Supreme Court's stay of the Clean Power Plan's implementation, many states -- all but 13 -- are forging ahead in order to meet the targets of various renewable portfolio standards. Overall, the events in New York demonstrate that investors have a variety of options if they're interested in the renewable energy sector.