Interested in the energy-storage market but don't know your options? One of these three companies might be the right one for you. 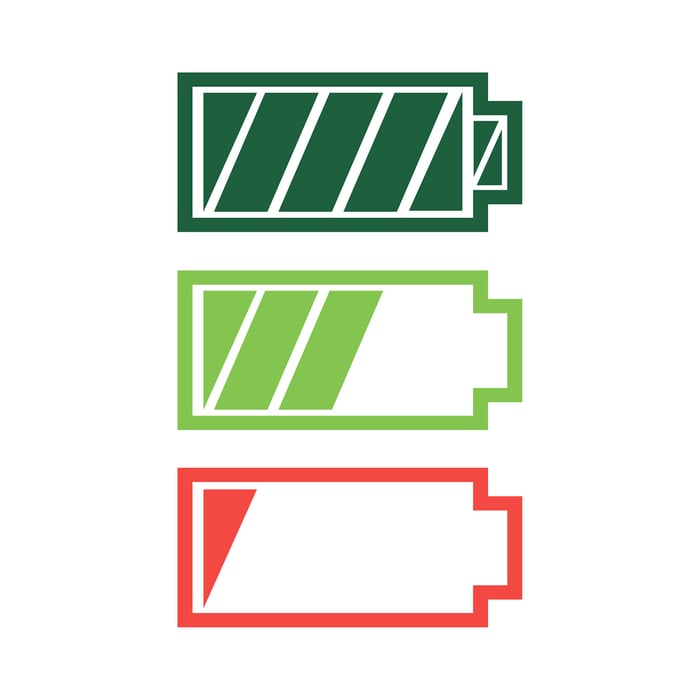 In recently revealing his long-term vision for his company, a certain Tony Stark-esque CEO suggested that energy storage is a viable market opportunity. Without a doubt, Elon Musk and Tesla Motors will play a key role in the market, but here will be many winners -- numerous companies playing integral roles in shaping the rapidly forming, massive landscape. For example, in the utility-scale advanced battery market alone, global revenue is expected to grow from $231.9 million in 2016 to $3.6 billion by 2025, according to Navigant Research.

Energy storage's popularity is also emerging in the political arena. President Obama, in June, announced executive actions and 33 state and private-sector commitments related to energy storage. In all, the investments stemming from his actions could lead to more than $1 billion in energy-storage commitments.

Let's look at some of the industry leaders, which are already forging ahead.

One company leading the charge is The AES Corporation (AES -0.53%). Reporting $15 billion in revenue for 2015, AES is largely involved in traditional power generation. But with operations in 17 countries, renewable energy -- of which energy storage is included -- accounted for 28% of the company's power generation in 2015.

Demonstrating its leadership in the energy-storage industry, AES brought a 20 MW storage facility online this past May. It's the first grid-scale, battery-based energy storage in the Midcontinent Independent System Operator region, which serves 15 states and Manitoba.

Farther east, AES'a Laurel Mountain Storage Array provides grid-stability services for a 98 MW wind farm in West Virginia. Coming online in 2011, the ongoing success of this project is important, as it demonstrates how energy storage can be used to provide support for the intermittent nature of power generation from renewable-power resources such as wind farms.

As states pursue renewable-power assets to meet increasingly stringent environmental regulations, they will need to incorporate energy-storage solutions to ensure that the wind- and solar-generated electricity is efficiently incorporated in the electrical grid.

In addition to providing support for wind and solar, AES suggests that the value proposition of energy storage makes it a worthy investment in and of itself. For example, the company estimates that its two facilities in Ohio and West Virginia have provided utility customers $20 million in savings and will provide $200 million in all through the lifetime operation of the facilities.

Keep current with this leader

Although it's not one of the first names to come to mind when considering energy storage, there's little doubt that General Electric (GE -0.33%) will represent a formidable force in the market.

Experienced with equipment built for traditional power generation, GE is aiming to take a big bite out of the renewable-energy market through a venture called Current. One way it does so is by leveraging its renewable-energy know-how with its Predix data and analytics platform to provide customers with leading-edge solutions.

For example, GE is improving the performance of its wind farms with Predix; consequently, the company estimates its wind turbines yield 20% more in annual energy production. It stands to reason that providing an energy-storage option to supplement the Predix-powered wind farm would be the next evolution. And this, by no means, implies that the company will restrict its options to only wind-farm projects. In time, Current will surely provide energy storage as a solution in areas beyond wind farms.

Even without the help of Current, GE is pursuing the market. For example, in April 2015, the company announced a deal with Con Ed Development, a subsidiary of Consolidated Edison, Inc., for an energy-storage project in California -- the first of its kind for Con Ed Development. Demonstrating GE's versatility in dealing with a range of renewable-energy sources, the battery -- providing 2 MW of power over a four-hour period -- is supplied only with solar power.

Several months later, GE further demonstrated its interest by entering its largest energy-storage deal: the supplying of a 30 MW battery system to Coachella Energy Storage Partners (CESP) for its contract with the Imperial Irrigation District in California. Speaking to the value proposition GE provides, Mike Abatti, president of CESP, said, "We chose GE as the energy-storage system provider for this project because they supplied the most comprehensive solution at a competitive price." Indicating that it's already a competitive threat to energy-storage leaders, GE beat out AES Corp. for the contract -- along with seven other leading vendors -- according to Greentech Media.

And the company isn't relegating itself to only the utility-scale market. Earlier this summer, GE made a push into the residential market by partnering with Sonnen. Though specifics weren't disclosed, Sonnen stated that GE made a "mid-double-digit million-euro" investment for a minority stake.

Lastly, one company that's not quite as far along as AES and GE but will certainly compete strongly in the market is Johnson Controls (JCI 0.44%).

Building its battery know-how largely through the automotive market, Johnson Controls is aiming to leverage that expertise and build upon the solutions it already provides for both facilities and utilities.

Paired with its industry-leading building automation technology, energy storage is an opportunity that the company is extremely well positioned to seize. And the fact that it's merging with fire and security solutions leader Tyco International suggests that Johnson Controls will soon be able to offer building operators a fully integrated, comprehensive solution.

Although the energy-storage market is still in its nascent stages, several companies are emerging as pioneers -- among them AES, GE, and Johnson Controls. But although they have a firm foothold in the market, energy-storage offerings currently don't represent a significant revenue source. This is a long-term story, however, and in time, it's likely that these companies will profit.