Which of these two telecom stocks is the better bet for investors? 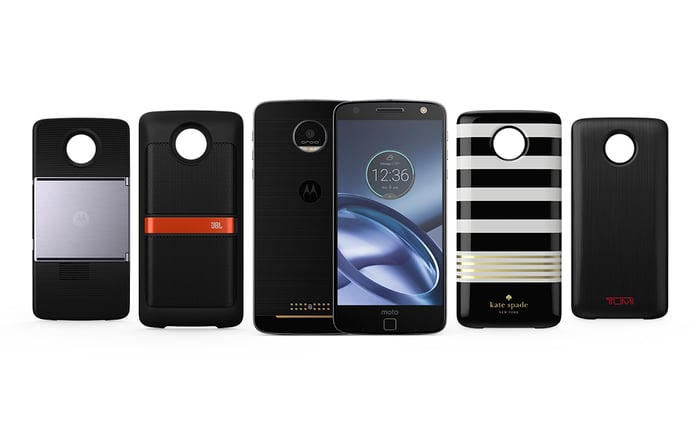 T-Mobile (TMUS -1.17%) and Verizon (VZ -2.91%) collectively control more than half of the U.S. smartphone market. As of the end of last quarter, Verizon had just over 112.5 million wireless customers, while T-Mobile claimed more than 65.5 million. In recent years, millions of consumers have flocked to T-Mobile for its attractive pricing. Meanwhile, Verizon has maintained its lead by offering a more robust network.

For consumers, a choice between the two companies may come down to price, reliability, and geographic location. But for investors eyeing up the two telecom giants, there are many other factors to consider. Back in March, I compared the two stocks and ultimately concluded that while T-Mobile may offer more upside, Verizon was the better bet for those looking to add a traditional telecom to their portfolio.

Four months later, it's time to take another look and see if anything has changed.

One has performed much better than the other

Since the end of March, T-Mobile stock has risen about 17.60%, strongly beating the broader market -- the S&P 500 is only up a bit more than 5% in the last four months. In contrast, Verizon stock has only rallied just over 3.3%. Admittedly, the gap between Verizon and T-Mobile narrows slightly when you consider the $0.565 dividend Verizon paid to shareholders in May T-Mobile pays no regular dividend, and has no plans to institute one anytime in the foreseeable future.

T-Mobile and Verizon have both turned in earnings reports since March. In April, T-Mobile announced that it had added 2.2 million total new net customers, its 12th consecutive quarter of more than 1 million additions. Of those, almost half were branded postpaid customers -- more valuable, often more credit-worthy, wireless customers. T-Mobile's revenue rose more than 10% on an annual basis, and its adjusted EBITDA almost doubled.

Verizon saw an improvement in its customer retention, with churn dropping below 1%. Verizon added 640,000 retail postpaid wireless customers, and almost 100,000 new FiOS internet customers. Verizon's revenue was roughly constant on an annual basis, but revenue from the Internet-of-Things rose 25%.

The competition between T-Mobile and Verizon in the wireless business hasn't faded in the last four months, but their respective management teams have pursued different strategies, shifting the investment story.

As a company, T-Mobile is for sale, and has been so for several years. Although T-Mobile is publicly traded, German giant Deutsche Telekom owns most T-Mobile stock, giving it control over the company. Deutsche Telekom has made no secret of its desire to sell the wireless operator, and several potential suitors have emerged. Obviously, a deal has yet to be consummated, and it's possible the company won't be acquired. But speculation surrounding the odds of a sale, and what price Deutsche Telekom could ultimately demand, has dominated the discussion. Sell-side analysts continue to recommend the company as an investment mostly because it could be acquired.

"We continue to view T-Mobile as essentially the only way for a domestic or foreign company to enter the U.S. wireless market in a meaningful way." wrote analysts at Gabelli & Co back in May.

In the meantime, T-Mobile has focused on attracting even more subscribers through more aggressive, and somewhat unorthodox, promotions. In June, it rolled out Un-carrier 11.0 with the announcement of T-Mobile Tuesdays: Each week, T-Mobile subscribers receive a collection of gifts. They're generally small and promotional in nature, and in the past have included free pizzas, free rides, coupons, and free Frostys, but serve to differentiate the company and enhance its profile. Earlier this month, capitalizing on the mania surrounding Pokemon Go, T-Mobile announced that subscribers wouldn't have to worry about the game counting against their data cap.

With a market cap of more than $227 billion, it's very unlikely that Verizon could be acquired. Instead, it continues to reward shareholders through a steady improvement in its core business and generous capital return program. Verizon stock continues to yield more than 4% at current levels.

Verizon has made some changes to its wireless business. Earlier this month, it introduced new plans with new pricing and new features. Verizon's plans are now slightly more expensive, but offer more data, making them a better value. Verizon finally offers rollover data (a feature it terms "Carryover Data"), and the ability to use additional data at slower speeds without incurring overage charges. These are perks T-Mobile pioneered several quarters ago, so Verizon isn't blazing any new territory here, but they could help it retain its existing base of customers who may consider bolting for a better deal.

Verizon is a much more complicated business than T-Mobile, with an extensive wireline operation. It also has ambitions of building a compelling digital business. It acquired AOL last year, and will soon add Yahoo! to the mix, giving it ownership of popular web portals and access to millions of users. To be fair, Verizon will have spent less than $10 billion for both businesses, which is typically less than it spends on its network each year. Still, digital seems increasingly important to the company.

In terms of its network, Verizon continues to make progress with 5G technology. In May, Verizon's management said it could soon offer super fast, fiber-quality internet connections over the air to subscribers throughout the country. Notably, 5G will be aimed at residential and commercial customers rather than mobile subscribers, at least initially -- but it could allow Verizon to dramatically expand its FiOS business. To date, Verizon's home internet service has been restricted to a handful of states, mostly on the east coast. That should change if its 5G rollout is successful.

T-Mobile has outperformed Verizon since the end of March, and that outperformance could continue if the company can maintain its rapid pace of subscriber additions. The potential plausibility of a sale could also reward shareholders, though it isn't guaranteed, and any speculation about the deal could drive increased volatility. Notably, given the involvement of the Justice Department in approving any potential merger, T-Mobile stock could see some heightened moves surrounding the U.S. election in November.

Verizon is already a mammoth company with perhaps more limited upside. Its 5G rollout and digital expansion give it an opportunity for growth, but the backbone of its business is likely to remain its wireless operations for the foreseeable future. Still, it fits more of the traditional investment profile telecom investors strive for, with an attractive dividend and reliable business.

Both stocks are attractive, but each may appeal to a different group of investors.

Why Chinese Stocks Tuya, EHang, and Lufax Were Climbing Again
376%