The second earnings season of this year is almost in the history books. It'll be kind of a shame to see it go because it featured plenty of dividend raises. 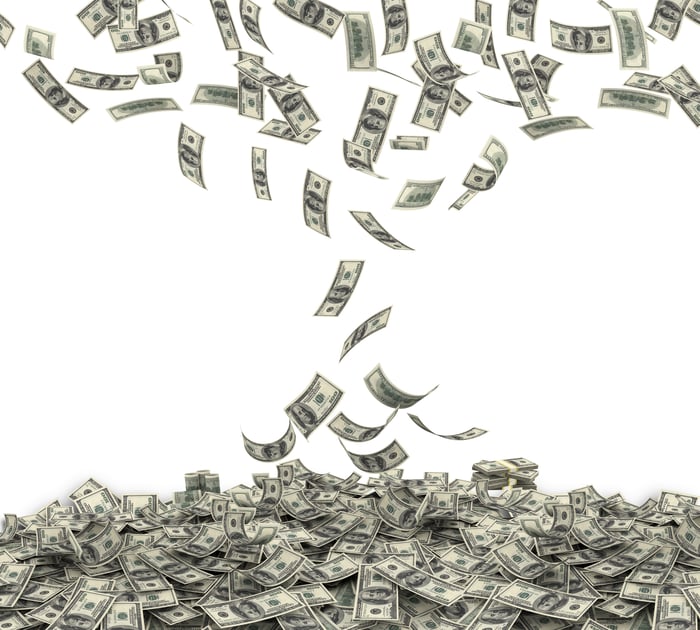 So catch 'em while you can; companies continue to pump their payouts, but their numbers will soon thin out. Meanwhile, here's a look at three raisers of note from last week.

How's this for packing on the pounds? Cheesecake Factory (NASDAQ:CAKE) is making life sweeter for its investors by lifting its quarterly distribution a decadent 20% to $0.24 per share. The company also expanded its share buyback program by 7.5 million shares for a total authorization of 56 million shares.

Cheesecake Factory is notable for posting a long streak of same-store growth figures. This metric has risen, on a year-over-year basis, for 26 quarters in a row.

There is some worry, however, that it might be coming to an end. The latest same-store sales growth figure was a wafer-thin 0.3%. That overshadowed several positive developments for the company, such as decent growth in both revenue and net profit.

Investors should also be concerned about the development of Cheesecake Factory's free cash flow figure, which at around the $80 million mark in 2015 was the lowest it had been in years.

Compounding that, the company has a habit of spending well over its FCF to fund its current dividend and buyback program. Not surprisingly, long-term debt has been on the rise since nearly the beginning of this decade. 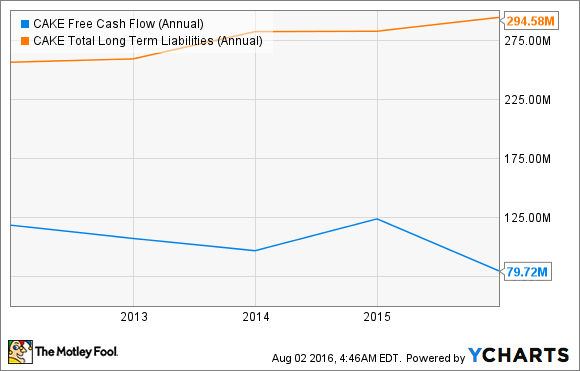 These trends would worry me as an investor and certainly make me concerned for the future of the dividend.

Cheesecake Factory's new payout is to be dispensed on Aug. 23 to shareholders of record as of Aug. 10. In spite of the hefty raise, at the most recent closing share price, it would yield only 1.8%. That's below the current 2.1% of the dividend-paying stocks on the S&P 500.

Thanks to its high profitability, the tobacco sector has traditionally been a great source of high-yielding dividends. Exhibit A: Reynolds American (NYSE:RAI), a habitual raiser that just lifted its quarterly distribution by almost 10% to $0.46 per share. 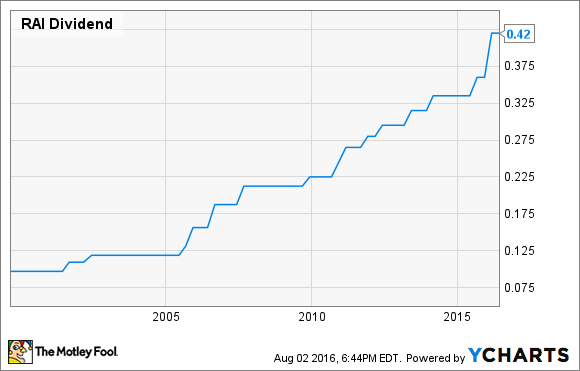 The company also launched a new $2 billion share repurchase program, intended to be completed by the end of 2018.

Its merger last year with Lorillard has pumped up net sales, which rose a mighty 33% on a year-over-year basis in Q2 to $3.2 billion. Adjusted net profit, meanwhile, increased 43% to $828 million.

Yet that Lorillard deal was expensive, necessitating a hefty amount of debt financing. Reynolds American has done a good job paying this down, but long-term borrowings still stood at over $13 billion at the end of Q2. By comparison, at the end of 2014, the figure was $4.6 billion.

Reynolds American's operations are in fine shape, and the company's doing well. That big pile of debt is going to continue to be reduced. But while it does, it'll remain awfully big, and both the new buyback program and the enhanced dividend are costly. So I wouldn't be too confident of this distribution in the near-term future.

The company's new dividend will be paid on Oct. 3 to stockholders of record as of Sept. 12. At the most recent closing share price, it would yield 3.7%.

The world will likely never stop loving pizza. A happy beneficiary of this apparently incurable habit is pie-slinger Papa John's International (NASDAQ:PZZA), which has declared a fresh quarterly dividend of $0.20 -- a 14% improvement over its predecessor.

It's safe to say that 2016 has been a good fiscal and calendar year for the company, with both Q1 and Q2 results showing encouraging year-over-year growth in same-store sales and net profit. Pizza is obviously exporting well, as Papa John's saw particularly robust growth in its operations abroad. 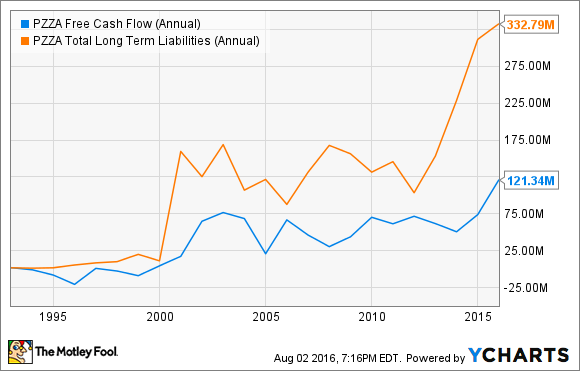 Like fellow restaurateur Cheesecake Factory, the company is fond of spending more than its free cash flow on dividends and -- especially -- buybacks. I'm not crazy about that habit, and even though the company is on enough of an upswing in fundamentals to overindulge for a while, that puts the long-term viability of the dividend in doubt.

Papa John's will hand out its new payout on Aug. 19 to investors of record as of Aug. 8. It would yield 1.1% at the current stock price.