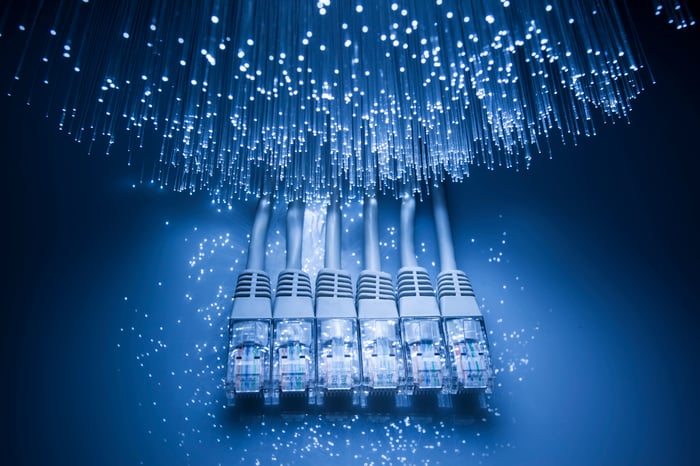 Liberty Global's (NASDAQ:LBTYK) cable and telephone business may be at something of a standstill in 2016, but that hasn't stopped the company from posting solid growth numbers. Demand for cable internet is growing around the world, and even an uncertain economic picture in Europe didn't slow the company down. In fact, subscriber additions are accelerating at the moment.

Here's what you should know about the recently reported second quarter.

What happened with Liberty Global this quarter?

European operations continue to grow steadily, despite some economic turmoil in the region. Currency hedges have kept Brexit from being a meaningful negative for financials so far, although that could be a drag as the year goes on. Here are a few highlights from the quarter:

Solid subscriber and revenue growth was slightly overshadowed on the cash-flow side by investments in infrastructure and debt repayments in the quarter. But given the company's growth, that's a good use of capital. Management is looking to use the solid business position to accelerate share repurchases, and anticipates spending another $3.0 billion by the end of 2017.

European operations continue to be slow and steady cash generators. And the movement of customers to broadband internet should be a tailwind that will help the company for many years to come. Given the stickiness of the mobile and broadband businesses, investors should expect solid cash generation going forward, as well.

Management is sticking to its operating cash-flow growth goal of 7%-9% from 2015 to 2018. On a constant-currency basis, that's a target it should be able to hit long term.