How to look where others aren't and make it work for you. 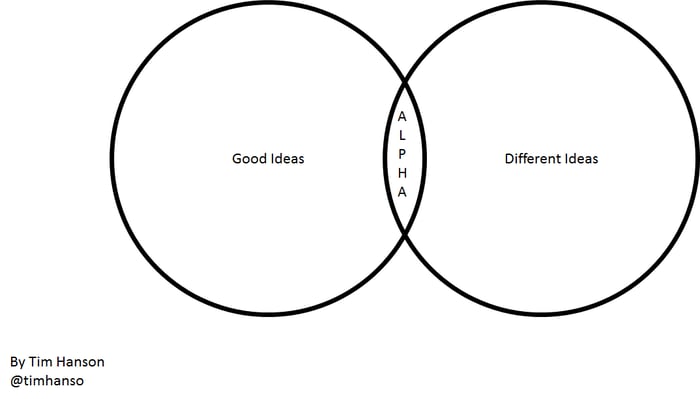 Investors are all after good ideas. Good ideas are how investors earn returns in excess of their benchmark index. But investors also need to be after different ideas. That's because, in the financial industry, if investors all have the same good idea, it will by definition turn out to be an average idea.

To do it, you need to regularly traffic outside your normal investing circles, but not so far that you compromise your commitment to simplicity and consistency. You also have to look at as many good ideas as you do different ideas in order to make sure you're benchmarking both categories fairly against one another.

Yet even then, for the results-oriented, type-A personality, the entire process is frustrating. If you're doing it right, you'll spend a lot of time not finding anything.

To that end, I've attended a lot of investing conferences. These are conferences organized and paid for by big banks. They bring together bank clients who are investors and bank clients who are corporates in the hopes that the two will hit it off, and then the investor will transact in the corporate's shares, and the bank will earn money by facilitating those transactions in perpetuity.

It's generally a waste of time, because in a best-case scenario, it's five days out of your life (including travel) to gain five to 10 minutes of real insight -- if you're lucky.

The politics of it all

The conference sponsor also arranges one-on-one meetings, which are time slots when an investor client can sit down with a corporate client face to face. Ahead of time, the conference logisticians generally ask the investors to rank which corporates they would like to meet one on one.

Given the limited hours in a day, these one-on-ones have limited availability. What's more, some one-on-ones are more coveted than others. The bank solves this problem by awarding the most coveted one-on-ones to its most valuable clients -- i.e., those who have historically created the most revenue for the bank.

It's not uncommon at these conferences to hear investor clients comparing their one-on-one schedules. And it's a point of pride if one of them got time with a big name when their peer did not. Yet what can be more interesting than anything discussed during a coveted one-on-one is simply observing which companies are the most coveted.

For example, on the Asia conference circuit, Chinese internet search leader Baidu has historically been a very popular company with investors, as well as a difficult company to get time with. They do not take a lot of meetings with investors, and they do not attend many conferences. What's more, when they do attend conferences, they tend to send more junior-level executives. When Baidu finally turned up on the agenda for an Asian investment conference a few years back, demand was fierce.

Because my team of analysts were Baidu shareholders, I dutifully requested my one-on-one. I didn't get it. But I wasn't bothered, as I might have been a few years before, and I wasn't angry, as many others who were denied the meeting appeared to be.

Why? Because Baidu was not going to be a source of five to 10 minutes of insight. The remarks would be too scripted, the audience receiving them too large. The note I made -- and perhaps it's a crude one -- was that Baidu was wildly popular and steeped in bullish sentiment, so selling our shares for any kind of valuation reasons would probably be shortsighted.

But to find more good and different ideas, I began to take a different approach to one-on-ones.

One-on-ones with no one

It became a best practice on our team to stop requesting one-on-ones ahead of time. Instead, we'd get to a conference and take an open schedule to the logistics desk and ask them to fill it with the companies who had no other meetings booked. These were the least desirable names at the conference, and we wanted to meet with all of them.

We had a hypothesis that all of the millions of people working in the investment industry around the world today are roughly the same level of smart. What's more, we all generally attended the same kinds of schools, took the same kinds of courses, and learned the same types of analysis techniques. Assuming that's at least somewhat accurate, we're all going to generate approximately the same results, because we're all looking at the same companies through the same lenses -- and struggling to beat the market, as most active managers do.

One can achieve differentiation, however, by taking that aptitude and those techniques and applying them to a unique universe of names. That's why we wanted to talk to the cast-offs. They gave us a chance to be different and, therefore, potentially better.

Most people -- and certainly the A-list -- have gone home, on both the corporate and investor sides. The people who remain are junior and exhausted. Nobody's heard of any of the companies on the presentation schedule. The coffee pots aren't getting refilled. Jackets are wrinkled; ties are optional. The bathroom smells terrible.

Day three is where you can find alpha.

It's tough sledding, though. In a 99% efficient market, there just aren't that many hidden gems out there. Day-three companies, for the most part, are the dregs: weak balance sheets, iffy business models, and questionable management teams. For example, I once sat through a presentation by a start-up mixed martial arts company that intended to compete with the juggernaut in the space -- the UFC, which recently sold for $4 billion -- by having a team-based league format instead of promoting individual fighters. The conclusion of the presentation was the reveal of the cities that had been selected for teams and the associated team names and logos.

What followed during the Q&A was day-three greatness.

An analyst in the sparsely populated room -- not me, though I wish it had been -- raised his hand and said: "You have no ring talent. You have no distribution. What's your business model?"

To which the CEO replied, "I have these logos. And kids love the merch."

But day three isn't all a disaster.

One day-three one-on-one I got assigned a few years ago was with Bank of Georgia. And to be clear, this is the Georgia where the capital is Tbilisi, not Atlanta. I knew nothing about the bank before the meeting, but it was clear why most other investors were staying away. There had been turmoil in the Georgian government, the currency had been volatile, and Russia, Georgia's enormous neighbor, had not exactly been engaged in constructive relations with Georgia at the time -- or with anyone else, for that matter.

Yet what emerged in the course of talking with the management team was a bank with a promising growth opportunity, an entrepreneurial corporate culture, and an efficient cost structure. That meeting marked the beginning of a more thorough research process, and we ended up buying shares of the bank well before other professional institutions caught on to the name.

How to look through rubbish

The key to finding opportunities in the investing world's cast-offs is to look at a lot of them. For every Bank of Georgia, there are hundreds of other public companies hoping that investors believe that kids love the merch. What's more, this is hard and unrewarding work. As you begin to analyze more and more companies, you don't find more and more ideas. Rather, you reject more and more ideas, throwing out more and more of your work product. For the overachiever, this is the pinnacle of pain. No obvious value is being created despite the significant time and effort spent. 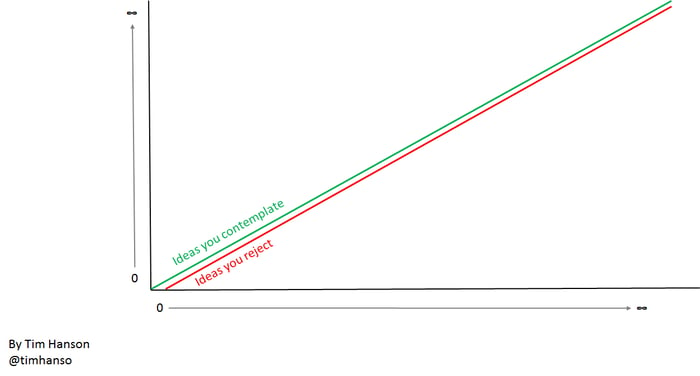 In the course of turning over stones and rejecting ideas, you're increasing the probability that the idea you decide upon is actually promising and will turn out to be good. 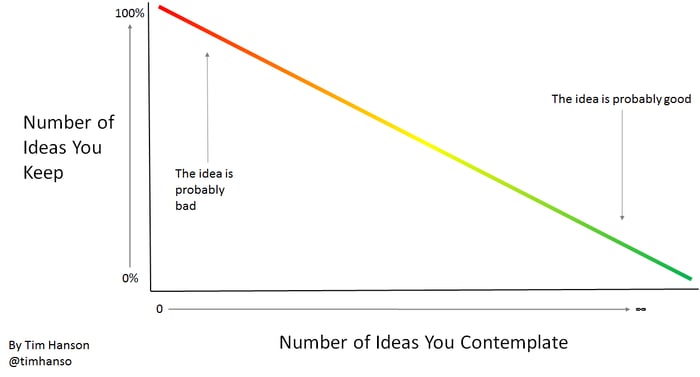 The lesson is not that you should spend all of your time looking at orphans. Rather, it's to invest the same amount of time you spend looking at the Facebooks and Amazons of the world into looking at lesser names. And no matter how many you're looking at, keep just a few.

Finally, never leave any event early. The most interesting things always happen at the end. Even if that MMA start-up doesn't pan out as an investment idea, maybe you'll be able to write about it on the internet somewhere down the line.