Many investors consider Altria (NYSE:MO) -- the biggest tobacco company in America -- to be an ideal defensive play for a volatile market. The company has plenty of room to hike prices to offset slowing cigarette shipments, pays a solid dividend, and has no exposure to volatile overseas markets and the strong dollar.

However, Altria's 21% rally over the past 12 months suggests that too many investors are thinking the same thing. As a result, Altria's P/E of 23 is now near historic highs as its yield of 3.4% sits near all-time lows. This means that investors might want to take a close look at Altria's industry peers for better defensive dividend plays. Here are two stocks that fit the bill -- Philip Morris International (NYSE:PM) and Reynolds American (NYSE:RAI). 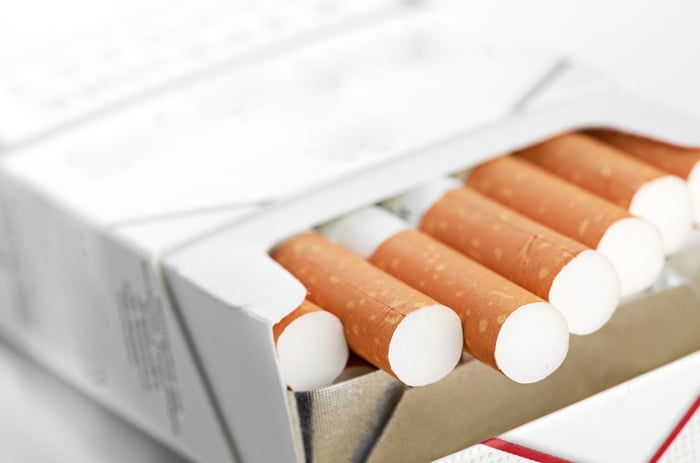 Philip Morris International was spun off from Altria in 2008. The original plan was for PMI to sell the company's brands in higher-growth overseas markets, while Altria (formerly known as Philip Morris USA) would focus on the U.S. market, diversify its portfolio beyond cigarettes, and handle litigation from anti-tobacco groups.

But over the past 12 months, PMI underperformed Altria with a 15% gain due to currency headwinds gobbling up its overseas revenue. Last quarter, PMI's revenue (excluding excise taxes) fell 3.1% annually as reported. Revenue dropped across all regions except the European Union. But on a constant currency basis, revenue rose 1.4% and improved across all regions except Eastern Europe, the Middle East, and Africa. This means that if the dollar weakens, PMI's sales growth will improve considerably.

PMI's current P/E of 24 is pricier than Altria's P/E of 23, but its forward yield of 4.1% is higher than Altria's 3.4%. PMI also doesn't plan to resume buybacks until the dollar weakens, so it can allocate all its free cash flow toward dividends. That's why it spent 99% of its FCF on dividends over the past 12 months. If PMI resumes buybacks, it's likely to fund them with debt instead of breaking its eight year streak of dividend increases. Altria spent 80% of its FCF on dividends during that period and 8% on buybacks.

Therefore, investors who like Altria's brands but want a higher dividend, overseas exposure, and the benefit of a weaker dollar should take a closer look at Philip Morris International.

Reynolds American, which acquired Lorillard last year, is the second largest U.S. tobacco company after Altria. The company's brands, which include Camel, Newport, Pall Mall, and Natural American Spirit, control 34.5% of the U.S. cigarette market. Altria's brands, led by Marlboro, control 51.4% of the market. Reynolds' Vuse and Newport brands are also respectively the leading e-cigarette and menthol brands in America. 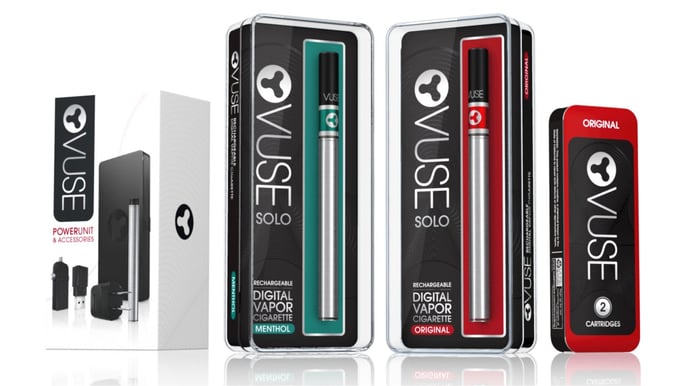 Shares of Reynolds were lifted over the past year by the same two tailwinds which helped Altria -- a strong domestic economy and low gas prices boosting cigarette sales. However, Reynolds stumbled nearly 10% over the past month due to a second quarter miss on the top and bottom lines.

Revenue rose 33% annually (due to the Lorillard integration) to $3.19 billion but missed estimates by $70 million. GAAP net income fell 67% to $0.56 per share. However, both figures were skewed by a $7.1 billion one-time gain in the prior year quarter from the divestment of Winston, Kool, and Salem to Imperial Tobacco as part of the Lorillard takeover. Non-GAAP net income, which excluded that comparison, rose 14% to $0.58 per share but missed estimates by two cents. Those numbers were soft, but the steep sell-off seemed to be an overreaction.

But on the bright side, that sell-off has lowered Reynolds' trailing P/E to 13, its forward P/E to 18, and its forward yield to 3.4%. That makes it fundamentally cheaper than Altria with a comparable yield. Reynolds spent 168% of its trailing free cash flow over the past 12 months on dividends, which might seem unsustainable. However, that payout ratio should decline once debt from the Lorillard acquisition is reduced. Reynolds recently hiked its dividend for the sixth consecutive year.

Should you swap out Altria today?

I believe that Altria is still a solid long-term income play, but the stock certainly isn't cheap and its yield is historically low. Therefore, investors who are looking for better income plays in the tobacco industry can consider replacing Altria with Philip Morris International or Reynolds American.