When a company reports its quarterly earnings, management often presents just a sketch of how the company performed. But equally important for investors is the conference call where management's commentary colors in the sketch, providing the full picture of the company's recent performance.

Let's look at some of management's more notable comments from Plug Power's (NASDAQ:PLUG) most recent call to help discern the full picture for Q2 2016.

The beginning of a beautiful friendship?

Throughout its history, one of Plug Power's ongoing challenges has been diversifying its customer base. In 2015, for example, Wal-Mart accounted for 56.7% of Plug Power's total consolidated revenue -- even worse than the previous year when Wal-Mart and Volkswagen provided 37.2% of revenue.

On the call, management suggested that a partnership formed in the second quarter will help address this problem. Although the new customer's identity is unknown, Andy Marsh, Plug Power's CEO, reported that it is a "leading North American retailer with a global presence." Occurring in the third quarter, the first deployment with the retailer -- which has over 40 sites -- may be just the first of many similar deals:

And we believe there's potential in our discussions that over the next 12 to 18 months, it could be five to six additional sites of the same size. So this first site will actually have -- the first deployment will be over 200 units and that site could grow to be as large as 400 units. So we're pretty excited about that one.

Like other renewable energy sources, fuel cells have relied heavily on federal tax credits to make their high price tags more palatable to potential customers. So it was quite a disappointment when the industry found that fuel cells -- unlike solar and wind -- weren't included in the latest extension of renewable energy tax credits.

Claiming that the lack of inclusion was due to an oversight, management has spent months, maintaining that the renewal of the investment tax credit (ITC) for fuel cells is just around the corner. 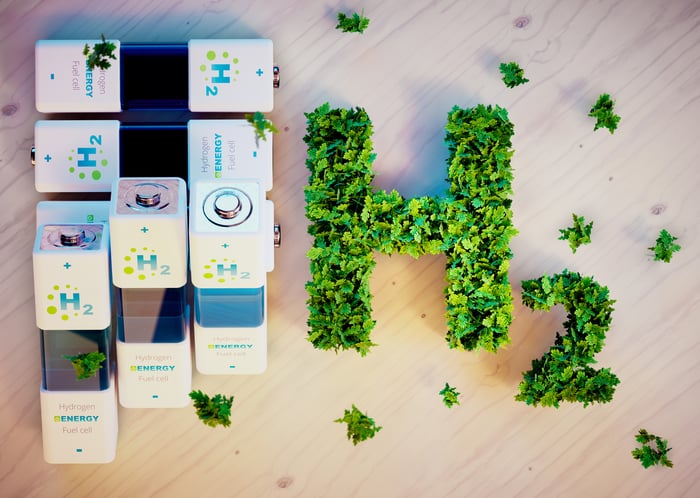 In fact, on the company's previous conference call, Marsh suggested the renewal could be attached to the FAA reauthorization bill scheduled for this summer. But the Senate sent the bill excluding mention of the ITC renewal to the president in July. Nonetheless, management remains confident:

We're working closely and continually with Congress and our coalition partners to make the extension a priority in Congress when members return after the November election.

Supporting his confidence, Marsh reported that management has "identified a number of potential legislative vehicles which can be used to enact an extension," and despite the delay, the renewal is forthcoming.

Lastly, management recognizes that it has not only made great strides in expanding the margin on its GenDrive units, but it also sees ample opportunity to further cut costs of its various products and services as it drives the company closer to profitability. According to Paul Middleton, Plug Power's CFO, the company "continues to make great traction on margin improvement. And our success is indicative of our ongoing progress both in terms of volume leverage and cost-down initiatives, demonstrating the focus we have on driving all offerings to 30% margin profiles or greater over the longer term."

Management's focus on the long term is admirable; however, investors would benefit from some context. For the second quarter, management reported that it achieved a 39% margin on its flagship GenDrive units -- a vast improvement over the 26% it reported for the same period last year. Evidently, this fits in well with Middleton's 30% margin profile target. In fact, Andy Marsh, later in the call, stated his opinion that in the long term " the GenDrive business itself long term can be a 45% gross margin plus business." But zooming out a little, we find that management has also targeted an overall gross margin for the company of about 12% for fiscal 2016, making 30% seem like a goal not quite attainable for some time.

Nonetheless, management believes that in addition to cutting costs in the GenDrive units themselves, it can reduce its expenses in the development of its hydrogen infrastructure. According to Marsh, the company is continuously working on "how to simplify and reduce the cost of hydrogen: infrastructure, which we believe can become a significant business for Plug in the future."

According to management, new customers represented more than 60% of bookings in the quarter, and Wal-Mart only represented about 15% of the bookings. These figures suggest that the company is succeeding in diversifying its customer base, but it will be interesting to see if Plug Power's 10-K for fiscal 2016 actually confirms that there is greater diversity among the main customers contributing revenue.

Regarding the ITC extension, it's not surprising that it didn't appear on the FAA bill, but investors should watch for the renewal by the end of the year. Though Marsh claims that senators have offered to call potential customers and assure them of the tax credit's extension, it seems like there are some more pressing concerns in Washington right now than the ITC renewal. Lastly, investors can keep an eye on the company's gross profit margin. Achieving management's 12% target would certainly be impressive, considering the company reported a negative gross profit margin of 9.6% in fiscal 2015.