Bank of America (NYSE:BAC) needs a shot in the arm.

In the latest quarter, the nation's second-biggest bank by assets earned $3.9 billion after subtracting dividends on preferred stock. That's well below the $7.4 billion in net income that Bank of America needs each quarter in order to create value for shareholders (I'm basing this off a 12.2% cost of common equity).

Higher interest rates would certainly help. Bank of America estimates that it would earn $7.5 billion in additional net interest income a year if short- and long-term rates increased by 100 basis points, or 1%, according to the bank's most recent quarterly filing with the Securities & Exchange Commission.

This wouldn't singlehandedly get Bank of America where it needs to be, but it'd be close. If you divide $7.5 billion by four, it gives you $1.9 billion in quarterly net interest income. Some of that would go to pay taxes, and higher rates may also depress some of the bank's fee-based businesses, but the added income would at least put Bank of America within a reasonable range of earning its cost of capital.

The bad news is that interest rates may not climb any time soon. It originally looked as if they would head higher this year, after the Federal Reserve boosted the Fed Funds rate by 0.25% at the end of 2015. However, concerns earlier this year about lagging economic growth in China, Britain's pending exit from the European Union, and low energy prices convinced the central bank to adopt a less aggressive approach toward monetary policy. 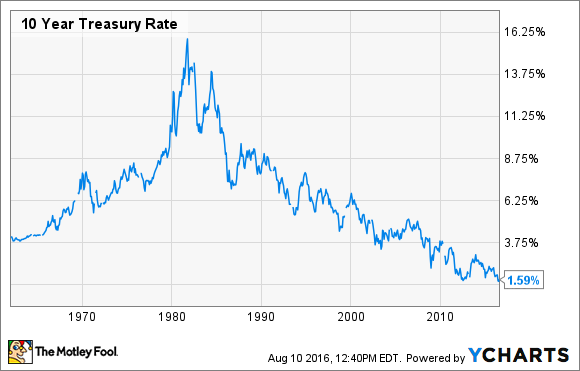 At this point, then, it's anybody's guess when rates will rise. It could be soon, as analysts and commentators have begun to speculate now that we've had two successive months of strong job creation. Or it could be years, if not decades, as has been the case in Japan since a real estate bubble there popped in the mid-1990s.

Bank of America nevertheless wants investors to know that it's intent on growing its earnings either way. Here was its chairman and CEO Brian Moynihan on the bank's second-quarter conference call:

One of the core questions [we get from analysts and investors] is what if rates stay lower for longer? Well, for bank management and for you as investors, it would be easier if rates were to rise, but that hasn't happened. So the question is: Can we grow earnings without rates improving? We believe we surely can.

We can do that by continued success on things like expense management, by keeping NII stable to growing, stable and growing fees and continue to manage risk well and hold down our credit costs.

Whether the North Carolina-based bank can achieve its new cost-savings goal remains to be seen, but success in this regard, combined with even a modest uptick in interest rates, would go a long way toward solving the bank's profitability problems.

How Bank of America Can Earn $7.5 Billion More Over the Next 12 Months @themotleyfool #stocks $BAC Next Article
Current