Whether you understand it or not -- or, like Elon Musk you even fear it -- artificial intelligence promises to become one of the most important areas of technology in coming years. 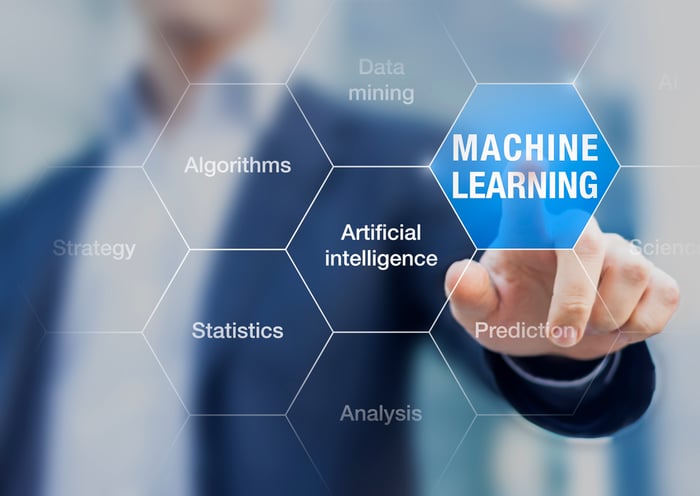 Though certainly far from creating anything bordering on Skynet, tech giants including Alphabet, Microsoft, Facebook, Amazon, and many others have plowed headlong into the burgeoning field of artificial intelligence. Following suit, tech giant Apple (NASDAQ:AAPL) recently demonstrated its own interest in the space by acquiring AI start-up Turi for a reported $200 million. Let's see why.

As a number of major publications have noted, Apple purportedly purchased the Seattle-based Turi in early August for an alleged, but unconfirmed, $200 million. When asked about the buyout, Apple predictably responded with the same boilerplate statement it offers for virtually all acquisitions: "Apple buys smaller technology companies from time to time, and we generally do not discuss our purpose or plans." However, it also doesn't necessarily require much in the way of reading between lines to unpack Apple's intentions with Turi.

Previously known by the name of Dato, Turi provides machine learning capabilities for web and mobile applications. Among its numerous offerings, Turi's technologies analyze massive data sets to help companies better understand and optimize key business drivers like the expected click-through rate for a marketing campaign, the likelihood that a marketing lead will convert to a paying customer, and the chances that a current customer will unsubscribe from a company's service. These represent just a few of the capabilities Turi offers its customers, and they appear to be mostly geared toward developers presently. Either way, purchasing Turi will likely benefit Apple in at least two distinct ways.

Considering Apple's historic penchant for secrecy surrounding its acquisitions, parsing Apple's intentions with Turi requires a certain degree of reading between the lines. But it seems Turi probably benefits Apple in a few ways. 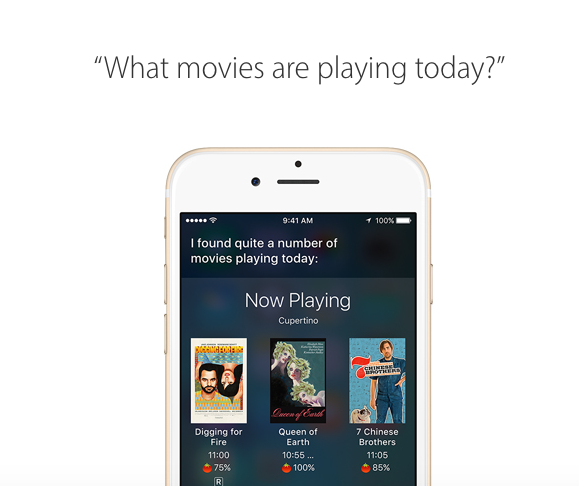 For starters, integrating Turi's machine learning capabilities into several Apple products will help improve their usefulness, which should strengthen Apple's ecosystem in the process. As was widely noted, on the company's most recent conference call Apple CEO Tim Cook cited several ways in which artificial intelligence improves the iOS user experience. For those who missed it, Cook said:

Machine learning enables Siri to understand words as well as the intent behind them. ... We're also using machine learning in many other ways across our products and services, including recommending songs, apps, and news. Machine learning is improving facial and image recognition in photos, predicting word choice while typing in Messages and Mail, and providing context awareness in Maps for better directions.

The consistent theme here is that Apple can apply AI to its services to make them more useful in some way for its customers. By removing or reducing minor pain points, like incorrect autocorrect suggestions in text messages, Apple strengthens its ecosystem relative to its smartphone competitors. Particularly in light of impressive recent offerings in the form of Samsung's Galaxy S7 and Note 7, the pressure is clearly on Apple to continue to improve its own user experience in ways both large and small.

Additionally, Apple could also bake in Turi's analytics and big-data capabilities into its own third-party app development platform. This isn't a guaranteed potential move as integrating Turi's technology into Apple's own products. However, providing app developers with more robust analytics also seems like another way Apple can bolster iOS' appeal as a destination for developers, which carries its own benefits to Apple's overall software ecosystem.

With Turi, Apple seems better positioned to improve its own software products in a host of smaller ways. This might sound insignificant, but with billions of dollars on the line each quarter, minor differences can translate into a major impact for a financial behemoth such as Apple.

Furthermore, the company's demonstration that it understands the importance of building out its own suite of AI capabilities also bodes well for its competitive position in a future where machine learning and artificial intelligence will play an increasingly prominent role in our daily lives. Because of that, the decision to purchase Turi seems like a small, but potentially meaningful, win for Apple and its shareholders.