The former Fed Chairman thinks interest rates are about to rise.

There's only one thing standing between Bank of America (BAC 1.09%) and a much higher stock price, and that thing could soon go away, says Alan Greenspan.

"I cannot perceive that we can maintain these levels of interest rates for very much longer," the former Federal Reserve Chairman says in a Bloomberg Radio interview that's scheduled to air over the next two weekends.

"They have to start to move up, and when they do, they could move up and surprise us with the degree of rapidity which may occur," he went on to note, according to Bloomberg's Rich Miller.

If Greenspan is right, which is a big if given that no one can precisely predict the timing or direction of interest rates changes, it would be a windfall to the bank industry. And few would benefit more than Bank of America.

Higher interest rates are good for banks because it means their loans will yield more. You can analogize this to owning dividend stocks -- those with higher yields generate more income.

In addition, one of the unique things about Bank of America is that an interest rate increase would translate into a substantial one-time boost in interest income from its securities portfolio. As I discuss here, this is thanks to the idiosyncratic way the North Carolina-headquartered bank accounts for income from mortgage-backed securities.

How big of an impact would higher rates have? A yuuuge one.

Let's assume Greenspan is right and short- and long-term interest rates increase by 1%. Seems marginal, right? After all, even if rates did increase by a percent, they'd still be well below their long-run average. 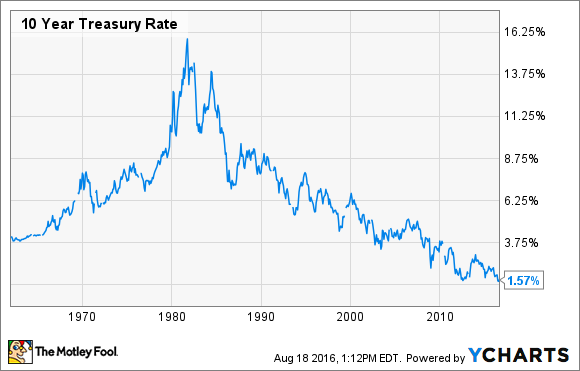 But although the change in interest rates looks small, it would dramatically improve Bank of America's earnings. According to the bank's latest estimate, a 1% increase in rates would translate into $7.5 billion in additional interest income over the next 12 months.

Let me put that in perspective: Last year, Bank of America's total earnings attributable to common shareholders were $14.4 billion. While not all of the added $7.5 billion would fall to the bottom line -- taxes would claim a portion, and other areas of the bank's business could see a slight decline in revenue thanks to higher rates -- a significant share of it would.

This would obviously go a long way toward improving Bank of America's share price, which is hovering between a 30% and 40% discount to book value.

For what it's worth, then, while Greenspan doesn't have an unblemished record when it comes to economic forecasts, it's fair to say Bank of America and other banks hope he's right.