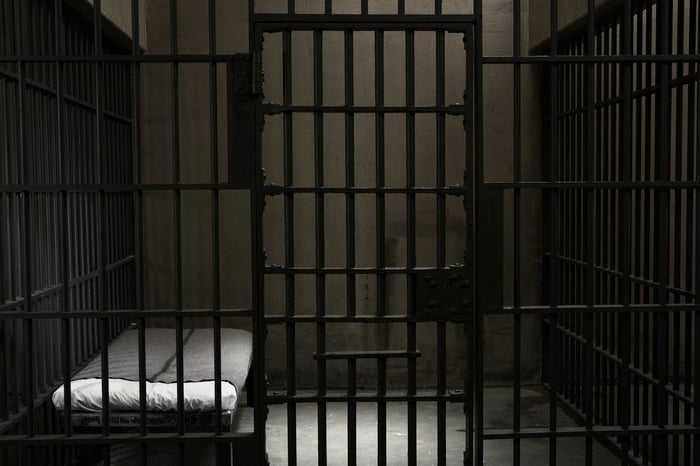 The broader stock market made modest gains on Thursday, with the Dow and S&P moving upward by small fractions of a percentage point that were insufficient to send the measures to new all-time record highs. Overall, investors seemed content to follow the path of least resistance, and in the absence of any reason to reverse course, the general optimism that has pervaded the market throughout much of the summer remained in place.

Some investors have become nervous about the potential for a correction later in the year, but those fears weren't enough to send most stocks lower. However, some companies suffered bad news, and Twitter (NYSE:TWTR), Briggs & Stratton (OTC:BGGS.Q), and Corrections Corp. of America (NYSE:CXW) were among the poorer performers on the day.

Twitter dropped 6% after announcing that it would suspend 235,000 more accounts because of what it called promotion of terrorism. That brings the total suspension count to 360,000 accounts, and Twitter said that it intended to keep fighting against violators of its terms of service.

Even with the moves against violent extremism, however, investors in Twitter remain concerned about the potential for Snapchat and other competing services to take away share from the microblogging site. If Twitter can't take steps to avoid its customers moving to other platforms, thereby reducing the amount of advertising revenue that Twitter can charge to advertising clients, then the stock could end up suffering even more losses than it already has seen in recent years.

Briggs & Stratton dropped 13% in the wake of its fiscal fourth-quarter financial report Wednesday night. The maker of engines for outdoor power equipment said that sales fell 6% on a currency-adjusted basis, citing cooler spring weather in North America and Europe as holding back seasonal sales.

Briggs & Stratton raised its dividend by 4%, to $0.14 per share, but it also gave guidance for the fiscal 2017 year that included predictions of $1.26 to $1.41 per share in earnings on sales of $1.84 billion to $1.89 billion. Despite assertions from CEO Todd Teske that conditions in the industry have improved in June and July, investors want to see more evidence of a rebound before regaining confidence in Briggs & Stratton's future prospects.

Corrections Corp. gets put in solitary

Finally, Corrections Corp. of America plummeted 35%. The private prison operator got bad news from the U.S. Department of Justice, which said that it would seek to stop using privately operated penitentiaries to hold inmates. The trend away from private prisons for federal criminals has been in place for several years, with the number of inmates under private care falling by roughly half since 2013.

Nevertheless, many are concerned that, because the federal government is making the move, states and other clients will follow suit. Until the shakeout in the industry becomes clearer, it'll be hard for Corrections Corp. and its industry peers to recover from today's breakdown.