At least, in 2017, Moon Express will try to put down some stakes.

Good news for Moon Express, and for space investors everywhere: Mr. Jain is going to get his shot at the Moon.

Earlier this month, in the press release heard round the world, the U.S. government approved a plan for privately funded space company Moon Express to land a robot on the Moon. It's taken four months for the government to figure out how to approve a mission of this sort -- which has never been attempted by any private company anywhere on Earth before. Everyone from the Department of Transportation to the federal alphabet soup of FAA, NASA, and NOAA weighed in on the mission, which the 1967 United Nations Outer Space Treaty requires the U.S. government to "authorize and supervise." 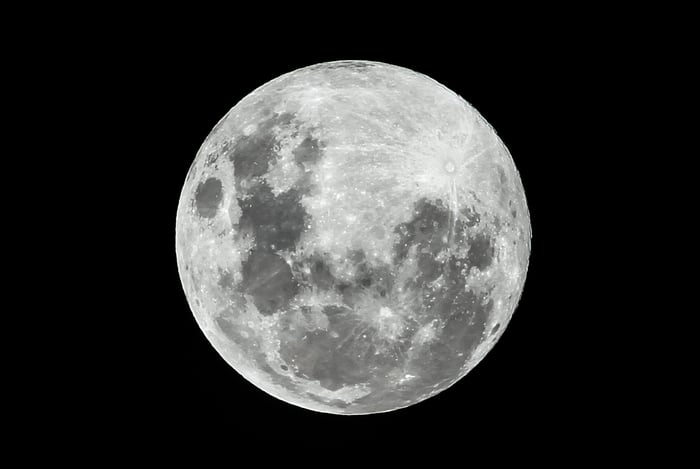 With approval now granted, sometime toward the end of 2017, Moon Express will load its MX-1 robotic lander aboard a two-stage Electron rocket built by another space start-up, Rocket Lab. Departing from either New Zealand or Cape Canaveral, Moon Express will travel 238,900 miles to the Moon, land, fly around a bit, and send back high-definition video proving its accomplishment.

The cost of success: less than $10 million.

$10 million for a Moon mission? How is that possible?

NASA spent $25 billion on its 1960s-era Apollo program (well over $100 billion in today's dollars). Now, a space start-up less than 10 years old says it can return to the Moon for less than $10 million. Is that realistic?

When I first heard of Moon Express's plans, I wondered. And so I reached out to Jim Cantrell, former Chief Technology Officer of Moon Express, and now the CEO of a space start-up in his own right (microsatellite launch company Vector Space Systems). His assessment: It is possible to reach the Moon, but only by taking a different path than everyone else is currently traveling.

After seven years of crunching numbers, the solution Moon Express came up with was to build its lander in-house, using lightweight carbon-composite materials, permitting use of a smaller rocket to climb out of Earth's gravity well. Of the lander's 495-pound weight, 90% will be kerosene and hydrogen peroxide (fuel for the third stage of the mission, from Earth to Moon), and about 5% will be payload.

And yes, the entire cost will be $10 million for the first mission -- less than $5 million each for the lander and for the Electron rocket to launch it. Additional missions may be needed if the first attempt fails, though, and against that contingency, Moon Express has already bought two more Electron rockets, and has options on two others.

Once you get to the Moon, what is there to do?

"The federal interagency approval of the Moon Express 2017 lunar mission establishes an important precedent for the private sector to engage in peaceful space exploration, bringing with it monumental implications for the advancement of technology, science, research, and development, as well as commercial ventures that expand Earth's economic sphere."
-- Bob Richards, Moon Express CEO

So what "commercial ventures" might one conduct on the Moon? Long-term, mining is one possibility. Experts estimate the Moon holds "trillions of dollars'" worth of resources that can be exploited, ranging from metals (platinum) to fuel sources (helium-3) to resources that could sustain life in a Moon colony (water).

One of the first resources Moon Express might try to exploit, though is...rock. Moon rocks, to be precise.

While (literally) cheap as dirt on the Moon itself, moon rocks are extremely rare on Earth. In fact, those brought back by the Apollo astronauts are illegal to sell. A law signed by President Obama last year, however, grants Moon Express (and the companies that follow it) the right to own resources they bring back from the Moon, rocks included. As Jain confirms, "the law of the land is clear." And as he reasons, if diamonds are valuable on Earth for their rarity, then moon rocks should be even more valuable -- with estimates ranging from $50,800 per gram to $3.6 million per gram on the black market today.

Drill baby drill (on the Moon)

So what's Moon Express's short-term plan? After establishing the precedent for private moon landings, it will set a new precedent. Moon Express plans to send a small rocket to the Moon aboard a larger rocket -- then return that smaller rocket to Earth with a kilogram of moondust aboard. Even if the more optimistic estimates are off by a factor of three (say, 1 kilogram is worth $1.2 billion, rather than $3.6 billion), that payload could theoretically yield profits 1,000 times the cost of Moon Express's original investment. Even at the low end, $50,000 per gram, a whole kilogram of these simple rocks from Earth's closest celestial body would be worth over $50,000,000 -- making Moon Express' first trip an instant profit even ignoring the Google-funded prize money.

Those profits can then be used to finance future Moon missions.

The big picture for Moon Express

In the medium term, Moon Express thinks it can do good business transporting commercial and scientific payloads to the Moon for about $3 million per kilogram (that's $30 million per 10-kilogram payload when launched aboard Electron rockets -- more if Moon Express switches to a bigger rocket). As early as next year, the initial Moon landing will deliver a lunar mapping project for the University of Maryland, a lunar telescope for an international organization, and other small payloads. Google, for example, wants to set up a camera to stream video from the Moon for display on YouTube.

At least, that's the plan. In truth, it's hard to say precisely what Moon Express will end up doing on the Moon. After all, the company has to actually get there first. One thing is certain: Once privately owned Moon Express proves it can land on the Moon, successfully and legally, while earning a profit from doing this, competition will be sure to follow -- perhaps even publicly traded companies that we can invest in.

So get ready to start the countdown, folks. Nearly 50 years after Neil Armstrong first set foot upon the Moon, Earth's neighbor is finally ready to open for business, and for investment. And thanks to the President, and thanks to Moon Express, it could all begin as early as next year.

Fool contributor Rich Smith does not own shares of, nor is he short, any company named above. You can find him on Motley Fool CAPS, publicly pontificating under the handle TMFDitty, where he's currently ranked No. 301 out of more than 75,000 rated members.

Suzanne Frey, an executive at Alphabet, is a member of The Motley Fool's board of directors.The Motley Fool owns shares of and recommends Alphabet (A shares) and Alphabet (C shares). We Fools may not all hold the same opinions, but we all believe that considering a diverse range of insights makes us better investors. The Motley Fool has a disclosure policy.