These three companies have strong business models that will stand the test of time. 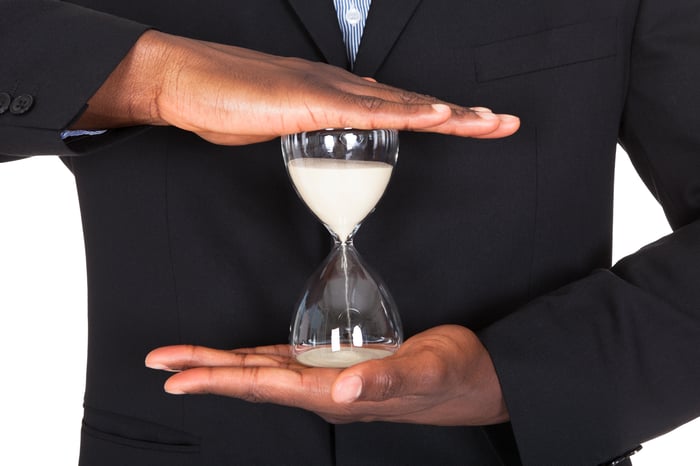 With that in mind, here's a list of three stocks I think are great candidates to buy and hold for the ultra long term.

It's hard to predict how consumers' tastes will shift over the coming decade, but I'm convinced that premium entertainment experiences will always be in demand. That bodes well for the future of IMAX (IMAX -0.59%), as the company's products help movie theater operators create an experience that simply can't be replicated at home. As a result, theater operators around the world are clamoring to get their hands on IMAX's products, giving this company a compelling long-term growth trajectory.

One reason investors should embrace IMAX is its compelling business model. The company has started to offer theater operators joint revenue-sharing agreements in which IMAX charges a lower up-front cost of installation in exchange for keeping a portion of ticket sales. These agreements are a great deal for everyone involved, but IMAX is the biggest winner, as it turns a one-time sale into a source of recurring revenue. 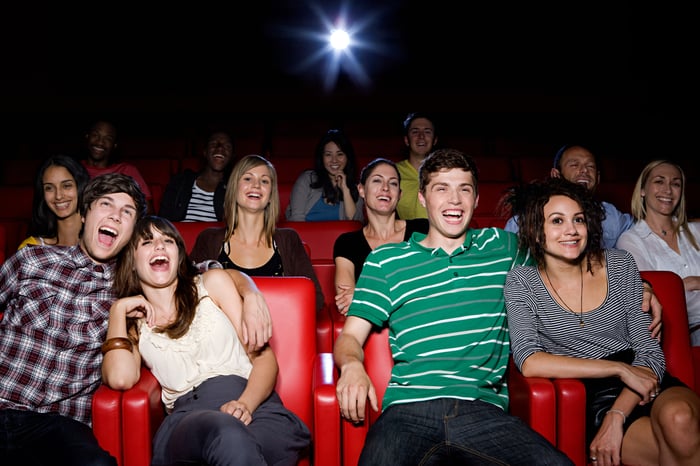 The only potential knock against this company is that its profits tend to be lumpy, given its dependence on hit movies to drive sales. However, as long as the company's network of screens continues to grow, investors should ignore year-over-year fluctuations in the company's financial statements.

I don't think we need to worry about a slowing pace of installations anytime soon, either. IMAX's backlog of theater installations currently sits at 442, which represents sizable growth in its current worldwide network of 1,102 theaters. Better yet, many of these new installations operate under the joint revenue-sharing arrangement, so IMAX's stream of recurring box-office revenue should tick up over time as these theaters come online.

Currently, IMAX is in a bit of a lull, as it's going up against tough year-over-year comparisons. That has caused investors to sell off shares, which currently trade for around 22 forward earnings. With double-digit growth revenue and profit growth likely over the long term, now looks like a great time to buy.

Credit and debit cards have been around for decades, but you might be surprised to learn that roughly 85% of worldwide transactions are still made in cash or check. Because electronic payments are far more convenient for both merchants and consumers to, I have high confidence that the increasing adoption of debit and credit cards will continue for decades to come.

That trend should prove to be a huge long-term tailwind for payment processing giant MasterCard (MA 0.88%). With more than 2.3 billion MasterCard-branded cards in circulation, the company holds a dominant position in an industry poised for growth.

One reason investors should warm up to this company's stock is that it has a resilient and highly profitable business model. Each time a transaction occurs on the company's network, MasterCard earns a small fee. In a sense, MasterCard has established a toll booth on electric forms of commerce, and because it costs the company very little to handle additional volume, its profit margins have soared as its top line has grown over the last decade. 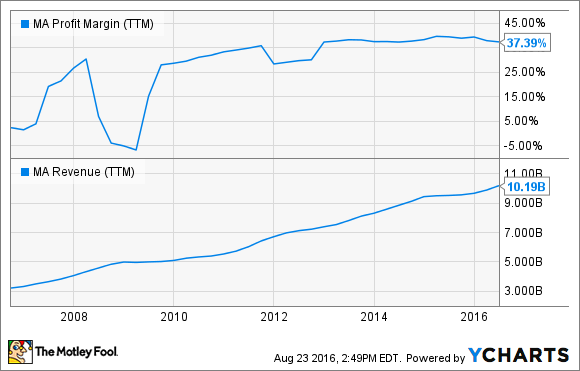 Given MasterCard shares' trailing PE ratio of 28, it's hard to call them cheap, but because I believe the company is poised for years of double-digit growth on the top and bottom lines, I think this is a great company to buy today -- and to buy more of whenever the share price takes an inevitable dip.

The final stock on today's list is Illumina (ILMN 3.62%), a leader in the field of genetic testing. Researchers have been turning to this company's instruments for years to help them sequence the genome, a field that has seen explosive growth over the past decades as costs have plummeted. That has caused Illumina's revenue and profits to surge, growing this company into a $25 billion behemoth.

One reason investors have come to embrace Illumina's stock is its razor/razor blade business model. Operating Illumina's gene sequencing machines requires the continual purchase of high-margin consumables, providing the company with a predictable stream of income. With a growing worldwide install base of more than 7,500 machines, that predictable revenue adds up quickly; it accounted for nearly two-thirds of total revenue last quarter. With more machines installed each quarter, that number should continue to march higher from here.

Another reason to own Illumina for the long haul is Grail. Grail is a company Illumina helped to create that has been tasked with using genetic testing to find ways to diagnose cancer at a far earlier stage than current standard-of-care methods can. That's exciting, as the earlier cancer is detected, the easier it is to treat, so if this venture succeeds, it could potentially save millions of lives every year. Illumina believes the addressable market for this opportunity could eclipse $20 billion in time, which dwarfs the company's current market opportunity.

Illuminia is highly profitable and a top dog in an important and growing field. With a trailing price-to-earnings ratio of nearly 60, there's no doubt that shares are priced at a premium valuation, but with growth prospects galore and a durable business model, this is a great stock to considering buying today and holding for the ultra long term.