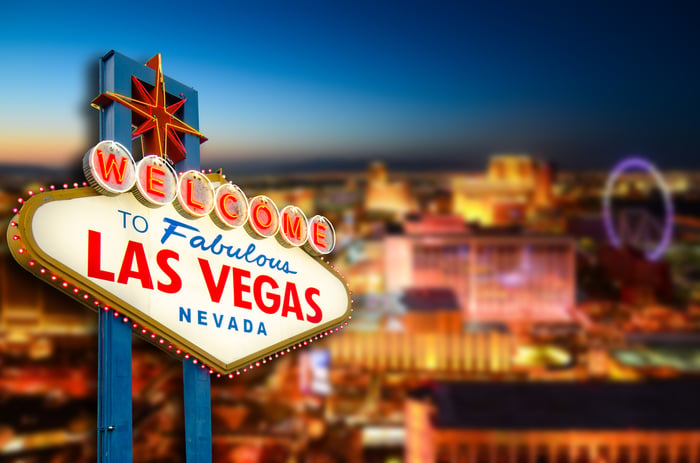 What: Shares of gaming operator Caesars Entertainment Corp. (NASDAQ:CZR) fell as much as 28.4% in trading Monday after getting a negative ruling in court. At 10:45 a.m. EDT, shares were down a more modest 16.3%, but the news was still devastating for the company.

So what: A judge ruled that Caesars Entertainment will have to face $11 billion in lawsuits from bondholders who claim a series of transactions and business formations in 2013 kept key assets out of their reach when subsidiary Caesars Entertainment Operating Company (CEOC) went bankrupt. This was a contentious lawsuit from the start and Caesars wanted to delay it until after CEOC was restructured, but bondholders resisted and are now going to get their day in court.

The very real possibility is that this could drag Caesars Entertainment into bankruptcy. The company doesn't have enough money to pay back all of its debt, and if you include CEOC, it's still losing money. So, bankruptcy might be the only option.

Now what: There's really no reason to bet on a recovery in Caesars Entertainment's shares and I would argue they should be trading lower. Courts have already ruled against Caesars many times in the web of transactions it did in 2013 and a court examiner said they were fraudulent. I think this will end in bankruptcy and shares will continue to fall. But as we've seen since CEOC went bankrupt in early 2015, the process can take a long time.