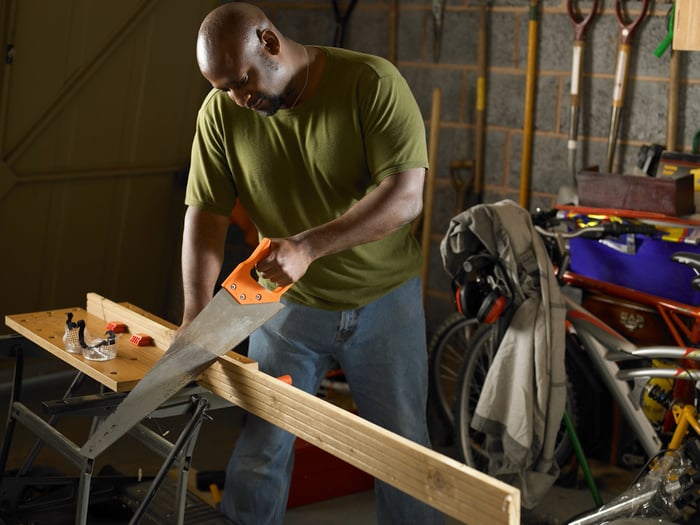 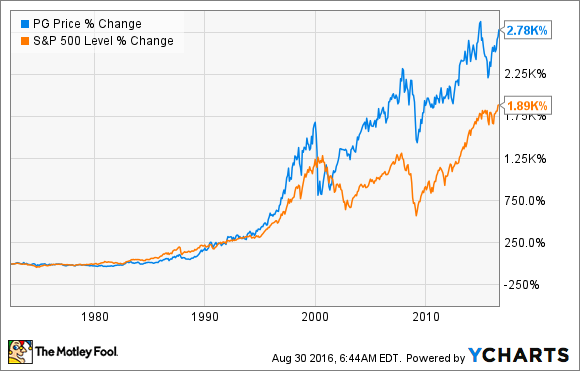 Even more compelling still, the above chart excludes Procter and Gamble's historic excellence as a dividend-paying stock. In fact, P&G has raised its dividend for a truly astounding 59 consecutive years, making the stock one of the most well-established dividend aristocrats on the market today.

Here's a quick snapshot of Procter & Gamble's dividend history over the past five years.

P&G's recent dividend growth may not strike you as overly impressive, but we know that the magnifying power of consistent, annual dividend increases translates to a massive impact over the long term. But when it comes to P&G's historical stock splits, it isn't particularly clear whether Procter & Gamble is due for a stock split any time soon.

In examining P&G's stock split track record, it's difficult to parse whether a split is imminent. There are a few ways to look at P&G's past stock splits to help illustrate this point.

From a stock-price standpoint, it's difficult to divine a real pattern driving Procter and Gamble's stock split behavior. All told, the company has split its shares on five separate occasions dating back to 1983. The clearest pattern -- a likely universal one for most splits -- is that P&G tends to split its stock after it substantially appreciates. Its average stock-price appreciation between splits has been 107%, making its current 59% increase since its past split not particularly convincing that a split is imminent.

From a timing perspective, prior to its last split, P&G had split its shares on average every 5.3 years. It's been well over 12 years since its last split, though it bears noting that timing alone seems like a rather illogical basis for determining when or why a stock split occurs.

One additional factor worth considering is a company's weighting in an index, particularly the Dow Jones Industrial Average, which P&G has been a member of since 1932. The Dow is what's called a price-weighted index, meaning stocks with a larger share price disproportionately influence the index's performance. Though no hard-and-fast rule exists, stocks within the Dow have some incentive to split their shares should their stock nominally appreciate to a significant degree. With its current stock price placing it near the middle of the pack in terms of its weighting in the index, P&G doesn't necessarily seem like a candidate for a stock split.

What's in a split?

It also merits reiterating that, though they attract plenty of investor and media attention, stock splits mean very little in and of themselves. They change nothing in a company beyond simply shifting the number of shares by which a company's earnings are split.

Splits always occur on a per-share basis. For illustrative purposes, an investor holding one hypothetical share of Procter and Gamble stock would receive two new shares of the company, each with half the dollar value of the original share. This will leave the investor with twice the shares at half the value, meaning that, at the end of the day, nothing of substance has really changed with the investor's holdings. So while some investors fixate on trying to predict whether companies like Procter and Gamble will split their stock, they would be better served analyzing the company, its investment, and business outlook instead.

Is Procter & Gamble Due For a Stock Split? @themotleyfool #stocks $PG Next Article
Current