Please ensure Javascript is enabled for purposes of website accessibility
Log In Help Join The Motley Fool
Free Article Join Over 1 Million Premium Members And Get More In-Depth Stock Guidance and Research
By Andrew Tonner - Aug 30, 2016 at 8:45AM

With a stock market debut clearly in the works, the music service must navigate a challenging state of affairs with its labels before it can move forward.

As a paying user and all-around tech nerd, I absolutely love Spotify. However, the investor in me also foresees some dark clouds on the horizon -- though that's not the full picture.

As we know now, Spotify is clearly gearing up for an IPO. There's just one problem: The fundamentals of its business model appear at odds with its massive $8 billion valuation. Worse yet, as emerged earlier this month, uncertainty surrounding Spotify's contracts with several major record labels could further crimp Spotify's already cumbersome cost structure.

According to a report from Music Business Worldwide, Spotify's long-term contracts with the three largest music companies -- Universal Music Group, Warner Music Group, and Sony Music Entertainment -- have all expired.

In a day-to-day sense, industry observers note this isn't particularly problematic. Spotify and the major labels continue to do business by rolling over their month-to-month contracts. Particularly, given the PR nightmare it would trigger, the odds of a major label pulling its catalog from Spotify seems remote.

From an investor's perspective, Spotify's inability to strike a deal with any of the three major labels -- which combined control roughly 75% of the "global recordings market share" -- adds an element of significant risk, though remote, to the company's investment profile. Investors hate uncertainty, and the possibility that Spotify could see a major portion of its catalog disappear seemingly overnight will understandably matter to those considering picking up shares at its forthcoming IPO. However, in an unfortunate paradox for Spotify, securing the stability that comes with long-term deals could actually leave the Swedish streaming giant financially worse off.

Sadly, here Spotify faces a potential lose-lose situation. The company likely needs a deal with the major labels to successfully market its business to investors during the IPO roadshow. However, securing a deal seems likely to increase the royalty rates Spotify pays to the labels. 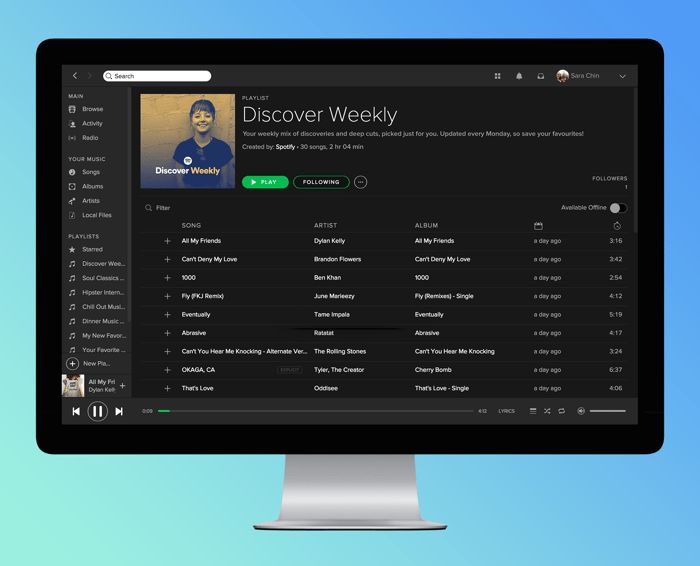 Though not a matter of public record, inside sources indicate that Spotify's current deals require it to pay about 55% of its revenue to labels, which doesn't include payments to music publishers. Either way, Spotify's royalty rate likely remains lower than those paid by Apple Music or Pandora's bankrupt Rdio subsidiary. For context, private sources state Apple pays the labels a royalty rate of 58% of its revenue, and Rdio, on which Pandora will base its own forthcoming on-demand streaming service, paid upward of 60% of its sales as label royalties.

For those unfamiliar with its financial situation, Spotify continues to bleed money. For its fiscal 2015, Spotify saw its losses widen from $177 million in 2014 to $188 million last year even as revenue jumped from $1.2 billion to $2.1 billion. Increasing the rates it will likely need to pay labels only further muddles the financial outlook for the world's favorite streaming service.

As the largest on-demand streaming service, Spotify is something of a grand experiment for tech investors. Accomplishing anything new often requires a fair degree of experimentation. Seen from this angle, Spotify's ongoing pursuit of a sustainable business model seems more than understandable. However, given Pandora's long history of losses and Apple's ability to run Apple Music at a loss indefinitely, the outlook for Spotify's eventual profitability remains a genuine concern. Here's hoping Spotify can successfully pull off this challenging balancing act.