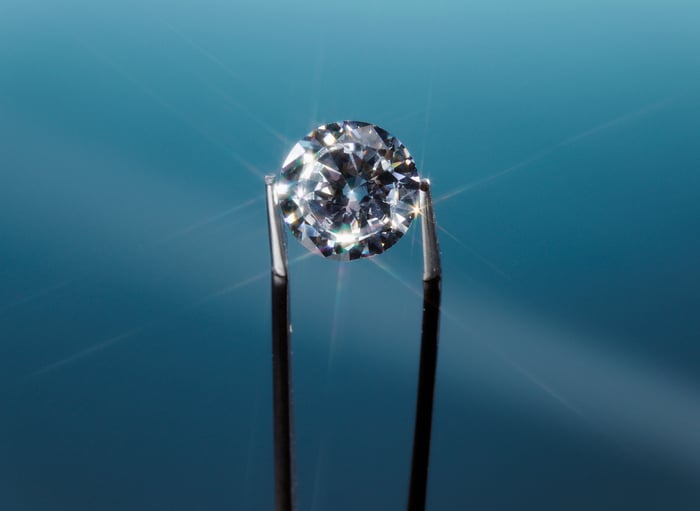 Shares of high-end jeweler Tiffany & Co. (NYSE:TIF) rose 10.6% in August, according to data provided by S&P Global Market Intelligence, after the company delivered a mixed earnings report. Depending on how you look at it, the report could be filled with good or bad news.

The big headline was that worldwide sales fell 6% in the second quarter at Tiffany and dropped 8% on a comparable store basis. But earnings rose 1% to $105.7 million, or $0.84 per share, as lower SG&A expenses helped drive the bottom line.

Analysts were expecting a decline in revenue and earnings, which is why the stock rose last month. Customers around the world are cutting back on jewelry spending, particularly in Europe. And that's putting a damper on demand that may not pick up before the economy takes a turn for the better.

Tiffany feels the economic pinch in a different way than other companies, but it feels it nonetheless. When economies and markets around the world become more uncertain, high-end consumers pull back on their spending, and that can impact Tiffany very swiftly. There's not a massive drop in revenue yet, but revenue will be something for investors to watch long-term. There's only so much cost cutting a company can do, particularly when you're serving wealthy customers, so the cost cuts that helped drive the stock higher last month won't help the company unless revenue begins to grow in the future.