Earlier this week, EOG Resources (NYSE:EOG) announced that it has agreed to buy privately held oil and gas producer Yates for $2.5 billion. While a merger and acquisition transaction such as that is rather common in the oil industry, it is a rarity at EOG Resources. However, given what it is paying for Yates, as well as what it brings to the table, this was a deal it just could not pass up.

Unlike most of its shale-focused peers, EOG Resources avoided acquisitions to build its leading position across most of the country's top shale plays. Instead, it built nearly its entire position organically by exploring for new plays and then leasing up as much acreage as it could once it found a promising prospect. The reason the company chose this approach is due to its view that "growing through the drill bit is the most return-friendly, and therefore, shareholder-friendly means of growth," according to CEO Bill Thomas. 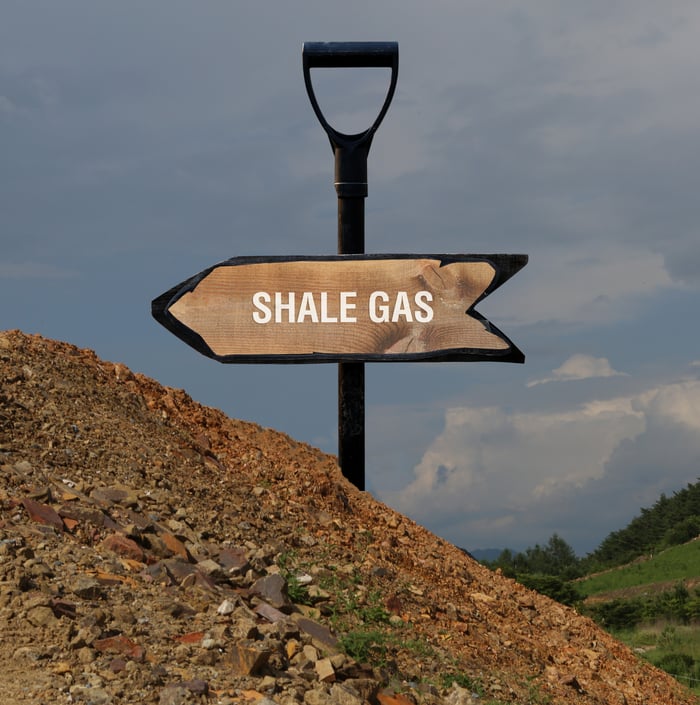 While it would seem that the Yates transaction is a step away from that approach, in reality this deal is all about organic growth. While Yates currently produces 29,600 barrels of oil equivalent per day, that incremental production is not all that important to EOG Resources. Instead, the target here is the fact that Yates controls 186,000 net acres in the Delaware Basin and 200,000 net acres in the Powder River Basin. According to EOG Resources' estimates, those two acreage positions contain 1,740 premium drilling locations, which are those the company defines as wells that can deliver a 30% direct after-tax rate of return assuming $40 oil. That increases its premium drilling inventory by an impressive 40%. It also believes that it can add even more premium locations by applying its expertise to Yates' Northwest Shelf position in New Mexico.

What's remarkable is that EOG Resources got all that premium acreage when acreage in the Delaware Basin alone is fetching a premium price these days. For example, PDC Energy (NASDAQ:PDCE) paid a whopping $1.5 billion last month to acquire 57,000 net acres in the Delaware Basin. That transaction implies that PDC Energy paid roughly $26,000 an acre. Meanwhile, Concho Resources (NYSE:CXO) paid $360 million, or approximately $30,000 an acre, for 12,000 net acres in the Delaware Basin this past January. Those prices represent the going rate for drilling land in the Permian Basin these days, which is a hot spot for M&A. What makes EOG Resources' deal so amazing is that if we allocate the entire $2.5 billion price tag for Yates just to the Delaware Basin acreage, it comes out to a mere $13,000 an acre, which is less than half what its rivals are paying. It would also imply that EOG got the Powder River Basin and Northwest Shelf positions as well as everything else that comes with Yates for free.

EOG Resources received such a great deal because its acquisition of Yates was a private, negotiated transaction and not the result of its winning an auction for the company. Instead, the companies negotiated over several months, with Yates viewing EOG as its partner of choice to unlock the value of its vast acreage portfolio. That partnership resulted in Yates agreeing to a primarily stock-based deal. This decision to negotiate privately and accept mainly stock not only kept the price down, but it shows that Yates' owners believe they will receive far more value by holding EOG Resources' stock over the long term than if they sold to the highest bidder in a cash transaction today.

Oil companies spend a lot of money on M&A to get bigger, but more often than not, the premium they pay for their targets hurts returns. This is why EOG Resources approaches growth differently, typically shunning M&A because it gets better returns via organic growth. However, when the opportunity to combine with Yates came up, it could not pass it up. That is because it was able to add significant organic growth opportunities at an unbelievable price, putting it in the position to create a tremendous amount of value for investors over the long term.