Please ensure Javascript is enabled for purposes of website accessibility
Log In Help Join The Motley Fool
Free Article Join Over 1 Million Premium Members And Get More In-Depth Stock Guidance and Research
By Travis Hoium – Sep 7, 2016 at 8:23AM 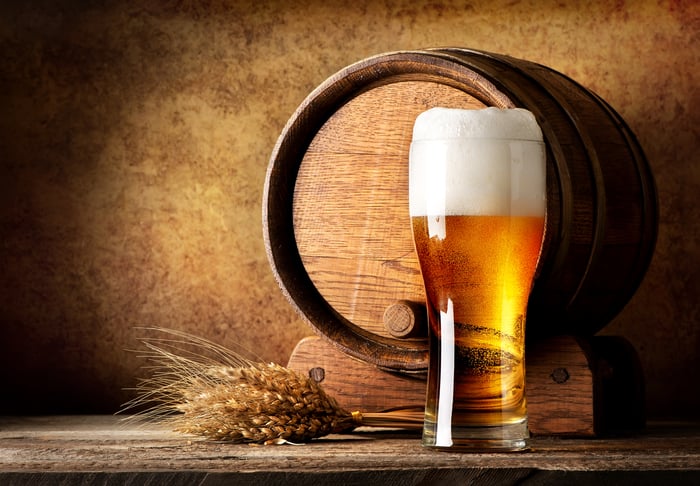 Shares of beer company Craft Brewers Alliance Inc. (BREW) jumped an incredible 69.1% in August, according to data provided by S&P Global Market Intelligence, after reporting earnings and a major partnership.

Second-quarter earnings results got the stock off on the right foot last month. Revenue rose 6.4% to $62.3 million and net income jumped 63% to $2.3 million, or $0.12 per share, on the back of the largest depletions in company history.

In a world where beer companies are gaining more scale to squeeze out smaller competitors, it's almost a necessity for a company like Craft Brewers Alliance to partner with a major brewer. That's why the market liked the Anheuser-Busch tie-up so much. Now, the companies have to realize cost benefits and grow sales internationally. If those two things happen, we could see shares continue to rise in the future.

Travis Hoium has no position in any stocks mentioned. The Motley Fool recommends Anheuser-Busch InBev NV. We Fools may not all hold the same opinions, but we all believe that considering a diverse range of insights makes us better investors. The Motley Fool has a disclosure policy.