Medicare part B premiums could soar for some high-income Americans next year.

This article was updated on February 8, 2017, to reflect current figures, and it was originally published on September 10, 2016.

Based on early estimates last year, Medicare Part B premiums could've jumped to $149 per month for millions of recipients, and they could have eclipsed $475 per month for high-income Americans in 2017. Fortunately, increases came in lower than those amounts, but they still increased substantially for many. Were you among those seniors who saw their monthly Social Security income drop because of soaring Medicare premiums this year? Read on to find out how Medicare premiums are impacting you this year.

There are various "parts" to Medicare. Part A covers hospitalizations, Part B covers diagnosing and treating illnesses and preventative healthcare, such as primary care, and Part D covers prescription medicine. There's also Part C, or Medicare Advantage, which can offer a combination of coverage provided by Parts A, B, and D. 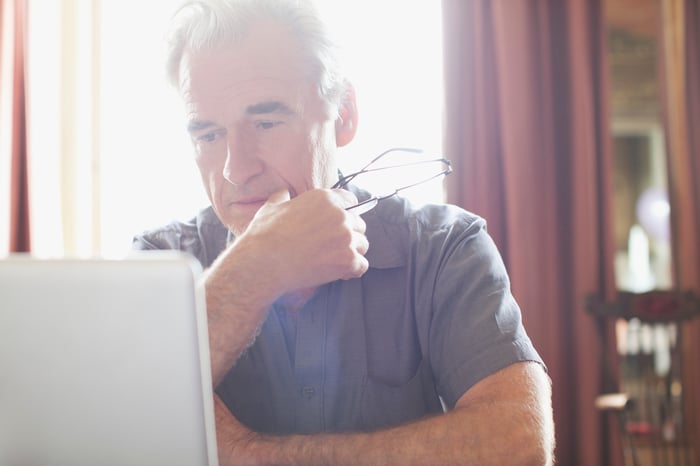 In most cases, Medicare recipients aren't charged a premium for Part A. However, monthly premiums are charged to recipients for Part B and Part D, and they can be charged for Part C too, depending on what the plan covers.

In 2016, Medicare costs increased, but low inflation led the Social Security Administration to forgo a cost-of-living increase. That situation almost resulted in a substantial premium increase for 30% of Part B enrollees.

To make up the shortfall, Medicare's board of trustees estimated that premiums on Part B recipients unprotected by the hold-harmless provision in 2016 would need to pay $159.30, up from $104.90 in 2015.

Fortunately, lawmakers in Washington, D.C. averted that spike in premiums by including a provision in the Bipartisan Budget Act of 2015 that allowed Medicare to borrow money from the general fund, a decision that resulted in Part B premiums for those Americans increasing to a more modest $121.80.

Last June, Medicare's trustees said that a projected 0.2% increase in Social Security income in 2017 would be insufficient to cover the necessary Part B premium increase. Thus, Part B premiums might've spiked for Americans who are unprotected by the hold-harmless provision in 2017.

On average, Part B premium payments were estimated to need to increase 22% to $149 per month in 2017 to make up the difference between collected premiums and Part B costs. That double-digit rate increase could've meant that some high-income Americans would've seen their premiums skyrocket. Fortunately, the final numbers for 2017 were better than feared. In the end, premiums increased by about 4% for many and increased to $428.60 for the highest-earning Americans.

Part B and Part D costs increased by an annual 5.6% and 7.7%, respectively, over the last five years, and those increases are far greater than inflation. Unfortunately, Medicare's trustees project average annual Part B and Part D growth rates of 6.9% and 10.6%, respectively, over the next five years, so there's a good chance that Medicare premiums grow more quickly than Social Security income in the future. If they do, then many Social Security recipients could end up paying far more of their benefit for Part B premiums than they expect.