Please ensure Javascript is enabled for purposes of website accessibility
Log In Help Join The Motley Fool
Free Article Join Over 1 Million Premium Members And Get More In-Depth Stock Guidance and Research
By Adam Levy - Updated Sep 21, 2016 at 10:31AM 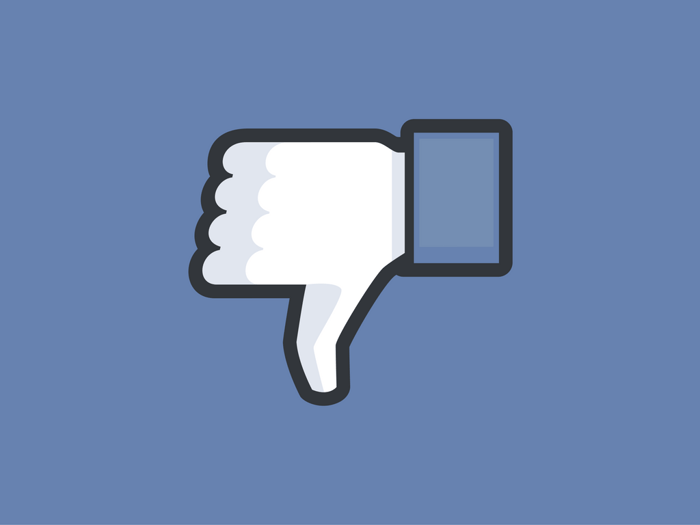 "At the end of the day, it really isn't how you fail; it's what you take away from that and do going forward," the Facebook (FB 0.71%) CEO told an audience in Rome during a Q&A session in August. And that philosophy is found throughout Facebook's operations, as it's shuttered dozens of products and left others to wither away in the depths of Facebook's website or app.

Today we think of Facebook as a mobile powerhouse, but it took a long time before the company released apps designed for iOS or Android. It focused heavily on creating a mobile website, assuming the stand-alone app idea was more of a fad and most mobile users would use their web browsers.

Facebook's first mobile app was just a version of its mobile web page with native iOS and Android code serving as a frame for the website. It was slow and buggy, and the app crashed nearly as often as it worked.

Zuckerberg would later say it was "probably one of the biggest mistakes we've ever made."

Facebook wouldn't release native apps optimized for iOS and Android until 2012 -- just ahead of its IPO. The apps were significantly faster and reliable.

Facebook has since gone whole hog on stand-alone mobile apps. In 2014 it split off Messenger, forcing users to download an app to use the feature on mobile. That paid off with a faster flagship app and a faster messaging app. Over 1 billion people now use Messenger every month.

Last quarter, Facebook generated 84% of its advertising revenue from mobile.

After eschewing stand-alone native apps for so long, Facebook may have overcorrected with the release of Facebook Home. Home was an Android skin that integrated Facebook's features with some of the main functionality of certain compatible smartphones. It did things like put your News Feed on your lock screen and integrate Facebook Messenger and SMS into the standard texting app.

Home launched on the HTC First, a phone specifically designed for Facebook's software. After just a month, the device was marked down from $99 to $0.99. Facebook even ran a television commercial campaign for Home, and it never caught on. It turns out people don't want to cede control of their phones to Facebook even if they do spend all of their time using the app.

Home was one of Facebook's biggest failures, but there are still some positive takeaways for Facebook. Facebook developers gained a deeper understanding of Android, according to then-VP of Engineering Cory Ondrejka. Doing so gave them a better idea of products it could create in the future.

Poke was an app Facebook put out shortly after Snapchat started to grow popular at the end of 2012. It was a blatant copy of Snapchat's main mechanism -- disappearing photo messages. Zuckerberg says the app was built by a few coders in just 12 days as part of a hackathon, a marathon coding session designed to get product ideas off the ground. Facebook released that early version to the app store, and it promptly went nowhere.

Zuckerberg would later say Poke was "more of a joke" than an actual product for Facebook's portfolio. Interestingly, the CEO made those comments only a couple of months after an unsuccessful bid to buy Snapchat for $3 billion.

But Poke gave rise to one of Facebook's most successful failures.

Creative Labs was started at the end of 2013 to encourage developers and designers to create different mobile apps. It's responsible for Facebook's semi-successful new reading app, Paper, as well as its second failed attempt to copy Snapchat -- Slingshot -- among other apps. Perhaps its biggest success is Moments, which automatically shares photos with friends using facial recognition.

While most of Creative Labs' apps were complete flops, Facebook probably expected to fail a lot with these apps. Creative Labs apps were all seemingly designed with low overhead. Moments and Paper -- the two most complex apps -- relied on artificial intelligence Facebook had already developed or acquired for its flagship app. TechCrunch's Josh Constine likened Creative Labs apps to a free play in football -- there's practically nothing at risk and everything to gain.

Importantly, Facebook was able to take what it learned from its failed Creative Labs apps and integrate key features into its flagship app, Instagram, and Messenger. Despite shuttering the project late last year, Facebook still intends to work on more stand-alone apps.

These two products are both examples of Facebook's past attempts to move deeper into commerce. They each had similar functionality, allowing businesses to offer discounts to customers in the same vein as Groupon. The difference between the two is that Deals worked by offering discounts to users who checked in at a retailer's location, and Offers could be promoted to everyone on Facebook (or a targeted segment) through Sponsored Stories.

Neither feature worked out as Facebook was hoping, and both have been discontinued, but both provided Facebook with experience in connecting businesses with users -- a key underlying principle of how Facebook monetizes all of its properties.

Today, Facebook is laying the groundwork to monetize Messenger and WhatsApp, which each have over 1 billion users. Commerce, in particular, is likely to play a big role in monetizing both apps, and the experience from Deals and Offers could have a significant impact on Facebook's success.