Please ensure Javascript is enabled for purposes of website accessibility
Log In Help Join The Motley Fool
Free Article Join Over 1 Million Premium Members And Get More In-Depth Stock Guidance and Research
By Bradley Seth McNew – Updated Sep 21, 2016 at 10:29AM

P&G is one of the world's largest companies -- and one of the most diverse. Here's a snapshot of its 2016 performance and its prospects going forward.

Procter & Gamble (PG 1.79%) reported sales of more than $65 billion for the fiscal year 2016 ended June 30. That revenue came from more than 100 different brands, including some of the most well-known consumer products, including Tide laundry soap, Gillette shavers, and many more. For both the fourth quarter and full year, however, sales declined for the consumer goods giant from the prior year.

Total sales slip, but "organic sales" are on the rise

The top line fell 3% year-over-year in the the fourth quarter and 8% for the full year. While the company was bullish on its future prospects, investors were left wondering if the reported drop in sales would be temporary, or if the risk of rising competition and global growth concerns are continued reasons to worry.

The good news is that organic sales -- a measure of sales growth excluding the impacts of divestitures and foreign currency fluctuations -- were up 2% year-over-year during the quarter, or 1% for the year. The company reported that organic sales should continue growing in 2017. Here's a look at which segments contributed to that organic growth and which still have their work cut out for them.

The leader: fabric and home care

Fabric and home care is Procter & Gamble's largest segment and the only one that enjoyed positive organic volume growth in fiscal 2016. It's also one of the leaders in earnings growth from continuing operations (excluding changes from divestitures and a deconsolidation of its Venezuelan operations).

During the recent earnings call, CEO David Taylor claimed that innovations in laundry products, such as "scent beads" and Tide PurClean, a "bio-based," more natural detergent, are what will lead this segment to be one of its best-performing in the future. Management said they are exiting the lower-cost segment of fabric and home care to focus instead on the upper end of the market and higher-margin products.

P&G is also experimenting with loyalty programs and even delivery in this segment. The company has started "Tide Wash Club" in Atlanta, which offers a subscription service for Tide Pods (think the Dollar Shave Club model, which we'll get to below). As for delivery, P&G is also testing Tide Spin in Chicago, a service that allows users to schedule pick up and delivery of their washing needs.

The poor-performing segment to watch: grooming

Grooming has been one of P&G's worst performing segments of late, with earnings from continuing operations down 13% in fiscal 2016. Even though it's the company's second smallest segment, just about one-third the size of the fabric and home segment by revenue, its pains could continue dragging on the company's growth and results. 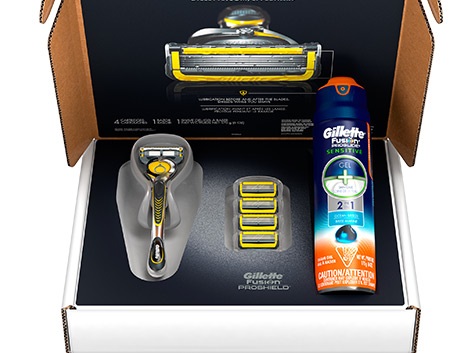 P&G has faced headwinds in grooming from upstarts like Dollar Shave Club, which offers razors as a subscription service. Dollar Shave Club's message is that you don't need too much innovation in razors, and therefore, it can provide a comparable product for less money and hassle.

P&G is currently suing the Dollar Shave Club (which is in the process of being acquired by rival Unilever) for what it says is false advertising that its razors are comparable to Gillette models. P&G is also in the process of suing two other grooming companies for similar patent or marketing offenses.

Even if these lawsuits are successful, they won't be effective in changing consumer preferences as shoppers opt for convenience over brand name. P&G is responding by starting its own Gillette subscription model that could help this segment to begin growing again if it takes off the way Dollar Shave Club has.

Will the new growth strategy work?

P&G's portfolio of brands is actually down from around 170 last year, and it will soon dwindle further to just 65 as the company works to streamline its operations and focus only on its most profitable offerings. Management explained during the most recent earnings call that this divestment strategy is partially to blame for the lowered sales, but the top line pain would be worth it in the years to come since the company will be able to deliver increased profitability.

"Some bright spots are emerging, but it will take time to get fully back to target growth rates," management said during the call. The turnaround seems to be working based on the improving fourth quarter results compared to full-year 2016 -- and 2017 is expected to be even better.

Seth McNew has no position in any stocks mentioned. The Motley Fool recommends Procter & Gamble and Unilever. Try any of our Foolish newsletter services free for 30 days. We Fools may not all hold the same opinions, but we all believe that considering a diverse range of insights makes us better investors. The Motley Fool has a disclosure policy.